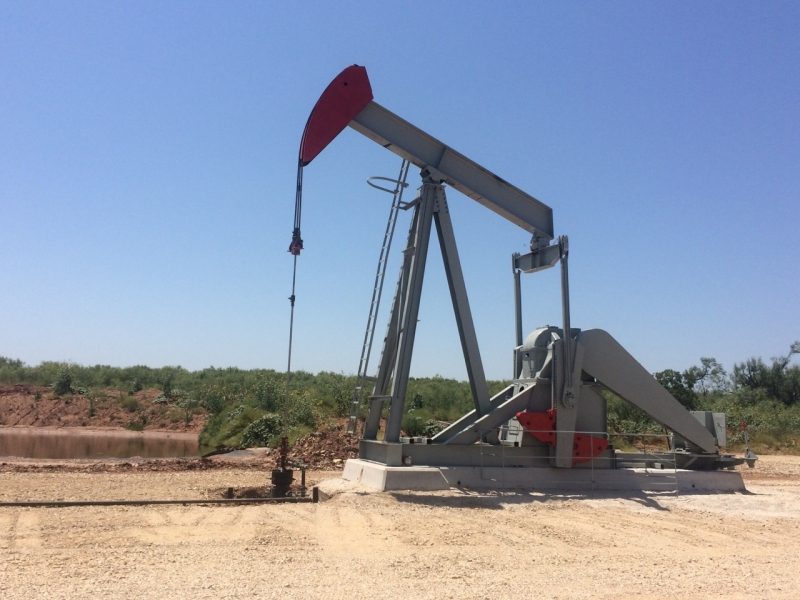 One of the more interesting slices of the oil and gas world is witnessing how innovation is prodding along major changes to the industry.

Sure you have the core of the change, hydraulic fracturing, and horizontal drilling. But I am referring to those paradigm shifts that end up turning those changes into an evolution–a new way of doing business.

Just as layers of technology eliminated the guess work on where to drill, the wired world is influencing the industry as well.

Eagle Natural Resources, an independently owned oil and gas asset acquisition and management company, has tested a new approach to oil and gas development utilizing crowdsourcing on the Internet.

“We’ve integrated with a couple of technology firms that allows us to offer investing opportunities online for accredited investors,” the company’s CEO and founder, Jeremy Paul, said. “Investors are able to create an account and if they want to review and invest in a down energy market via tax-advantaged direct oil and gas programs they now have the ability to do so through eaglenaturalresources.com.”

Currently, Eagle Natural Resources has a growing portfolio of income-producing assets and developmental drilling inventory in Texas, Oklahoma and the Gulf Coast Region. Now they are looking at other shale plays.

Paul explained that integrating the online investing element was tricky. Not only did you have additional regulations due to opening up investing online, but crowdfunding investors typically are not the same as oil and gas investors.

“It’s a lot different process as far as going and getting a regulation crowdfunding deal,” Paul said. “Crowdfunding investors are typically non-accredited investors. They don’t have to verify their annual income or net worth. For our investors, we have to.”

Paul added because they had such a precise target for qualified accredited investors, it streamlined much of the work.

“It was actually somewhat easy to launch that type of offering and create that platform,” Paul said.

The investment process and the investment platform itself is really just geared towards offering investors a way to kind of piggyback on some of these oil and gas plays, according to Paul. The basic theory is that by bringing together a purchasing power of investments Eagle Natural Resources can go and acquire large acquisitions.

“That’s the key, that’s what we are looking for,” Paul said. “Because we always want to keep a drill bit in the ground, but we also want to go and acquire as much property and production that we can right now given the current state of oil prices.”

And oil prices do affect plenty in oil and gas. But first, the goal is finding the properties that match the strategy.

“We mainly look for HBP (held-by-production) properties and look for upside drilling room, further exploit proven undeveloped locations if you will,” Paul said. “As opposed to going out there drilling in someone else’s backyard where there is no oil or gas to be proven. Instead, we go into known homogeneous reservoirs.”

Additionally, Eagle Natural Resources targets financially-distressed energy assets that need an infusion of capital. Their baseline goal for each project is driving a minimum 200 percent increase in production through smart redevelopment.

“ We’ve got Permian Basin assets currently. We’ve also got some assets in the north and northwest Texas area, just off the shelf of the Permian West Texas,” Paul said. “We’ve had a lot of drilling programs that we’ve done in the past, East Texas, South Texas, very shallow stuff. Woodbine, east Texas and some Frio Sand in southern Texas.” Paul added they have also drilled a number of wells in Oklahoma.

“We plan on going out and revamping the acquisition model we have here in Texas, and going and looking at the Stack and the Scoop plays in Oklahoma,” Paul said. “But we are also looking at purchasing PDP, Proved Developed Properties, between all the major plays.”

“Basically where we are right now is where the price of oil is at. Anything prior to $60-a-barrel is an acquisition business model in our frame,” Paul said. “If you hit a certain level of the price per barrel than certain areas are going to be opening up to more investment because things are going to become more economic as the price goes up.”

Paul added there is something that can impact the bottom line almost as much as the price of oil: real estate.

“We have started in the Permian where there are lower lifting costs and production costs, although the acreage prices are going up,” Paul said. “Tremendously, I might add. $40-to-$60,000-an-acre in some cases.” But, rising real estate prices are not everywhere. Neither is a universal break even price. Paul understands patience and timing is very critical to his model’s success in oil and gas.

“You want to be going and looking at these places that others aren’t, because the acquisition prices are going to be much lower for the prices that they are at now,” Paul said. “Especially for the Bakken. The Bakken isn’t really economic past a certain dollar-per-barrel.”

Paul said they were looking at some projects that were somewhere between $60 and $80 a barrel, but since then, lower cost producers are coming in and the Dakota Access Pipeline finished. Paul believes those factors should lower infrastructure prices down somewhat.

“We are looking at some acquisitions up there in the Bakken,” Paul said. “We are definitely looking at the northern shale plays and we want to surround ourselves with some good landmen in the Bakken and Niobrara.”