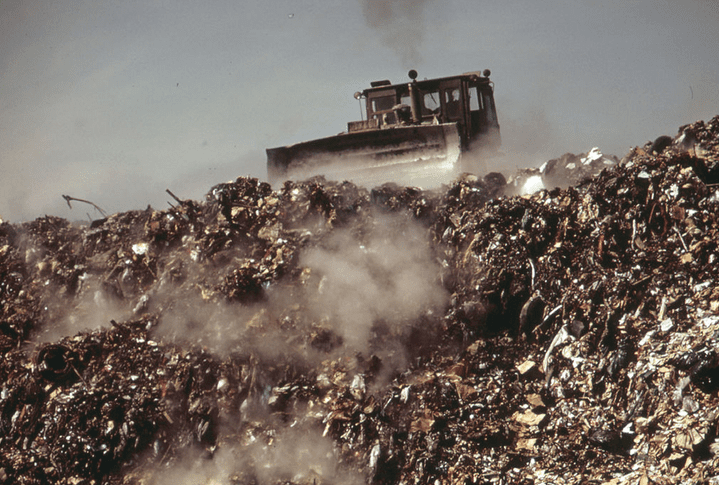 At the end of 2018 Wiederkehr Recycling AG (Switzerland) successfully held the second stage of continuous pyrolysis plant TDP-2-200 commissioning. The pilot run of the plant was carried along with C65 (65 kW) Capstone microturbine. The Thermal Decomposition Plant is equipped with a generator operating on produced pyrolysis gas presented with the maximum declared capacity.

The TDP-2-200 plant, which is designed for automotive shredder residue (ASR) treatment, was modernized and supplemented by gas cleaning system and complies with European Environmental Directives.

What many energy investors are hoping for will be the “Next Big Thing” is a technology called the thermal depolymerization process, or TDP for short. The idea behind TDP is not new – in fact, it’s millions of years old. Take organic matter, subject it to heat and pressure, and eventually you get oil. Of course, in nature, “eventually” is usually an inconvenient number of millennia; the TDP shortens that time to “hours,” if you can believe that. The very approach was developed by Illinois microbiologist Paul Baskis in the 1980s and refined over the next 15 years. The technology was finally developed and patented for commercial use in 1996 by Changing World Technologies (CWT). Brian S. Ap-pel (CEO of CWT) took the technology in 2001 and expanded and changed it into what is now referred to as TCP (Thermal Conversion Process), and has applied for and obtained several patents for commercial use in 1996 by Changing World Technologies (CWT) of West Hempstead, New York. The full-scale plant already in operation in Carthage, Missouri, since 1999.

The TDP is a surprisingly straightforward five-step process. First, raw materials are fed into an industrial-grade grinder where they’re chopped up into extremely small bits and mixed with water. The mixture is then subjected to heat and pressure (around 250 °C and subjected to 600 psi (4 MPa), breaking molecular bonds and reducing the material to simpler components in as little as 15 minutes. The next step is reducing the pressure dramatically to drive off the water; in the process, some useful minerals such as calcium and magnesium settle out as a valuable byproduct. The remaining so-called “black slurry” is then sent to a second-stage reactor where it is heated to 500°C, further breaking down the longer chains, and the resulting petroleum is then distilled in a manner similar to conventional oil refining. The distillation step divides the hydrocarbons into vaporous gas (a mixture of methane, propane and butane), liquid oil (similar to a mixture of gasoline and motor oil), and powdered carbon.

All that to say: garbage in, (black) gold out. The process produces no waste materials, unless you count water, which can be recycled in the system. The gas can be used to produce heat for the machine itself; oil can be sent to refineries to be made into a variety of useful products; carbon can be turned into everything from water filters to toner cartridges; and the remaining minerals can be used as fertilizer.

Virtually any organic material can be fed into a TDP apparatus. By making adjustments to the combinations of temperature, pressure, and cooking times, various input products (referred to as feedstock) can produce a wide range of output products; the proportions of, say, gas to oil to carbon will depend on the composition of the feedstock. The first fully operational TDP system is being used to recycle the waste at a turkey processing plant. All the turkey parts that aren’t used as meat – skin, bones, feathers, and so on – are fed into the machine, thus solving a serious waste problem (up to 200 tons per day) while creating commercially valuable products. But TDP can also process discarded computers, tires (even steel-belted radials), plastic bottles, agricultural waste, municipal garbage…you name it. In fact, the city of Philadelphia is hoping to use TDP to convert the sludge that comes out of its sewage treatment plants into oil, which will later be used to generate electricity.

Nothing is too messy or too scary for TDP to handle. It can make clean, safe materials out of nearly anything. Even medical wastes, dioxins, and other biohazardous materials. Even anthrax, for crying out loud. Apparently, the only kind of material this system can’t handle is nuclear waste.

The Carthage plant produces API 40°+, a high value crude oil. It contains light and heavy naphthas, a kerosene, and a gasoil fraction, with essentially no heavy fuel oils, tars, asphaltenes or waxes. It can be further refined to produce No. 2 and No. 4 fuel oils.

In order to better the plant’s economics if then consumed the full waste output of the nearby turkey processing plant (270 tons of turkey offal and 20 tons of egg production waste daily). At the start of 2005, the Carthage plant was producing about 400 barrels per day (64 m3/d) of crude oil but still was reported to be running at a loss. Further 2005 reports summarized some economic setbacks which the Carthage plant encountered since its planning stages. It was thought that concern over mad cow disease would prevent the use of turkey waste and other animal products as cattle feed, and thus this waste would be free. As it turned out, turkey waste may still be used as feed in the United States, so that the facility must purchase that feed stock at a cost of $30 to $40 per ton, adding $15 to $20 per barrel to the cost of the oil. Final cost, as of January 2005, was $80/barrel ($1.90/gal).

The above cost of production also excludes the operating cost of the thermal oxidizer and scrubber added in May 2005 in response to odor complaints (which, however, should have been directed to the turkey, not to the TDP oil plant).

A biofuel tax credit of roughly $1 per U.S. gallon (26 ¢/L) on production costs was not available because the oil produced did not meet the definition of “biodiesel” according to the relevant American tax legislation. The Energy Policy Act of 2005 specifically added thermal depolymerization to a $1 renewable diesel credit, which became effective at the end of 2005, allowing a profit of $4/barrel of output oil.

It is noteworthy that the Energy-Returned-on-Energy-Invested (EROEI) ratio of the oil-produ-cing TDP is quite high – it is now estimated at 6.67, which is comparable to other energy harvesting processes. To be considered viable as a prominent fuel or energy source, a fuel or energy must have an EROEI ratio of at least three. By comparison, the current processes used to produce ethanol and biodiesel from agricultural products have EROEI in the 4.2 range, when the energy used to produce the feedstocks is accounted for (in this case, usually sugar cane, corn, soybeans and the like) (these EROEI values are not directly comparable, because these EROEI calculations include the energy cost to produce the feed-stock, whereas the above EROEI calculation for TDP does not). For conventional oil and gas produced in the USA EROEI is now estimated at around nine.

TDP pyrolysis plants have proven themselves in Russia and the CIS countries. In particular, the pyrolysis technology offered by IPEC (International Power and Ecology Co.), a world leading producer of waste processing (pyrolysis) equipment, is a unique development in the Russian market. IPEC’s Russian customers include the leading oil and gas companies of the Russian Federation (Rjsneft/RN-Uvatneftegaz, Gazprom Neft, NOVATEK, LUKOIL-Komi, etc.), industrial and service companies ETK KazSlanec, BT-PROMOTKHODY, Apatit, etc.), as well as municipalities and the private sector (like the Kaliningrad Region’s Unified Waste Management System).

However, it should be noted that these TDP pyrolysis plants do not produce any oil, being designed to utilize drilling waste or to burn municipal garbage for electricity.

In 2016, an inter-national certificate was issued for the entire range of IPEC’s TDP-2 continuous pyrolysis plants for compliance with the European Directive ‘On the Safety of Machines and Equipment’ (2006/42/ EC). Compliance with international standards allowed starting deliveries to the European market. Currently, TDP-2-2000 projects are implemented for the Estonian company Aktsiaselts VKG Oil (Viru Keemia Grupp). In Europe, however, no oil is now usually produced from city garbage. Instead, waste (used) cooking oil from restaurants is widely utilized to produce a quality diesel fuel across Europe – in the UK it is being even officially blessed and monitored by the National Environment Agency.

Although it would be easier and less expensive to simply burn the municipal garbage, some U.S. cities are planning or at least deliberating to use the TDP to convert the sludge that comes out of their sewage treatment plants into oil, which will later be used to generate electricity.

There are no published forecasts of oil from garbage production worldwide but, according to the World Bank’s Urban Development Department, by 2025 the amount of global municipal waste will rise from 1.3 billion tonnes per year today to 2.2 bln tonnes per annum, with over 11.6 percent of the total being accounted for by the USA.

We, in the CPBS, estimate that by 2030 only in the States there will be at least five oil-producing TDP plants, located near or within the territory of New York, Los Angeles, Chicago, Houston, and Philadelphia, with a combined capacity of around 3,000 b/d. Surely, not too much and not very impressive but this is only the beginning and, how it was wisely noted on the matter by one U.S. writer, “we won’t run out of oil as long as we have garbage.” 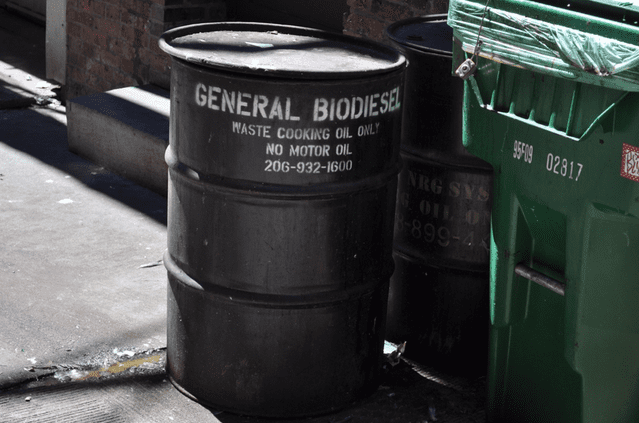 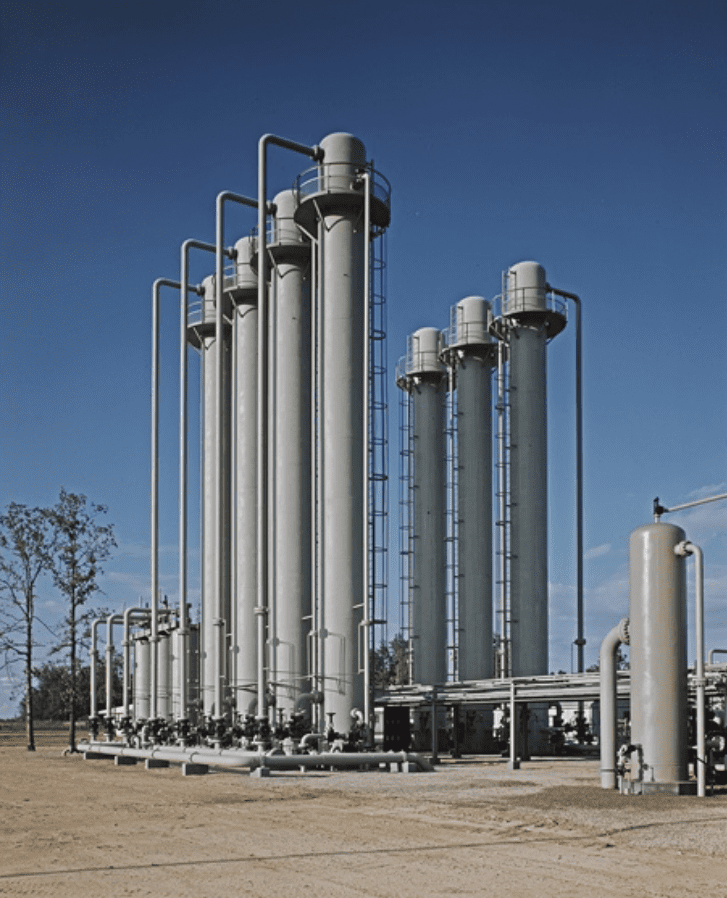