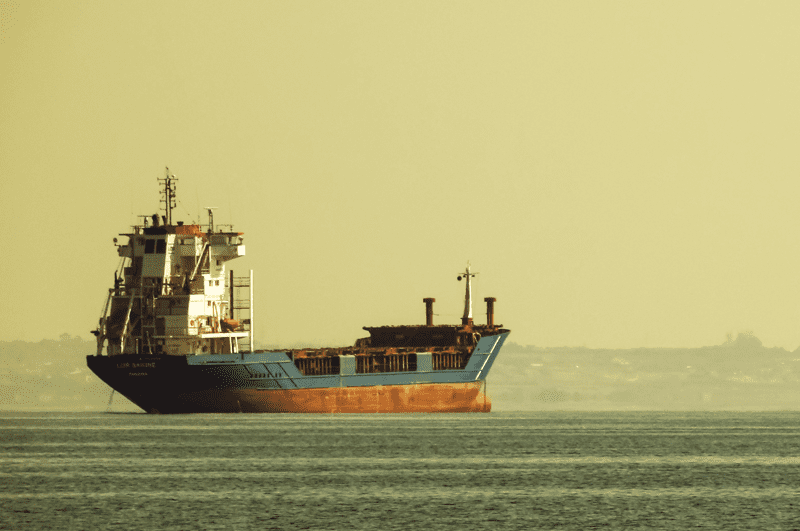 In early 2020, oil prices plummeted from an average of USD 65 in 2019 to as low as USD 25 per barrel in March. Atradius economists predict that oil prices won’t return to 2019 levels until 2022. As of early June, prices remain around USD 40 per barrel.

Both demand and supply factors were behind the plunge earlier this year. Demand sharply decreased as a result of the COVID-19 lockdowns, which caused prices to drop by around 20 percent by January and 30 percent by May. On the supply side, OPEC+ – mainly Saudi Arabia and Russia – failed to agree on production cuts and instead set off a price war. This policy shift was motivated in part by low economic growth and rising social unrest, as well as rising U.S. oil output, which has outpaced records, reaching nearly 13 million barrels per day. 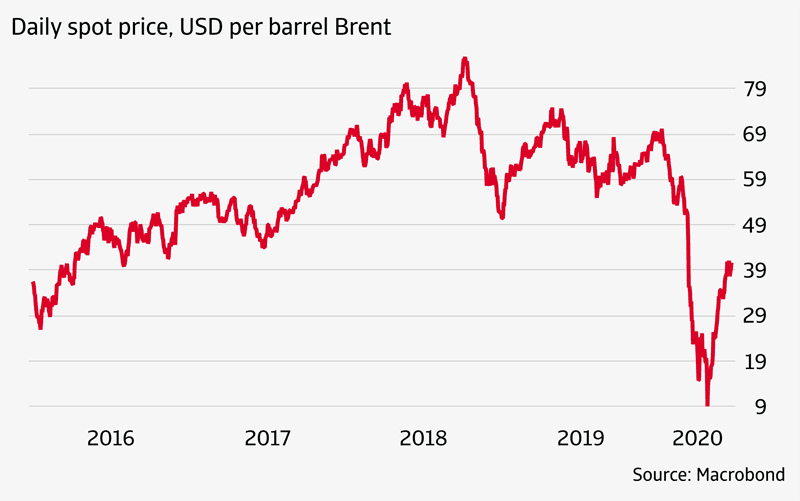 While lockdowns have begun to lift all over the world, and OPEC+ agreed to cut production by 9.7 million barrels per day in April (the largest output cut in history), prices have received some support, allowing some recovery. But as inventories are running high, further recovery can be expected to be relatively slow in 2020. Still, as lockdowns continue to ease and consumer confidence in the economy returns, they will receive further support. Our baseline scenario assumes that the virus will not spike again in countries where it is already under control and that demand for 2020 will be 8.1 million barrels lower than in 2019. 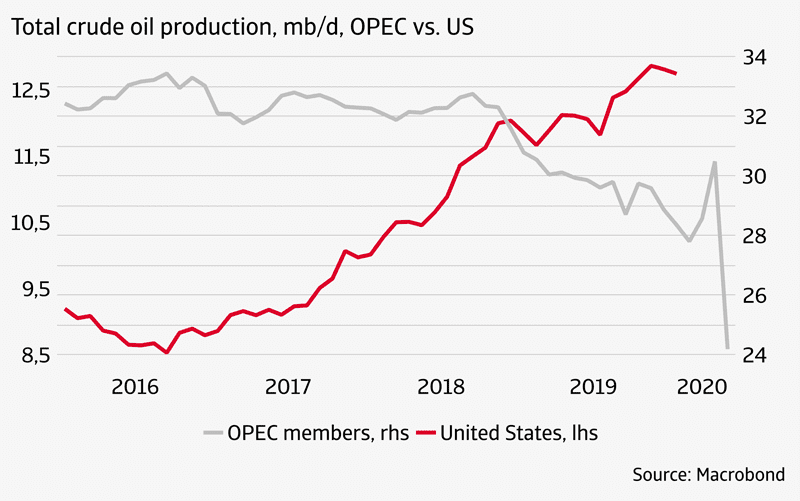 The pandemic’s impact on the oil sector isn’t limited to demand, however. High levels of economic uncertainty are restraining investments, which will likely remain below 2019 levels for some time. The drop in oil prices, for instance, has caused the U.S. sector to see both lowered outlays and, in some cases, outright production stops.

How Will This Impact Oil Producers?

For many fuel exporters, oil and gas revenues are a major part of government revenues – this is the case for the Gulf states, as well as Equatorial Guinea, Brunei, Turkmenistan, Congo-Brazzaville, Angola, and Azerbaijan, among others.

Although some countries are working on diversifying their economies and revenue streams, the efforts may not have been enough to shore up budgets against the gradual return of oil prices over the next few years to 2019 levels. Shock absorption abilities of fuel exporters are declining after each oil price shock and have become already alarmingly low for some.

While Saudi Arabia, Russia, and Kuwait likely have enough of a budget cushion to weather a period of lower-than-normal oil prices, Iraq, Oman, Algeria, Angola, and other producers with low reserves and high debt would have a hard time coping with a significant widening of budget deficits in 2021. Iraq, Angola, and Algeria are particularly vulnerable, as fuel accounts for about 90 percent of exports of goods and services. Bahrain, Ghana, Nigeria, Oman, and Ecuador are also at high risk, as they all depend on fuel revenues, while they also have high debt levels and/ or chronically low financial buffers.

Implementing fiscal reforms to diversify their revenue streams will be difficult at this time, as governments also need to stimulate economic growth to alleviate the impact of the COVID-19 pandemic. Therefore, it’s not out of the question for some countries to need international liquidity support in the near future. Ghana, Nigeria, and Ecuador already obtained emergency funding from the IMF, but Bahrain and Oman are on their own for now.

Saudi Arabia, a willing lender to neighboring countries in the past, may not be so enthusiastic this time around. Furthermore, should low oil prices persist longer than expected and any of the Gulf state countries default, it could cause turmoil throughout the region, further exacerbating any oil-related woes. Iran, especially, is vulnerable to instability, as it is under huge economic pressure due to American sanctions.

How Will Low Oil Prices Impact the Global Economy?

In the past, a decline in oil prices has acted as a shot in the arm for the global economy. Indeed, in the U.S., for example, lowered oil prices would under normal circumstances provide approximately a 0.5 percent boost in consumption and a 0.3 percent decline in investment in the oil sector – a net positive. That likely won’t be the case this time around, however, as a lower price won’t cause the same boost in demand when large segments of the population are restricting commuting and travel due to the ongoing pandemic. Therefore, the overall impact of low oil prices on the global economy is expected to be a net negative.

John Lorié is chief economist at Atradius Credit Insurance and a researcher at the University of Amsterdam. Contact Atradius at info.us@atradius.com.