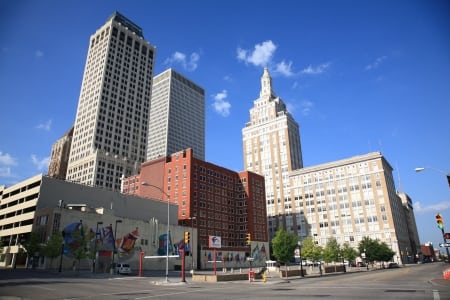 The Fraser Institute, an independent, Vancouver-based think tank, on Dec. 6 released its 2016 Global Petroleum Survey. The survey is the institute’s 10th annual edition and “is designed to identify provinces, states, and countries, as well as offshore regions and other geographic areas, with the greatest barriers to investment in oil and gas exploration and production.”

Criteria, such as high tax rates, costly regulatory demands, political stability, and uncertainty over potential environmental regulations, were considered when constructing the survey, which was sent out to executives within the upstream petroleum industry.

According to the individuals surveyed, Oklahoma was the most attractive region for investment this year, followed by Texas, Kansas, Saskatchewan, Wyoming, North Dakota, the North Sea in Norway, Mississippi, Utah, and Montana.

Oklahoma, Texas, North Dakota and Mississippi have been ranked in the top 10 list for the past five editions of the survey. Texas also ranked first, again, among jurisdictions with the largest petroleum reserves, followed by UAE, Qatar, Alberta, and China.

Kenneth Green, senior Director of Natural Resource Studies at the Fraser Institute and co-author of the Global Petroleum Survey, said in a statement: “Most U.S. states are bucking the global trend of decreasing confidence for investment, and Oklahoma’s top spot in this year’s ranking demonstrates how coherent environmental policy and sound regulation can improve investor perception.”

Taylor Jackson, a senior policy analyst at the Fraser Institute and another co-author of the study, also noted, “With oil and gas sector confidence declining around the world, it’s especially important for policy makers to pursue competitive tax and regulatory regimes, and to have stable environmental protections that attract, not deter, petroleum investments.”

The 10 regions with the most barriers to investment included Venezuela, Quebec, Libya, Bolivia, New Brunswick, California, New South Wales, Ecuador, Ukraine, and Russia, with Russia being the least attractive for investment.

The enduringly low oil price over the past two years has created a difficult international environment for oil-related companies, and it is, therefore, critical that all oil-interested regions enact economic and political policies which are conducive for investment in the oilfield. After all, that is the intended purpose of the study – to reveal which regions could use improvements in their regulatory and economical policies regarding oil-driven activity.

AI Data Helps Petrochemical Processors Learn from the Past