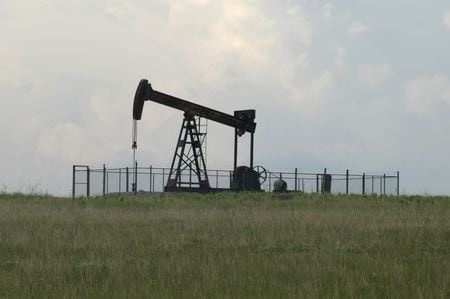 The Oklahoma Corporation Commission’s (OCC) Oil and Gas Conservation Division (OGCD) on July 17 said it has expanded the areas of interest for its March directive to disposal well operators to demonstrate that their wells are not disposing below the Arbuckle formation.

Supported by a $200,000 grant authorized by Gov. Mary Fallin, the latest directive from OGCD applies to 211 existing wells and raises the total number of covered wells to more than 500.

“The [OCC] is taking active and appropriate steps to address seismic activity,” Fallin said in a July 17 statement. “The energy industry understands the need to protect homes and businesses and is voluntarily providing the Oklahoma Geological Survey [(OGS)] and the Governor’s Coordinating Council on Seismic Activity with data and research assistance.”

Fallin also said that the industry has voluntarily cut injection rates at many wells, and the state “will continue to work with all parties to pursue sound, scientifically driven policy to reduce earthquakes in Oklahoma.”

Operators of wells in the expanded area have until Aug. 14 to prove they are not injecting below the Arbuckle formation.

The Oklahoma Oil and Gas Association (OKOGA) in a July 17 statement expressed support for the OGCD’s decision.

“We appreciate the leadership of the [OCC] as it continues to take significant steps based on sound science to manage concerns regarding seismicity,” OKOGA President Chad Warmington said. “The early results from the [OCC’s] previous actions are encouraging, and we believe this new directive will have a positive impact as well.”

The OCC issued the first directive in March based on a broad agreement among seismologists that disposal below the Arbuckle formation poses a potential risk of causing earthquakes, as it puts wells in communication with the solid basement rock.

“The directive we issued in March allowed some of the disposal wells to continue to operate if they reduced volume by 50%,” Baker said. “Those operators are now being told they must reduce their depth if they are currently below the Arbuckle.”

Baker also noted that Oklahoma has seen recent seismicity in some areas that do not have any of the high-volume, deep disposal wells considered of highest potential risk, most notably in the northern Oklahoma County and southern Logan County areas.

“Operators of low-volume Arbuckle disposal wells in the area that have long been proven to be operating at the proper depth have now voluntarily shut down their wells to aid research efforts,” he said.

Baker said that the decision to expand the area of interest should not be viewed as a final step, stressing that all options are being explored, and more actions are being formulated.

In a July 14 letter to affected operators, the OGCD said that all wells disposing of 1,000 barrels per day or less will be assessed at a later date and will be given additional time to comply. Operators of those wells must begin reporting on a weekly basis, while operators of wells disposing of more than 1,000 barrels per day must begin daily recording and weekly reporting to the OGCD of well volumes and pressures.