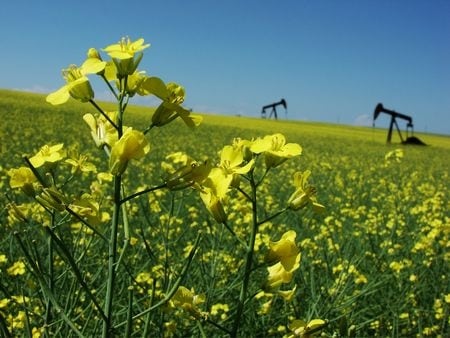 Many large oil and gas companies have found the prospect of drilling new wells and operating in new areas to be unattractive. The reasoning is sound enough — if certain plays are not profitable with an oil price within the $40-$50 range, then why pursue those options? This explains the decline in offshore production and the rise of shale production in the northeast. However, Oklahoma seems to still be a place where companies are willing to begin anew with fresh wells using clever strategies.

For example, Wright Drilling & Exploration, based in Denison, Texas, recently announced that it had successfully completed its sixth Oklahoma oil well project. On June 14, the company revealed that it had completed testing and drilling on its JULIE #2 project, located in Okfuskee County in Oklahoma, and the firm had deemed it to be a productive well. The release notes that JULIE #2 is a direct-offset well to another Wright Drilling project, JULIE #1. An offset well is typically a previously existing wellbore that is used to smooth along the process of drilling a new well in a nearby or similar region.

“We’re excited that our partners are developing oil fields with us and taking advantage of direct-offset drilling opportunities,” stated the President of Wright Drilling & Exploration, Scott M. Casper. “Drilling new wells based on your own successful oil and gas well data is just another way to potentially improve your end results.”

The firm’s strategy of having multiple oil and gas wells located near to each other is clearly a hand to their operations in drilling new wells, using existing data from previously-drilled wells to optimize drilling and production for future operations.

Some companies operating in Oklahoma, such as Devon Energy, consider themselves fortunate for having dependable oil inventory from exceptionally-economic wells during these trying times. By making use of innovative technologies, new techniques, and internal processes, the company has been able to maximize its production efficiency. Despite these advancements, the firm still faces difficulty in generating as much cash flow as it did when the oil price was riding high at $100.

“We’re fortunate that we have a strong inventory with drilling opportunities we can make in this price range that make a good economic return. But obviously our cash flow is not as strong as if prices were higher,” Devon CEO Dave Hager stated according to newsok.com. “The bigger challenge is not can you generate good returns on the incremental capital, but do you have enough cash flow to reinvest in those projects to make good returns? “

Such questions are prominent in the minds of all oil and gas executives as they strive to produce oil and gas in an environment already saturated with their product. Finding new ways to do the same processes in a more efficient manner has been and will continue to be essential to the survival of these firms.