With the success of my early shoots, I was eager to get out there and create more images for my oilfield fans. I set off to South Texas after hearing tales of the booming Eagle Ford Shale. Okaay…;) There was a lot more brush to hide activity, compared to West Texas, but the rigs were bigger (drilling deeper) so that provided some compensation.

What I found, for the most part, were locked gates and security guards. My guess was that these companies were bigger than the smaller independents I dealt with before. After some research and perseverance, I was able to gain access to one rig site, only to be informed upon arrival that I was free to roam around but could not take photos! That kind of defeated the purpose, so I continued on and got a picture from the road of a neat pulling unit.

I stopped at a rest area, took a couple of shots, and pulled into Three Rivers. (Imagine at this moment that I am smirking and shaking my head). I started through town and saw some railroad tanker cars with tanks from a refinery in the background. I saw the security office there, so I pulled up in front and went inside with my camera to inquire about getting permission to shoot the scene.

From the response I received, you would think I had a bomb strapped to me. The lady behind the desk came out, told me not to move, and started calling for Homeland Security on the radio. I considered just leaving this odd scene, but I decided to hang around.

She informed me I was going to prison for bringing a camera on property. Keep in mind, I was about 50 feet from the main road and had not taken a shot (i.e., photograph). A few minutes later, a young Homeland Security officer came in calmly along with another other law-enforcement official. They seemed more reasonable.

I have heard stories of photographers being detained by Homeland Security around various infrastructure sites before, but I didn’t gain access in the past by spewing out about my rights and the law. I got it with respect and maybe with certain mannerisms you pick up growing up in West Texas (where I was not).

Anyway, I talked with the Homeland Security official in private, and he didn’t try to blow smoke. He ‘asked’ me to delete the photos I had taken earlier in the area. You choose your battles, and I didn’t feel

I had any ‘prize-winners’ that day, so I deleted every one while he watched, then showed him that they were gone.

He smoothed over the situation with everyone else who had gathered in the room, and I felt fortunate to be on my way in less than 45 minutes. I decided that my attitude was the difference between my experience and the experience of other photographers that ranted about being detained for hours.

I gassed up and called my wife to say that I was on my way home. I did face obstacles in West Texas, although they were not as dramatic, and I pondered if it was even worth the effort to keep up the oil and gas work.

At 10:30 one Saturday night, I received a call from a client regarding a possible commission his assistant and I had been emailing about for a couple of weeks. The question: “When would you need to come out in order to get this project done by the Friday after next?”

I paused, raised my eyebrows and slowly replied, “Tomorrow.” It was a pretty complex project beyond just shooting and basic editing. At about 1:00 in the morning, I received a text saying his manager would meet me in the small town of Mertzon first thing. After a couple more hours of sleep, my wife, Marcela, and I headed out for the four hour drive.

Carl was great. He took us on a guided tour around the two leases they had. He introduced us to the crews and made sure everyone knew we were okay. The access and peace-of-mind really gave me the freedom to come up with some great shots.

Marcela and I had a good bonding time for two days out in the West Texas sun as she assisted on many shots. We had just bought a digital video camera to document me shooting in the field, so we filmed a couple of segments of me explaining a shot while waiting on the light, wind, and other elements.

She also captured a great shot of my foot when I was up on the monkey board. I asked, “Honey, why just my foot?” She said she was nervous that I might fall, but I told her that was all the more reason to catch it on tape for some real action!

More commissions followed, and except for an occasional tank and battery shot from the road, that is where most of my new work comes from. If you want some artwork for your office featuring your equipment or holdings, give me a call. Otherwise, I have a lot of work in my portfolio to brighten any office or please clients.

My works are collected by individuals and companies who enjoy the artistic representation, and I have built a following by setting up at fine art shows around the country and by word of mouth. Thank you for reading this three-part series, and stay tuned – I plan to release anexpanded version as a coffee table book with more images this fall.

My oilfield-related photographic art focuses on the hard work, grit and raw beauty of the people and equipment of the industry, while recognizing its integral place in our society. I like my work to evoke fond memories or to take viewers to a special place.

The work is accessible – brightening and bringing inspiration and motivation into your office or home. From limited edition canvases and paper prints to metal and ceramic tile coasters and other gift items, we can help you with decorations or rewards for clients and employees. All products are created in- house at my studio and gallery. 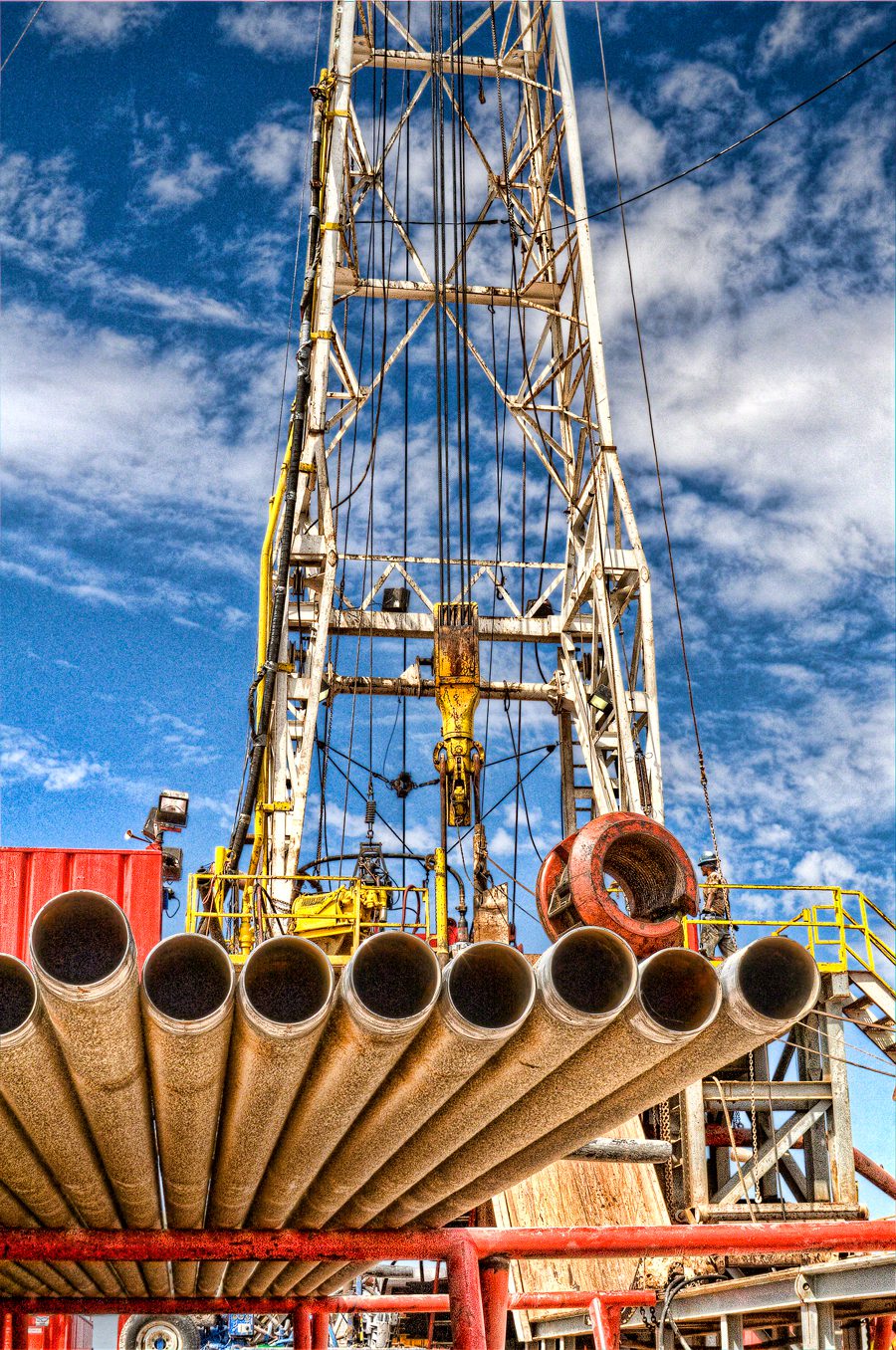 Along with my other niche, old vehicles, subjects range from architecture & objects, landscape & nature to people on the street and more. The work is accessible – brightening and bringing inspiration & motivation into your office or home. From limited edition canvases and paper prints, to metal and ceramic tile coasters and other gift items, we can help you decorate or reward clients and employees. All products are created in-house at my studio & gallery.