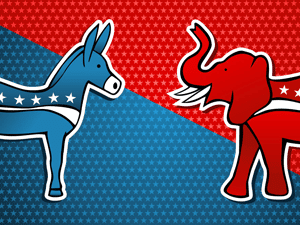 Energy issues have not been discussed very much in any of the debates – Democratic or Republican – during the past six months. However, the candidates have made several comments on various energy issues that will give a strong indication where they stand.

Obviously, Bernie Sanders and Hillary Clinton, both Democrats, made the strongest arguments for more government regulation of the oil and gas industry.

The Republicans – Sen. Ted Cruz (Texas), Sen. Mark Rubio (Fla.), and businessman Donald Trump – had strong position on free markets and getting the government out of regulating the oil and gas industry.

The last candidate researched, Dr. Ben Carson, wasn’t sure about much of anything when it came to energy. He favored lifting the ban on crude oil exports, and the development of all energy resources.

Dr. Carson’s position on energy spills over into national security. He stated in his book, America the Beautiful: “The terrorist network derives most of its money through oil revenues, and we, along with most of the rest of the world have an insatiable appetite for oil.”

Cruz made very positive statements about the oil and gas industry, and he has authored legislation restricting federal oversight. He favors revoking the offshore drilling moratorium, building the Keystone XL Pipeline, supported lifting the oil export ban, and passing an “All-of-the-Above” energy policy.

Cruz opposes policies enforcing climate change, which he said is a hoax, including a tax on carbon or some sort of cap-and-trade scheme.

Cruz’s tax policy – he favors repeal of the mandated use and tax credits for ethanol – ran into trouble with the governor of Iowa, which is a leading corn growing state. The governor criticized Cruz for his anti-subsidy position for ethanol. Cruz shot back that he is “opposed to all energy subsidies, including for oil companies.”

Rubio also has a conservative approach to energy policy. He opposes the federal government’s recent attempts to expand its influence over public lands and waters of the U.S. He favored lifting the crude oil export ban, approving the Keystone XL Pipeline, increasing exploration in the Arctic National Wildlife Refuge, and an “All-of-the-Above” energy policy.

Rubio believes that human activity is not causing climate change, and he opposes programs such as cap-and-trade and a tax on carbon.

While Donald Trump crowed “fracking will lead to American energy independence,” he turned right around and said “it’s not the market, it’s OPEC. They set the price of oil.” Trump said President Obama’s “rejection of the Keystone pipeline is disgraceful,” and called climate change a hoax. “The concept of global warming was created by and for the Chinese in order to make U.S. manufacturing non-competitive.”

Hillary Clinton’s energy policy centers around an anti-drilling platform that subsidizes exotic energy sources, i.e. wind, solar, ethanol. She supports the agreement reached in Paris designed to reduce emissions in an attempt to hold the increase in global temperature to 2 degrees Celsius. One of her stated goals is to install more than 500 million solar panels across the country by the end of her first term, which would be 2020. She supports cap and trade, and opposed the Keystone XL Pipeline, lifting the ban on oil exports, and hydraulic fracturing on public lands.

Sen. Bernie Sanders (Vt.), who is not really a Democrat but an Independent, makes Hillary Clinton look tame. He says the Paris Agreement on climate change “goes nowhere near far enough.” He said in one of the debates that he would propose a carbon tax and repeal of all oil and gas tax provisions, giving them instead to exotic energy sources.

Sanders even tried to get the windfall profits tax reinstated several years ago.

“We’ve got to stand up to the fossil fuel industry,” he said, “and fight for national and international legislation that transforms our energy system away from fossil fuel as quickly as possible.”

While some voters have complained about the candidates, voters clearly have a choice of candidates with a variety of opinions about energy policy.