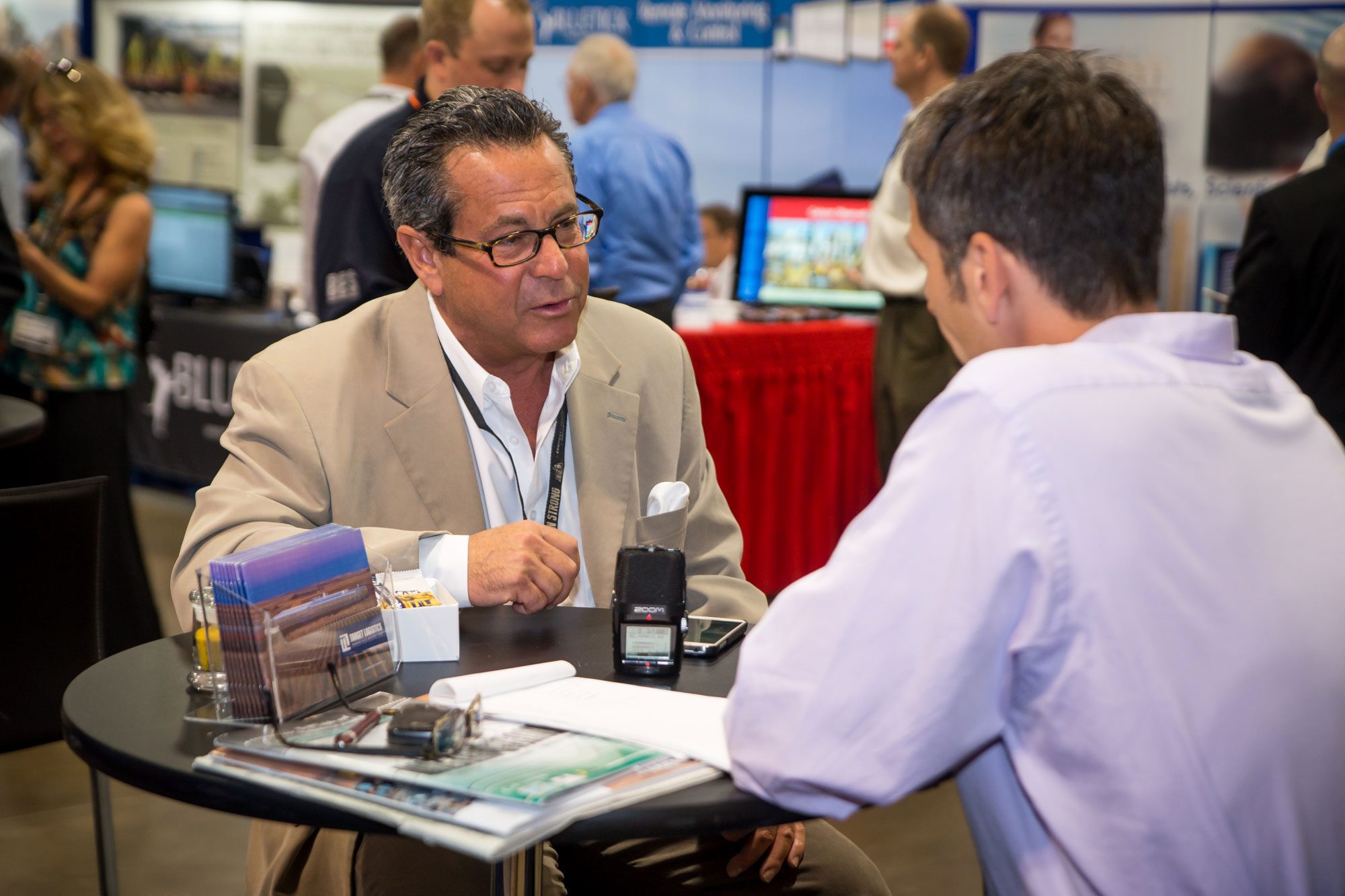 Brian Lash founded The Target Companies in his college dorm room in 1978. Today, Lash serves as a consultant to Target Logistics on business development initiatives.

Lash has become a respected leader in the workforce housing, disaster relief and travel industries, as well as in large-scale events like the Olympics. His expertise has led to national and international speaking opportunities and appearances on NBC’s “Today Show,” CNN, PBS “NewsHour” and in The New York Times.

Lash embraces a keen sense of corporate citizenship, which is expressed by his ongoing contributions to social and educational programs. He earned his bachelor’s degree from Brandeis University, where he now serves on the Board of Overseers of the International Business School. He has served on the Governor’s Entrepreneurial Advisory Council in Massachusetts and presently sits on the Board of Directors of Youth Enrichment Services (YES) in Boston and the T2 Foundation, supporting athletes competing in Olympic snow sports. Lash is also a member of the Waterville Valley Academy Board of Trustees.

Jason Spiess: Let’s start with the genesis of Target Logistics.

Brian Lash: I was on my way to medical school, got disenchanted, and wanted to really be a businessman. I wanted to be in a business that allowed me to do the two things I love the most, which is sports and travel. So I started a sports-travel company. That was in 1978. I was 21 years old, had $3,800, and ran the business out of my apartment. I started out doing ski tours in the winter and teaching tennis in the summer. Then I started going year-round with Adventure Travel – whitewater rafting, golf, scuba, sailing.

I got into the special event travel business working for the Orange Bowl – taking all the teams to the football games, the bands for the parade, tennis players for the Rolex Junior tennis tournament. And from the Orange Bowl, I became the exclusive tour and travel operator for Florida State, and did all their sports travel. Then I started doing other special events, like Woodstock and Olympic Games.

As my involvement in the Olympic Games got bigger, for me it was all about scalability. I started not doing individuals to the Olympics, but rather I started doing countries – Denmark, Norway; huge corporations like Motorola; and finally the U.S. government. I started working a lot with security. Come the aftermath of 9/11, Target Logistics housed thousands of federal agents that were brought in to lock down Salt Lake against another invasion – thousands of U.S. military also to protect the Olympics from terrorism. While that was going on we were also invited to be on some projects in Iraq. We won a very large project in Iraq to build and operate a camp for 2,200 soldiers. We operated for the [Department of Defense] in Basra during the second Iraq invasion.

I had that for a number of years. Simultaneously, I figured if we were doing it in a war zone three quarters away around the world, we could certainly do it for Hess and Halliburton. At the time, I was continuing my Olympic work, and we built a very large, but temporary, city for Olympic security in Whistler, outside Vancouver for the Winter Games. It slept 1,700 people. It was only operable for 70 days. Halliburton saw it while it was up and being used for Olympic security, and they said, “We want that building,” because it was built for extreme weather conditions and very efficient, and they took up a small footprint. It was tall, with multiple stories, and made with 185 8×40 containers.

We moved that to Williston, N.D., in April 2010, immediately after the Olympics ended in March 2010. That was our first asset in North Dakota.

BL: Oddly the whole camp – the lodge – was brought to Williston in April, but we opened another lodge first that was made of more traditional modules and projects which today is called our Williston North Lodge. So that opened first. The Halliburton facility, called the Muddy River Lodge, opened second. In 2010, I was in North Dakota, and I had a booth at the [Williston Basin Petroleum Conference] oil show and I was literally writing orders at our booth. My whole life I spend trying to sell people my products and services; it was very rare where there was actually a line to sign contracts with me. And that’s what was happening in 2010. I already had Halliburton as a client; they’re the greatest folks. Then we landed some other illustrious clients like Hess. We did a great job, word spread and we became the dominant player in our industry in the matter of three to four years.

JS: You mentioned the Bakken was instrumental in your oil and gas endeavors. What is your 5,000-foot view of the Bakken?

BL: I would like to find the next Bakken, but I do not know if it exists, because for us, in a way, North Dakota was like the perfect storm. You have a lot of oil, and it’s good oil. It is efficient and economical to mine. You have a region of the U.S. that is fairly desolate with little infrastructure, and it is very cold. That adds up to a huge demand for life support – quality life support – otherwise known as remote workforce housing. In Texas, there’s a lot of oil, but there’s also lots of infrastructure; small towns, lots of fast food, small hotels and apartment complexes. You can actually sleep in an RV if you wanted to and make it through the winter.

So as far as our growth in the Bakken goes, we are very happy with our current position. We are very proud of what we have accomplished, but believe there is some room for growth. We are talking with some clients about maybe expanding a few locations, but simultaneously, we have a few locations that are getting smaller. So we are moving slower, but still see a little bit of growth. By the end of 2016, we could grow maybe another 10% in the Bakken, or we may not grow at all, but we certainly are not going to shrink.

JS: Former North Dakota governor Ed Schafer and board member of Continental Resources said the change of some laws created a much more friendly business climate for companies to relocate into North Dakota – primarily from Canada into North Dakota. Canada and the United States have some different rules and regulations. How does that play into your industry? I have heard the Canadians welcome temporary workforce housing into communities. What do you make of the international regulations and differences?

BL: Canada is more accepting of workforce housing than almost all of the communities in the U.S. that have oil or minerals. It’s more of a way of life – particularly in the oil sand. On a self-serving basis, I’d like to see a little more support for our industry because we are necessary to allow economic growth and to prevent a real estate bubble from popping. If Williston and other communities keep building to meet what they think is an endless demand, there will come a reckoning. Workforce housing can be the band aid; it can be the bridge. Until such time as things level off, our facilities can be built, can be operable and can be moved. We can remediate the land back to farmland or whatever use community thinks is appropriate. You can’t pick up a brick-and-mortar hotel and move it.

This is why Target Logistic is necessary. We run the safest, cleanest, best operation in the industry. We are great stewards and custodians and very respectful of the community. And we give a lot back, not because we are gratuitous or trying to earn favor, but because we believe in the communities in which we serve. We encourage our employees to move and bring their children. We encourage them to join the local churches. We give back because we are fortunate enough to be operating in these great communities.

With that said, more workforce housing should be encouraged, and I think the apartment, hotel and residential developers are going to one day have an oversupply in the Bakken. Hopefully not real soon, but we are a manager of that, and it is important.

JS: Could you elaborate?

BL: Not only are we great to modulate the real estate pricing, rents, expected occupancy and all that, but it is really hard for [real estate developers] to compete with us. We have a very compelling economic model. Our average client is paying $115 per room per night. That includes your room, three unlimited and fabulous meals a day, unlimited recreation, unlimited use of the Internet, unlimited and free use of laundry machines and detergents. Even the DVDs are free. And it is a community. There is a lot of social engineering that goes on. We create bonds that are hard to break.

If you are living in say, the Bear Paw Lodge, and you work for Halliburton, and you’ve been living there with 500 Halliburton guys for six months, you play poker with Bob and Steve and Robert every Monday night, you play Foosball with another group of guys on Tuesday night, and you lift weights every morning with you workout partner. So when a competitor to Halliburton comes along and offers you another dollar an hour, it’s not worth it to jump ship because it means you are leaving your home. You are leaving your community, your friends.

Plus everything is being paid for by the customer. If the customer looks at paying $115 versus, say, a hotel in Williston for $149, that $149 doesn’t include meals. So would you rather pay $115 with meals, knowing your guys are well-cared-for, there’s a noise curfew, there’s no drinking, no drugs, no weapons, no cohabitation? You know where your men are, and what time they are getting up in the morning. You know they are well and rested. Or do you want to put them at a motel, give them a per diem for food and hope they don’t spend that at the local ballet, if you catch my drift.