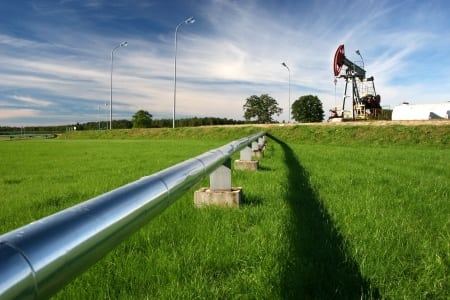 “The [Western Catarina midstream transaction] represents the culmination of over two years of work to refocus and improve [SPP’s] strategic direction and financial outlook,” Willinger said during SPP’s 3Q15 earnings call. “With the Catarina transaction, we believe we have successfully repositioned [SPP] to provide enhanced visibility for future growth.”

The Western Catarina assets include about 150 miles of gathering lines with about 40,000 BBL/day of condensate and 200 MMCF/day of natural gas transport capacity. SPP completed the transaction on Oct. 14.

Willinger said the new assets provide a solid foundation for the company’s business activity next year.

“Our base case forecast currently shows our adjusted EBITDA ranging from $54 million to $60 million in 2016,” he said. “Based on this forecast, we currently anticipate distributable cash flow of between $14.4 million and $20.4 million in 2016.”

He added that the company’s base case includes divestiture of the company’s assets and operations in Oklahoma and Kansas, which includes operations and interests in the Cherokee Basin in Oklahoma and Kansas; the Woodford Shale in the Arkoma Basin in Oklahoma; and the Central Kansas Uplift in Kansas. The assets include the partnership’s interests in 2,337 producing wells, 76% of which are operated. The wells have a net working interest of approximately 85% and provided average net production of 3,449 MBOE per day in December 2014, of which approximately 24% was oil and liquids production.

SPP was previously called Constellation Energy Partners. The company changed its name to SPP in October 2014 to reflect a services agreement signed in May 2014 with Sanchez Oil & Gas Corp. (SOG). SPP earlier this year purchased from Sanchez Energy – an affiliate of SOG – wellbore interests in certain producing oil and natural gas wells in the Eagle Ford Shale for $85 million.

SPP in early November declare its initial distribution on common units, setting a distribution in an annualized rate of $1.60 per unit. Willinger said that SPP is currently targeting a 15% compound annual growth rate in the company’s distribution per unit through 2019.

“While we are excited about [SPP’s] progress and prospects, we recognize that current conditions in the energy markets have created an environment in which energy companies, generally, and master limited partnerships, in particular, have fallen out of favor in the investment community,” he said. “As a result, we believe we currently trade at an implied yield that does not yet fully reflect [SPP’s] value proposition.”

Of the production decline Ward said SPP’s working interest on the Eagle Ford Shale asset acquired earlier this year will step up on Jan. 1, 2016.

“We would expect some positive feedbacks in our future results from the structure of that transaction,” he said.