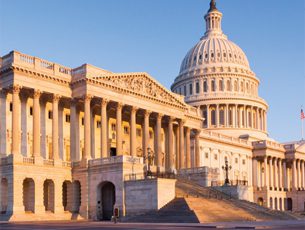 The U.S. Senate Committee on Energy and Natural Resources on July 22 introduced the Energy Policy Modernization Act of 2015, a bill that addresses a wide range of U.S. energy sector issues, including the strategic petroleum reserve and applications for the export of natural gas.

“After months of working together, the bipartisan legislation we introduced today marks a critical step toward the modernization of our federal energy policies,” Sen. Lisa Murkowski (R-Alaska), chairman of the committee, said in a July 22 statement. “By focusing on areas where agreement was possible, we have assembled a robust bill with priorities from many senators that will promote our economic growth, national security, and global competitiveness.”

Introduction of the bill follows a series of hearings held earlier this year by the committee to receive testimony on energy-related bills introduced in the 114th Congress.

The bill would amend the Energy Policy and Conservation Act to require the U.S. Department of Energy to notify Congress prior to any Strategic Petroleum Reserve (SPR) test sale, with an exception for emergency drawdowns, and to submit a report following any sale.

In addition, the bill would require the Secretary of Energy to issue a final decision, approving or disapproving, any application to export natural gas to countries that do not have free trade agreements with the U.S. no later than 45 days after the Federal Energy Regulatory Commission or Maritime Administration concluded a review under the National Environmental Policy Act.