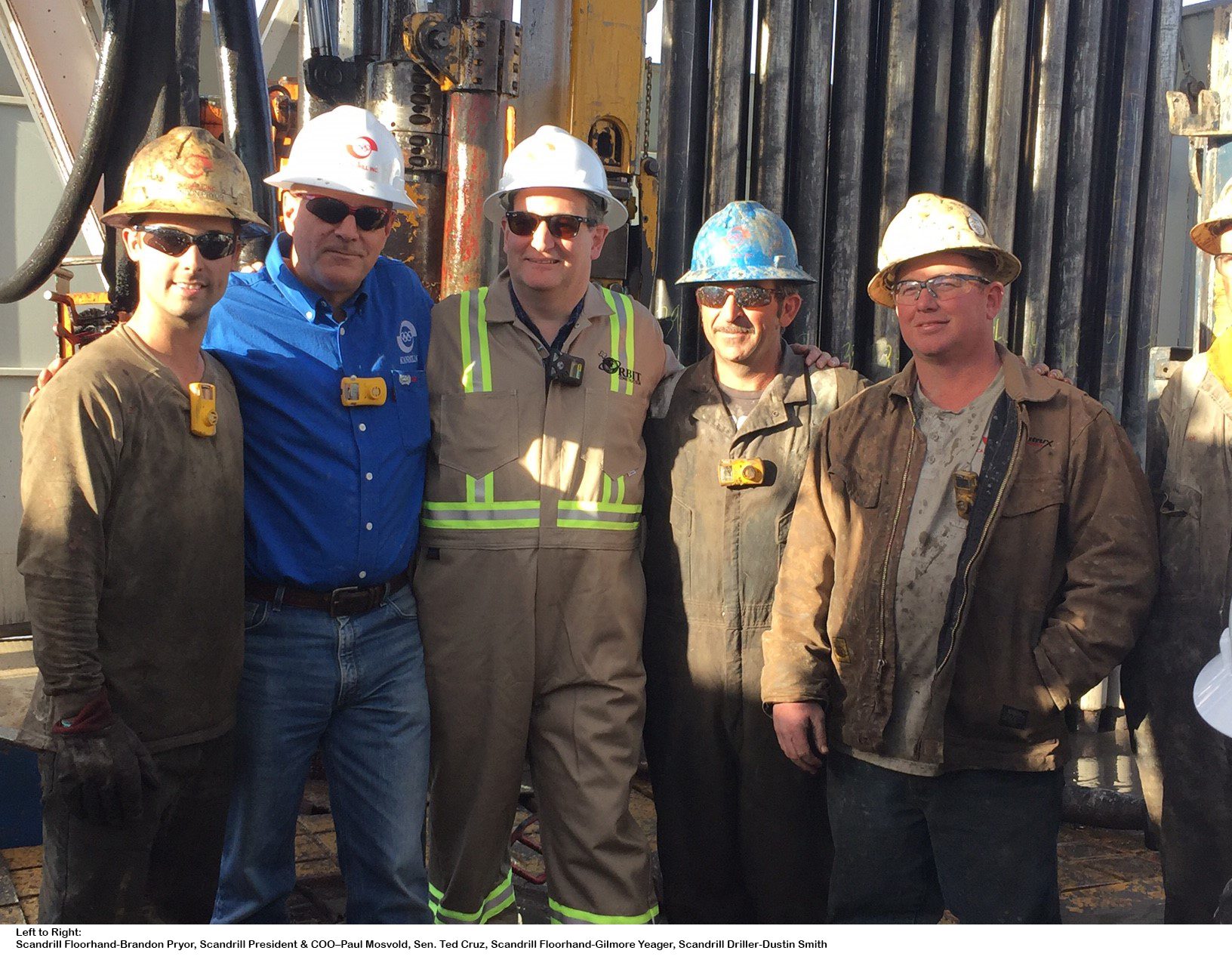 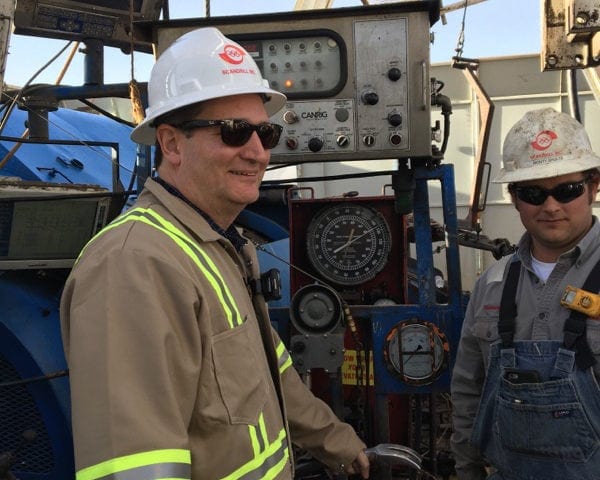 Houston-based land-contract drilling services provider Scandrill hosted an official visit by U.S. Senator Ted Cruz (R), on Monday, February 20, 2017. The purpose of the visit was to view the Scan Gold, a land rig rated to drill up to 20,000 feet down and a 7,500 PSI mud system. The visit is just in time for the uptick in the Permian Basin. The oil and gas industry is heating up and the Senator’s visit and endorsement of the industry and the Basin are important to the local, state and national economy.

Senator Cruz was quoted as saying, “the people and the business in the Permian Basin are crucial to the economic strength of our state. While the energy industry in Texas has been impacted by the recent downturn in oil prices, we are beginning to see a robust recovery.”  This is timely as the price of an acre in the Permian has risen to some $60,000, which is forcing some out but attracting the majors and the supermajors to claim their stakes and commence drilling.

Senator Cruz points out this ramp up as “a testament to the strong work ethic of Texans and the efforts [Texas] has made to keep regulations to a minimum and empower those with new technology and innovative ideas to enter the marketplace.” An example of that is the recent announcement by Austin-based MMEX Resources Corp. on March 7, 2017, to build a $450-million refinery in the Permian Basin’s Pecos County. The refinery would have a capacity to refine up to 50,000 barrels of crude oil per day. Producing petroleum-based products such as gasoline, diesel, jet fuel, and liquid petroleum gas among other products that will be shipped by rail to meet increased demand in Mexico.

Senator Cruz finished by saying, “While Texas continues to serve as a model for the success of restrained regulations, I am committed to applying those same principles in Washington’s approach.” He continued by stating that “the new administration…has shown that it understands the value of removing regulatory barriers and has already taken steps to unleash the potential of our energy industry. Under the Trump administration, the oil and gas industry looks forward to a new era of deregulation, higher prices, new innovations, and a robust economy to drive the nation forward.”