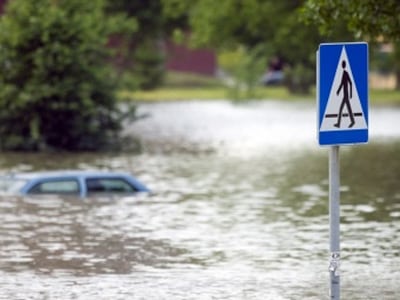 Mid-Con Energy Partners in 2Q15 saw “some of the most severe flooding” the company has ever experienced in many of its production areas, which led to significant downtime for some of its properties, Mid-Con CEO Jeff Olmstead said during the company’s 2Q15 investor conference call on Aug. 4.

The company’s properties are located in southern and northeastern Oklahoma, the Gulf Coast, the Hugoton, and the Permian. Counties across Oklahoma and Texas were declared disaster zones due to severe weather, tornados and flooding in May.

While rains also limited Mid-Con’s access to some locations, delaying some of the company’s capital expense projects, Olmstead said that, “through the hard work and dedication of our team, we were still able to accomplish the exceptional results we saw this quarter.”

Due to those positive results, he added, Mid-Con increased its guidance for production for 2015.

“We expect we’ll maintain production at similar levels we saw in the first half of the year, while continuing the same level of [capital expenditures (CapEx)] spend and focusing on operating expenses,” he said.

Olmstead said that Mid-Con in 2Q15 spent about $2.9 million in CapEx, which resulted in spudding five new wells, initiating two conversions of producers to injectors, and executing five recompletions. Of that capital, $2.5 million were classified as maintenance CapEx, and the remaining $400,000 as growth CapEx.

In addition, CapEx was down in 2Q15 compared to 1Q15, mainly due to the heavy rains delaying the company’s ability to move trucks into some locations in a timely manner.

“[The downturn] doesn’t change our outlook for total CapEx for 2015, and our operations team has already caught up from the delays,” Olmstead said.

In its 2Q15 statement, Mid-Con estimated its total 2015 CapEx will be $13 million. Similar to 1Q15, Olmstead said, Mid-Con’s CapEx was primarily focused on northeastern Oklahoma and the eastern shelf of the Permian Basin in core areas.

“We expect the second half of the year to be more of the same, with the majority of capital that we spend being in northeastern Oklahoma and the eastern shelf,” he said.

According to Olmstead, Mid-Con expects to have excess cash flow due to the higher-than-anticipated production in the first six months of the year. He said that Mid-Con will use the excess cash flow to either grow the number of the company’s capital projects or reduce debt by as much as another $10 million by the end of the year.

“As excited as we are about delivering these operational and financial results, we remain unsatisfied with the disparity between the market price of our units and the quality performance of our team and assets,” Olmstead said. “We share in [our stakeholders’] frustration with our unit’s recent price performance, and we’re working to continue to provide these types of operating results in the future, which will hopefully result in positive results in our unit price.”