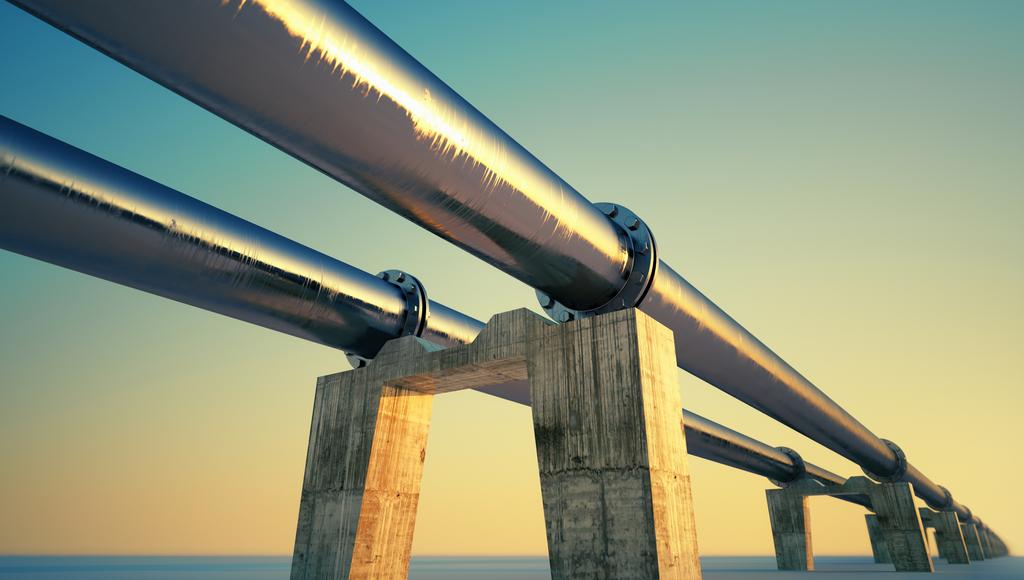 There’s a popular phrase in American public affairs: “All politics is local.” Although the quip is more closely aligned to former U.S. House Speaker Tip O’Neill, its origins are far more unclear than a simple history textbook reference. Applied more liberally, it’s an idiom that can hold true for any industry heavily immersed in both technological advances and political jockeying, especially oil and gas.

Undoubtedly, whoever first coined the expression wasn’t waxing poetic on the state of political affairs in American oil and gas, yet it’s hard to understate just how true the statement is for America’s key energy sector. Among the many topics that seem to be particularly “triggering” these days for even the most apolitical American is just how the U.S. gets its energy. Given the way technology continues to increase America’s oil and gas output — angering some and vitalizing others — it seems almost impossible to effectively extract politics from the increasingly fertile soils of the industry.

In a time when renewables seem to be the cause célèbre, it may seem counterintuitive (and at times politically dangerous) to even mention the continuing benefits of fossil fuels. Yet upstream, technological improvements keep pushing back the eponymous “peak oil” doomsday clock of yesteryear, while downstream, new and increasingly impressive innovations are making energy production from tried-and-true fossil fuels, such as natural gas, difficult to ignore for even the most environmentally-conscious governments.

The Politics of Downstream

It’s easy to underestimate the heavy amount of political wrangling involved with downstream oil and gas production. After all, upstream operations tend to ignite the most fervor, both among proponents and opponents of the oil and gas industry. We need only look at what is currently happening with America’s booming shale oil drilling industry to see how positive and negative attention to the industry can morph quite easily into political discussions.

In 2016, for example, former President Barack Obama banned oil drilling in large swaths of the Atlantic and Arctic oceans. In a move that some identified as playing politics with American energy, President Obama exerted executive powers enumerated under the 1953 Continental Outer Shelves Land Act. As currently interpreted, the Act allows a sitting US president to “withdraw from disposition any of the unleased lands of the outer Continental Shelf.”

These powers were exercised to not only disallow the sale of lands for oil drilling off the coast of Alaska but also Virginia and North Carolina. While Obama isn’t the first President to halt the sale of shelf land for oil drilling purposes (both former Presidents George H.W. Bush and Bill Clinton took similar, although smaller actions), by disallowing the sale, key offshore drilling became impossible.

Ultimately, less offshore necessarily impacts what goes on downstream. Nevertheless, American oil production is still on the rise thanks to a singular focus on shale oil drilling, where the red tape exists more in getting through federal and local permitting. Better drilling methods and more advanced drilling technology have allowed energy companies to effectively squeeze increasingly larger amounts of oil and gas from the ground, which in turn has produced growth in the downstream and increased demand for more downstream facilities with better technology to help transport, store, process and utilize America’s increasing energy production.

Plastics in the Downstream

According to the US Pipeline and Hazardous Materials Safety Administration (PHMSA), the US added over 100,000 miles of oil and gas pipelines between 2010 and 2016. Additionally, between that same period, the percentage of pipelines constructed of plastics has also increased, from 67% to 78% of all pipeline mileage.

The U.S. has been building oil and gas pipelines for decades. Better, safer building materials have always supplanted the old materials used from decade to decade. The PHMSA notes that in 1940 the majority of the oil pipelines were constructed of either cast or wrought iron. By 1950, steel was the material of choice, while plastics became the norm by the 1970s. The move away from bare steel, specifically, is due to bare steel’s susceptibility to breakage over time and the cost of replacing steel pipes.

Over time, plastics have become an integral technological innovation for the oil and gas industry, particularly in downstream operations like pipelines and parts construction. Where metals were once standard, many areas of the oil and gas industry now heavily utilize plastic parts for high-stress functions. The refining process, in particular, requires materials that are both durable and can withstand high heat and pressure. For a long time, the strength-to-weight ratio for plastics simply did meet what was required for the industry beyond a few applications.

However, newer innovations in plastics, and in particular plastic composites comprised of carbon and glass fibers, have given rise to unique thermoplastics that can perform as well, or at times better than, metals commonly used in oil and gas production and refining.

Undoubtedly, metals still play a valued function across the oil industry. For long-term structural support, there is currently no significant replacement for metals. But as we see with growing regularity of plastics in pipeline construction, we are likely to see other areas become more infused with less expensive, more durable materials as well. Within decades, many newer materials infused with carbon fibers will likely supplant the oil and gas industry’s reliance on metals.

There’s also an interesting “circle of life” that exists within the oil industry and its growing use of plastics. The refining process in the downstream that creates materials needed for plastic production then sees those plastics return right back into oil and gas production, creating a loop that is partially self-sustaining.

However, given the consistently low oil prices of the past few years, plastics are more than just an innovative measure to supplant metals. Lightness and durability aside, plastic parts are far cheaper to replace as well. Considering the stark drive in the oil industry to decrease production costs across all facets, plastics may be one of the defining technologies of downstream oil and gas production in the past few decades.

Still, the increasing safety — and necessity — of oil pipelines does little to convince those vehemently against oil and gas operations. Protests against the Dakota Access pipeline (which was suspended under President Obama but quickly approved under President Trump) made headlines for months and resulted in hundreds of injuries.

On the East Coast, Dominion Energy has been battling the politics on both the local and national level to get the Atlantic Coast Pipeline (ACP) approved. Positively, the ACP has been more well-received than the Dakota Access Pipeline. According to Frank Mack, Dominion Energy Communications Project Manager, the ACP has experienced a highly anticipated project. “There has been broad support from the beginning for the proposed Atlantic Coast Pipeline project all along its proposed path,” Mac explained. He stated that support includes labor unions, local governments, and even the governors of Virginia, West Virginia and North Carolina.

While some opposition has expressed concerns regarding oil spills, most pipeline spills are due to aging pipelines made with less technologically advanced materials. A 2016 CNN article by journalist Chris Isodore, titled “Spills are more common thanks to aging pipelines,” explores the growing issue.

The fears many anti-pipeline protesters have against inland oil spills are accurate. Yet holding up the process to help replace aging pipeline systems and install newer ones with better materials is likely counter-productive. Time is never the friend of any industry heavily reliant on physical materials. Given much of the oil and gas infrastructure in the U.S. is decades old, replacing older materials with new technology is necessary not just for bringing down costs, but for avoiding the type of oil spills opponents seek to stop.

According to the EIA, in 2016, natural gas played a leading role in U.S. energy generation. A hard-to-ignore 34% of the 4 trillion kilowatt hours of energy generated in the U.S. came from natural gas, the majority of which comes from increasingly efficient shale drilling operations. Combined, Texas, Pennsylvania, Oklahoma, Wyoming, and Louisiana produce the majority of natural gas in the country. On its website, the EIA highlights that there are over 30 shale formations across the country contributing to the country’s energy needs.

When the Mitchell Energy and Development Corporation began exploring the viability of extracting fossil fuels from using an innovative hydraulic fracturing back in the 1980s, the company likely had little idea that it would be helping to create the next oil boom. However, as the EIA also explains, the success of Barnett Shale was such that the new hydraulic fracturing technique was improved upon and mimicked in shale formations across the country.

As a result, downstream, an increasingly large number of U.S. power plants are using natural gas as an energy source. In 1990, only 10% of power generation in the U.S. came from natural gas. Nearly 30 years later, after the viability of shale oil and natural gas extraction was proven, natural gas now accounts for 33% of U.S. electricity generation. Natural gas is the first energy source to overtake coal since data has been collected.

Even in a state such as California, where one might think that fossil fuels are the least likely to be used in energy generation, one finds a majority of the state’s power generation coming from natural gas. Perhaps ironically enough, California invested so much in efficient natural gas power plants that the state is now dealing with an oversupply of energy.

Energy regulators in California are now considering rolling back upgrades to older, less efficient natural gas power plants and considering halting new plant constructions. While the state is slowly trying to reduce its heavy reliance on natural gas –which provides over 36% of the state’s energy–natural gas is likely to remain an important part of the state’s electricity generation.

The Future of Oil And Gas Flows Downstream

Whether it’s transportation of oil and gas or the transformation of gas into energy, politics play a central role in the downstream. Nevertheless, new technology continues to help drive down energy costs and increase safety for everyone, hinting at the fact that the oil and gas industry may be an easy political target, but it’s importance and innovations are also increasingly misunderstood.