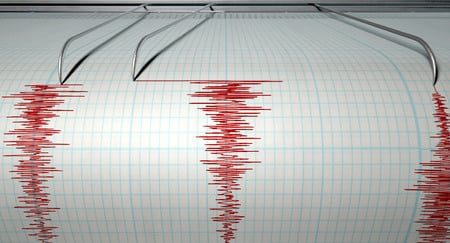 Texas Gov. Greg Abbott in June signed legislation that authorized $4.47 million in funding for the TexNet seismic monitoring program, which will be led by the Bureau of Economic Geology – State Geologic Survey of Texas – at University of Texas at Austin.

“This program will set a much better baseline for Texas seismicity,” Dr. Scott Tinker, state geologist of Texas and director of the Bureau of Economic Geology, told Oilman on June 24. “Understanding Texas base level seismicity can help in many ways not just related to disposal of fluids from oil and gas wells; we have a lot that goes on in Texas – industrial as well as natural.”

According to Tinker, the program will help Texas lead a national response to growing concern over increases in seismic activity.

“We are forming a research team with different expertise at University of Texas, and we’ll collaborate with other universities, including Southern Methodist University, Texas A&M, and Stanford University, as well as with other states,” he said.

The TexNet program will include the purchase and installation of 22 new permanent seismometers in Texas to add to the 16 seismometers currently installed throughout the state.

“We’ll decide what types of permanent seismometers we want this summer, and we’ll open that up for public bid, and by mid to late fall we will begin to deploy them on a station-by-station basis throughout Texas,” he said. “That also will require permitting with landowners because they will be in place for a long time.”

Deployment of the permanent arrays will continue throughout 2016, Tinker added.

During deployment, Tinker said the team will make sure that data collected from the arrays meet the protocols established by the U.S. Geological Survey and the Incorporated Research Institutions for Seismology.

The TexNet program also will include the purchase and deployment of 36 portable seismometers.

“This summer we will also begin to decide what types of portable arrays we want, put that out for public bid, and then begin to acquire them,” Tinker said. “We will probably have those arrays staged in three facilities that the Bureau of Economic Geology has across Texas – in Midland, Austin and Houston – so that they are accessible to different parts of the state.”

When and how the portable arrays are deployed will be determined by seismic events, he said, adding that an advisory committee and technical group will decide whether new seismic events can be explained by natural causes and whether those events warrant deployment of portable arrays in order to pinpoint the event by geographic location and by depth.

Data from the permanent arrays will be available to the public.

“We’re hoping that local schools and libraries will get excited about knowing what is going on seismically in their areas,” he said.

Data obtained from the portable arrays relating to specific seismic events will be studied by the TexNet group and released to the public on a case-by-case basis.

“The exciting thing about this program is that it has brought industry, government, universities and even NGOs together around the topic of seismicity,” Tinker said. “They are engaged in understanding this problem better.”