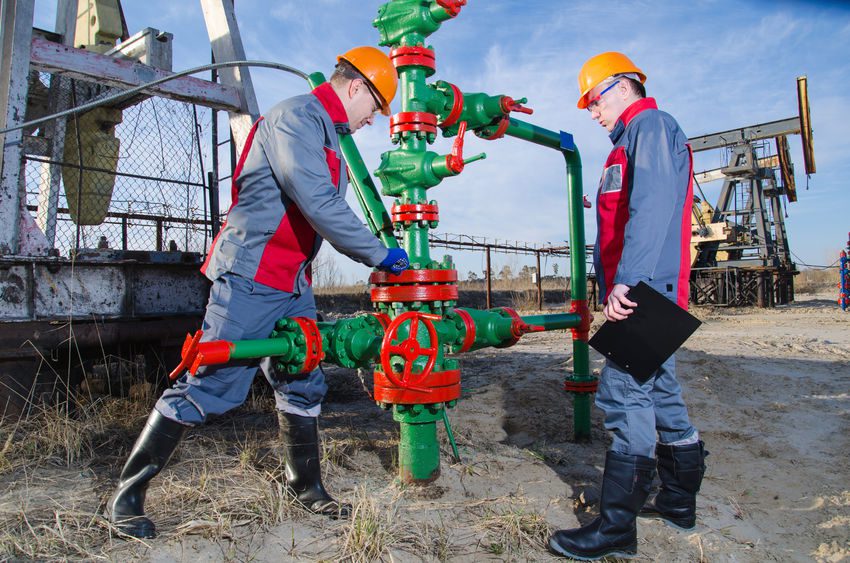 In an environment where investor money is tight and where producers must therefore operate on a cash flow basis instead of relying on an almost endless inflow of investment capital, many are turning to automation to reduce overhead and improve production in order to stay in business. The question becomes less about whether to automate and more about how far can it be taken? Can machines replace people altogether in some functions? If so, how would that work?

Some in the industry have been concerned that the autonomous oil field would indeed be completely unmanned, like autonomous lawnmowers and vacuum cleaners. But with thousands of sensors on pumps, compressors, tanks and pipelines, combined with remote actuators on valves, switches and other devices, the level of complexity in the patch is such that automation systems will always be confined to helping humans make fast, accurate and preemptive decisions.

Computers excel in managing these massive amounts of data and cherry-picking outliers or a collection of outliers that require a response. Outliers can include things like rising tank levels indicating a need for either a truck to collect the product, the turn of a valve to redirect product flow or the slowing/stopping of a pump, all of which is aimed at preventing a spill.

In managing these outliers, computers can use AI and ML to make a number of autonomous adjustments based on what the humans have programmed it to do, without personnel onsite.

Early forms of automation were limited in function. For example, once a tank level reached a preset parameter the computer’s only option was to shut off the associated pump. AI and ML broaden the system’s capabilities. Now, in addition to tracking multiple tank levels, automation can monitor pump injection rates to match inflow with takeaway capacity instead of limiting the decision-making data to tank levels exclusively.

When a situation arises that is beyond AI’s solution capabilities, it can alert company personnel who can then either make remote adjustments or send someone to the site to make repairs. Certain people are always on call no matter how many or few sites the company operates.

For producers considering an in-house monitoring system, there may be a level of efficiency gained in so doing. But developing the advanced algorithms to control tanks and systems is expensive—and unnecessary, since it’s already been done. So outsourcing that alone can bring faster and better results.

But there are even more efficiencies in moving to the next level, which involves a third-party automation firm aggregating multiple fields and adding 24/7 human monitoring at a centralized command center.

In this scenario when an alarm goes off, the contracted third party receives the alert, activates onsite cameras, evaluates the issue and, in most cases, can fix the issue remotely. Only if an onsite visit is required do they notify exactly the personnel who need to know and act on the information.

This eliminates the payroll costs involved in a producer assigning their own personnel to monitor every possible alarm on a handful of wells. Instead, they pay a fraction of that cost to a third party whose personnel may be monitoring hundreds of wells at a time.

In the field, one SitePro client dropped its per-site personnel average from 2.0 operators per site to .72, with an estimated savings of 21 percent in payroll costs.

The most efficient use of automation lies in its scalability. The days of dozens of people racing down lease roads with pencil and paper in hand gauging tanks and inspecting perfectly-working pumps across 1,000 miles per day have been replaced by one person overseeing multiple fields from a wall of monitors. With scalability, it is just as easy to absorb a few new wells recently completed as it is to take on an entire field purchased in an acquisition.

Remote monitoring’s economies of scale also apply to water handling. With simple automation, a producer might pay $10,000 per well, then $50 per month per well for monitoring. Now one facility can automate 8-12 wells for both water treatment and controls. In this scenario oil and gas production becomes a light industrial operation. This has the effect of turning water management operations into a light industrial plant instead of a series of separate, less efficient operations.

Humans are needed not only in the daily operation, they are vital in the development of the systems themselves. Only the human mind can dream, can creatively connect dots and identify problems and their solutions. There is no level of programming now or in the near future that can impart those qualities to circuit boards.

As to concerns about automation eliminating jobs, it may be more correct to say that the staffing pool has done the eliminating in some areas. Despite recent layoffs, jobs in many basins still go begging due to a lack of workers, whether the shortage is due to lack of interest or insufficient training. Automation removes the idea of throwing workers at a problem but it does not remove workers altogether—it just improves the efficiency of those that are on the job. It may very well be the best of both worlds, at current technology levels.

No longer is this the wave of the future—it is here now in most industries, and energy is no exception.

In a June 27, 2019 story in IndustryWeek, writer Travis Hessman discussed how robots in many industries are relieving humans of monotonous and mundane work.

“But in the process (of saving humans from the mundane), we need to ask ourselves a very serious question: If humans aren’t pallet trucks or pick-and-place machines, then what is our role in manufacturing?

This, I believe is the fundamental question of our times, and one every manufacturer and every executive needs to be asking.

The human asset goes far beyond labor. Every worker on the floor is filled with ideas, insights, perspectives and abstract creative genius that no machine and no software can duplicate. The challenge now is to redefine our strategies to tap into that, to harness the true human potential.

But, if any of this is going to work, that process must occur in concert with automation. If not, we risk gaining productivity at the cost of innovation—a miscalculation no business can afford to make.”

After all, it was human-driven innovation that brought industry, including oil and gas, to the level that a ‘robot revolution’ is even up for discussion. But the real revolution is in automation freeing humans to be human—to solve the complex problems and to continue to evaluate the systems themselves and to weigh other decisions such as buying or selling assets, drilling decisions and other ways to improve life, corporate and personal.

Tight markets for both labor and capital are forcing the industry out of its “we’ve always done it the old way” thinking and into researching any and all tools for survival. The right combination of humans and automation can be that sweet spot.

Michael Chavez is vice president of sales and marketing for SitePro, a position he has held since 2017.  Previous experience includes stints with companies working with oilfield technology and water management. Chavez speaks and blogs on oil and gas topics. A Navy veteran, he is a member of the International Society of Automation, and Society of Petroleum Engineers and the Young Professionals in Energy.