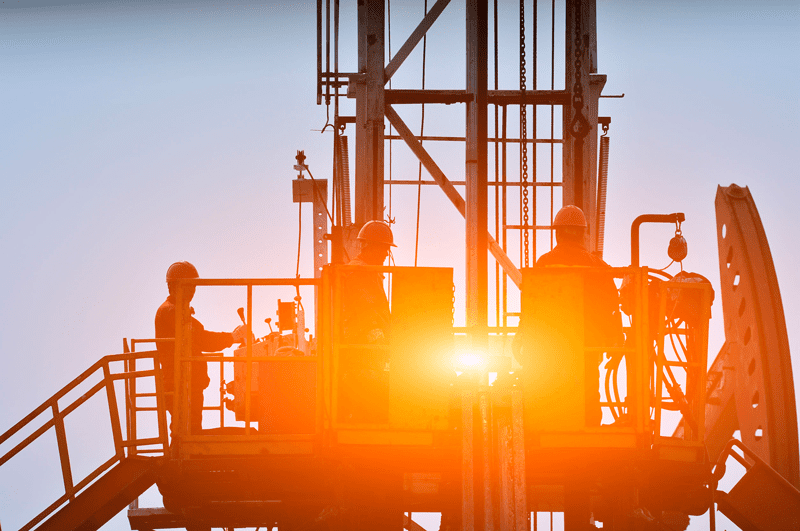 It is a well-known fact that drilling oil and gas wells is fraught with risks. Several disastrous accidents have taken place in the industry and caused grave harm economically and environmentally. They have even resulted in the tragic loss of human life. A blowout is one such event, which can take place in a well during drilling or even in the post-drilling phase. The event initiates with a simple hydrostatic imbalance or failure of barriers in a well. Hydrostatic head of fluid in a well is the first line of defense. As long as the hydrostatic pressure in the wellbore is higher than the formation pressure, the well is under control. If this control is lost, the formation fluid could start entering in the well, which is termed as a “kick” (Figure 1).1

There are several situations that can cause loss of primary control of the well. Rig crews are trained to avoid these conditions through mandatory refresher courses and regular drills on the rig site. If all those safety measures are circumvented and primary control is lost, the secondary control is exercised through blowout prevention equipment (BOPE) by shutting in the well on the surface. (Figure 2)2 shows an example of BOPE stack arrangement, which varies depending on well equipment. All companies have standard practices, equipment testing requirement and training programs to ensure that a kick is detected and controlled in its earliest stage to avoid a blowout. This is the top priority and companies exercise all their efforts in this direction. In spite of these efforts, disasters like blowouts are common in the industry. Most post-mortems of incidents reveal that there were signs well in advance and the incident could have been averted through timely action and intervention. Companies have a well-developed system of capturing lessons learned but, many times, investigations reveal the reasons as overlooked initial indications and not following basic practices.

There are other drilling troubles like sticking pipe, loss of circulation, downhole equipment rupture or failure, hole collapse, underground blowouts, etc. All these may not cause loss of human life, but they do cost companies dearly in the form of damaged equipment or equipment lost in the hole, loss of time to recover and loss of production. Once a downhole trouble starts, the recovery time and cost can be significant. By some estimates, it can easily range from 20 percent to 27 percent of the drilling budget (Figure 3).3 There are several underlying factors which cause these events. Most of the causes and remedies are very well known in the industry. All companies equip drilling rigs with necessary equipment and personnel with required training to be able to detect and avoid these situations. Drill teams exercise all their efforts to avoid downhole problems but, in spite of these efforts, downhole troubles occur frequently, adversely affecting profitability of the companies.

Safety needs to be balanced with the desire for companies to achieve high drilling efficiency. It’s even more relevant in low oil price and low profit market environments. Increasing the rate of penetration (ROP) helps drilling a well to planned target depth faster, thus reducing overall well cost. ROP depends on several factors like energy input to the drill bit, vibrations in drill string, mud system, drill bit type and formation type, just to name a few. All of these factors are critically evaluated while planning a well based on information from offset wells, well objectives, geological information and many more critical aspects. Well progress is closely monitored during drilling and operating parameters are continually adjusted to optimize ROP. Meticulous planning, along with a knowledgeable and trained engineering workforce and experienced crew on the rig are required to achieve the best results. All these are important links in a chain of optimized process and need to be executed well for continued success. However, as it is said, the chain is only as strong as its weakest link. A weak link in this chain not only jeopardizes the optimized process but can create conditions which can lead to major downhole trouble, nullifying any potential gains of improved ROP.

There are two schools of thoughts in the industry. One propagates maximizing ROP, which is an obvious advantage to the company in reducing cost and improving profitability. If a drill bit, drill string and mud system are appropriately selected and designed based on all factors, ROP is adversely impacted primarily due to improper energy input, loss of energy in the string vibrations or hydraulic dysfunction. The concept of founder point and mechanical specific energy (MSE) has been well researched and successfully used by many drilling teams (Figure 4).4

Another school of thought emphasizes risk management. Aggressive operating practices to drill or trip fast have the potential to increase exposure to risks and can lead to cutting accumulation, surge, swab, string stuck ups and wellbore instability to name a few. If the well encounters these troubles, ROP gain is a moot point and, in fact, could lead to disasters with huge impact to a company’s reputation and, in some cases, even its financial feasibility. Therefore, it’s better to go slowly and avoid any downhole troubles.

It is a given fact that you need to know your limits through good engineering, planning and control measures, so that steps taken for increasing ROP do not adversely impact the well conditions and do not pose any unnecessary risk. Maximizing drilling efficiency without the visibility of increasing risk is like speeding on an icy highway. Most disasters are found to be avoidable in hindsight, which clearly points toward a huge technological gap in the industry to be able to detect the troubles in time and take appropriate action to avoid them. Individual skills and intervention timeframe are of immense importance to catch and mitigate disasters. Companies spend enormous amounts of money on training and developing engineering resources to be able to drill a well in a safe manner. However, every plan, every control process and every key individual involved in the process has to be 100 percent right all of the time, which is a lot to ask. The process still relies on individual skills to catch early indications, interpret them correctly, and advise appropriate measures to the operations team in a timely manner, in order to avert a disaster. Heavy reliance on individual skills is frightening. This is the concern that makes most operations teams default to a safe approach and avoid going for fast paced drilling, which could reduce reaction time and land the well in trouble.

In this day and age of digital real time data and artificial intelligence, leaving it to a select few to make right decisions every single time on multi-million dollars wells is irrational. Real-time data transmission software is commonly used by companies, but most of them only relay the data in real time and still rely on individual skills to accurately interpret it and take timely action. It is equally surprising that regulatory agencies and underwriters have not made it mandatory for companies to deploy risk mitigating software to minimize if not eliminate the risk to these expensive operations. The solution lies in a software with Watch, Warn and Advise (WWA) capability that detects preliminary indicators of a developing risk, warns the user on-site and flashes recommendations based on a tried and tested knowledge base, while also using artificial intelligence (AI) to continually enrich the recommendations based on well type, field, offset well experience, etc.

The drilling conundrum of choosing between drilling efficiency and drilling safety can be addressed by developing and deploying predictive and advisory software and deploying it on-site. Real time operation centers are great, but the need is to have WWA set up on-site for quick detection of developing risk and recommendations for corrective steps to avoid downhole troubles right at ground zero. Drilling efficiency and reliability are not mutually exclusive but are complementary. The conundrum and different schools of thoughts in the industry are due to lack of foolproof and dependable systems, which can generate confidence in the drilling teams that risks can be identified and mitigated in time even while aggressively pushing for performance.

A simple analogy is traffic regulations. Highways have higher speed limits due to multi-lane, unidirectional traffic. A warning flashes on highways to alert drivers to reduce speed if icy or foggy conditions develop. Residential streets have lower speed limits because there are stop signs, traffic lights, pedestrians crossing, school and playground areas, which require a higher level of alertness. Reduced speed provides more reaction time to avoid accidents. A similar guiding tool is needed in the drilling industry. There is absolutely no harm in pushing for efficiency as long as well conditions permit. This proposed tool, WWA software, will Watch closely for conditions developing in the well while drilling, Warn of upcoming risks and Advise appropriate actions in time. 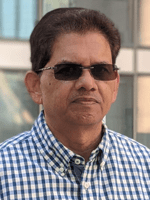