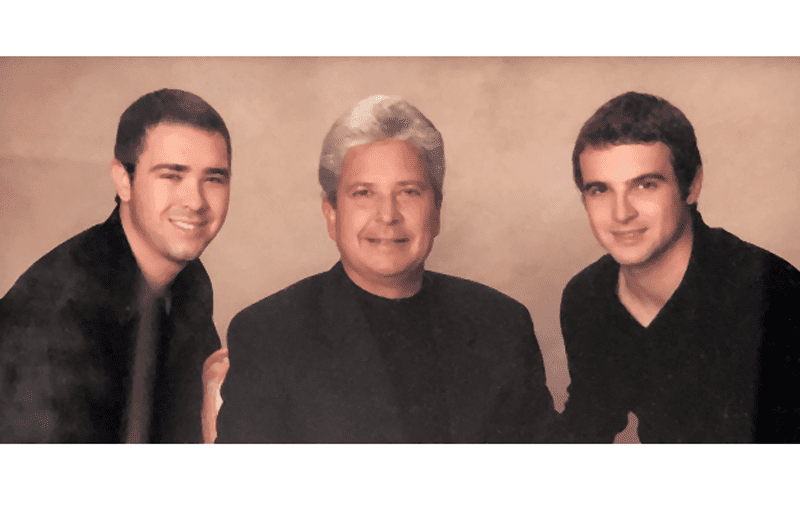 It is not unusual for a Houston Petrochemical marketer to celebrate 25 years in business. But a look at the history of the company, and the extraordinary decisions made by a 33-year old chemical engineering executive, Randy Velarde, in

1994, is to see some important lessons for all corporate leadership in the 21st Century. Velarde began his executive level career after graduating from University of New Mexico with a B.S. in Chemical Engineering in 1981. Velarde’s corporate climb began with Shell Oil Chemicals followed by an even better management job with Texaco Chemicals ten years later.

After 15 years climbing the corporate ladder with Shell and Texaco, Velarde learned that Texaco would be selling its Chemical Division to Huntsman. Feeling stifled by the bureaucracy involved in working for two major operators, Velarde proposed to Texaco’s corporate management that he take over the marketing and distribution of the by-products not included in the Huntsman sale. In 1994, he became the exclusive distributor of the aromatics that are not a valued fuel by the major refiners. Velarde found customers, such as 3M and Sherwin Williams and Pfizer Pharmaceuticals, that could use the acetone, benzene, and butane in everything from nail polish remover to paint thinner and medicinal compounding.

In those final days of completing the legal documents to create the new company, he struggled to come up with a name. Velarde is the son of a former long-time government worker and a stay-at-home mother, who had a passion for genealogy, and had traced ancestors on both sides of the family to Spain. Since his company would be a global petrochemical marketer, the Spanish term “Plaza”— the square where merchandise is bought and sold — came to mind. Thus the name, The Plaza Group. Within two years, Velarde bought out his initial investors and partners and remains the only shareholder.

The first 15 years of The Plaza Group saw increased revenues and new customers and suppliers annually. However, as the U.S. and other countries recovered from the Great Recession of 2008, The Plaza Group experienced a plateau. While other companies borrowed money to breathe new life into their businesses, Velarde decided to pause and examine the organization. He instructed his board of directors and management team to read and study the book Built to Last: Successful Habits of Visionary Companies by Jim Collins and Jerry Porras. Velarde and his team then went on a two-day retreat to brainstorm the fundamental building blocks that created the foundation of The Plaza Group. Velarde recalls the retreat as the event that would forever set the compass and future direction of The Plaza Group.

“This was hard work writing as a group the ingredients in our recipe that had led to 15 years of success and extraordinary growth. We had to define the organizational DNA – those fundamental building blocks that enabled our entrepreneurial success. We had to do a lot of soul searching, brainstorming, and wordsmithing to nail down how many core principles we would adopt and define how each one would be embraced and honored throughout the entire organization. If you choose too many core values, the organization simply cannot embrace and enforce all of them.” Realizing the world is dynamic and successful businesses must be nimble enough to adopt quickly to unexpected changes, Velarde says it would be important to select values that would serve in up and down markets.

Five core values were adopted. “It’s one of those moments when you realize what things you want to live by — knowing at some point mistakes will be made. We are all human and prone to make mistakes, but you want everyone in your organization to understand what the corporate DNA is. It is not just a plaque that you put on the wall.”

Velarde says the ten years following this breakthrough season became a process of leading by example. Every employee from top management to those on the front line had to embrace each of these five core values in both their professional and personal lives. Velarde says in our litigious U.S. corporate world one sign the organization has succeeded in adopting the five core values is the fact The Plaza Group has never had to deal with a lawsuit.

Velarde likes to recount an example when a Plaza Group employee discovered a supplier had undercharged by $100,000. In business transactions that amount to millions each year, some companies might have let this mistake pass, but it was brought to the attention of the supplier and corrected. This proved to be a trust building experience in the relationship between The Plaza Group and the supplier AND with The Plaza Group employees. Everyone witnessed the true meaning of core value number one — being honest and forthcoming.

Velarde says feedback is critical in order to take the pulse of the entire organization. He created a Core Value Team that meets with him every 60 to 75 days to share with him both positive and negative feedback. Velarde wants to know where mistakes are made and feels that it is important to know if they are simply human error or a violation. He believes it is important to be compassionate when mistakes are made, but it is critical to spot a trend when standard operating procedures begin wandering from the five core values. Velarde says, “If you spot a negative trend, it is critical to nip it in the bud in order to prevent bad seeds from growing within the organization.”

Within last three years, The Plaza Group has acquired Dallas-based Conchemicals and the Woodland-based Truth Fuels. Being a minority-owned business has given The Plaza Group a great advantage with the Truth Fuel Group, which provides fuel for small generators to cities and special events, as often cities or non-profits or NOGs want to do business with a minority-owned company.

Velarde’s two sons have joined The Plaza Group within the last five years and brought forward the principles for work-life balance. Velarde says he realizes that may be one of the shortcomings of his generation and that this younger generation helps balance the organization in attracting young professionals and allows him to focus on mentoring the next generation.

As 2020 approaches, Velarde says he is excited about new challenges in finding solutions for climate change and creating a healthier environment in the petrochemical industry for the benefit of everyone on the planet. As someone who loves to fish, he is passionate about helping foster good stewardship of land and water resources.

Listening to Velarde share his extraordinary journey from a Shell/Texaco corporate executive leader to striking out to build a niche business proves that, while Velarde began his career as an ordinary chemical engineer, he adopted an extraordinary vision for his organization and has prepared The Plaza Group to be uniquely positioned for the next season of the 21st Century.