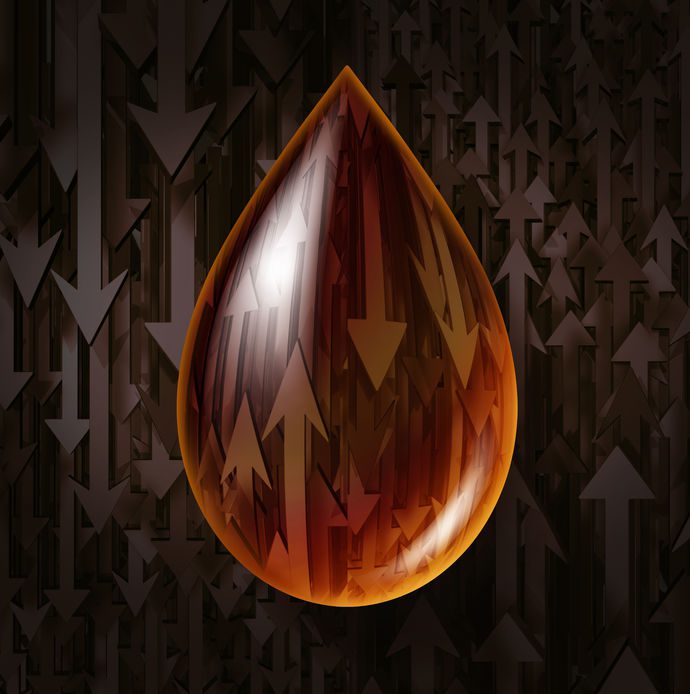 Predicting oil prices is notoriously difficult because oil prices reflect both supply and demand dynamics. Of course, supply issues garner the lion’s share of the media’s attention – often around geopolitical shocks – and are inherently unpredictable.

Nevertheless, in reality, the demand side of the equation dominates sustained swings in oil price inflation. Having studied such cyclical dynamics for decades, we have a clear understanding of the cyclical drivers of global oil demand to help us distill whether moves in oil prices are supported by directional shifts in demand growth, or are merely reflective of supply-driven gyrations. When global economic growth slows, oil demand growth follows suit. Such swings in oil demand can also show up with a lag in measures closely followed by industry participants, including growth in rig count.

For example, around the onset of the Arab Spring, in early 2011, there was a spike in oil price inflation, while non-exchange-traded commodity price inflation continued falling. These were in line with a cyclical slowdown in industrial growth. More recently, the behavior of those prices has also been telling, with regard to those underlying demand dynamics. While raw material commodity price inflation has mostly been declining since the start of 2017, oil price inflation followed suit only through mid-year, when OPEC supply cuts took hold, boosting oil prices. This divergence held through most of 2018 until, as worries about global demand mounted late last year, oil price inflation tumbled back in line with that in non-exchange-traded commodities. Then, following the Fed’s dovish pivot in January, oil prices participated in the speculative risk-on rally, only to reverse course yet again.

In other words, when oil price inflation spikes or plunges again, in the wake of speculation about supply or risk-on sentiment, a dangerous or fortuitous moment may be at hand. To understand which one it is, it pays to check what the non-exchange-traded commodity prices are signaling about where we are in the industrial demand cycle. 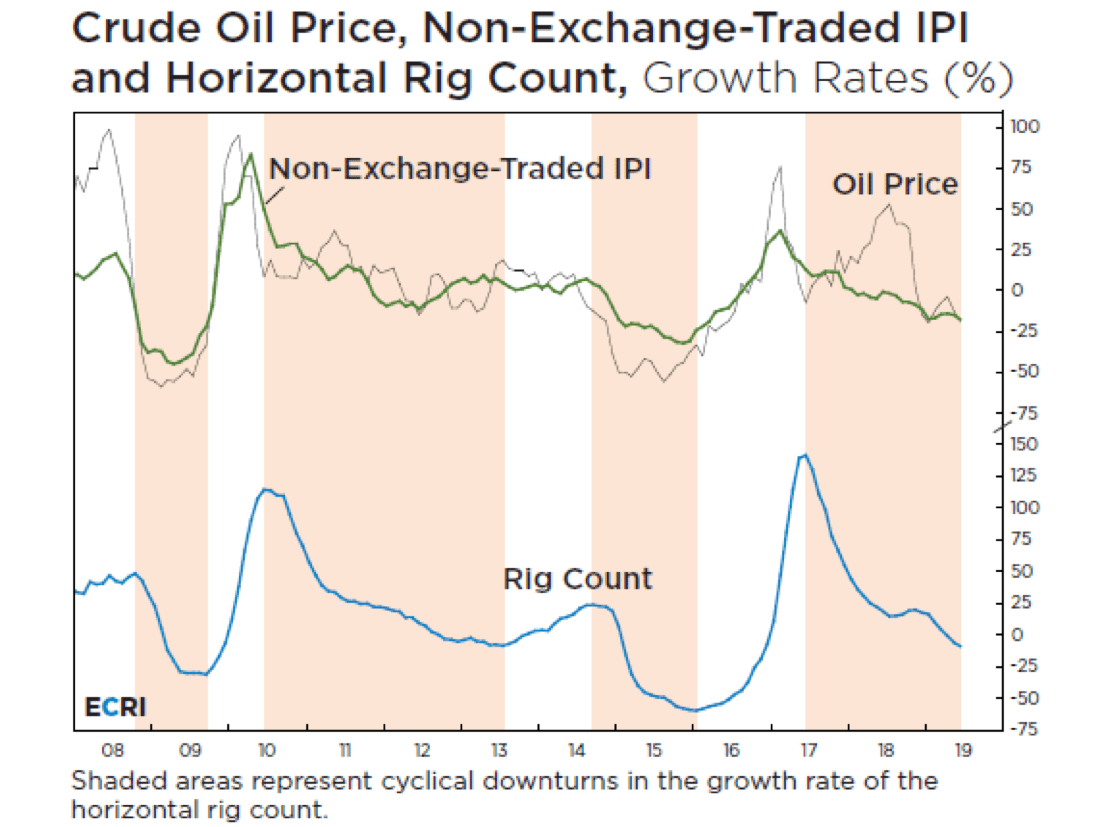 Lakshman Achuthan is the co-founder of the Economic Cycle Research Institute (ECRI). He also serves as the managing editor of ECRI-produced forecasting publications. Over nearly 30 years of analyzing business cycles, he has been featured in the Wall Street Journal, FOX Business News, the Washington Post, Forbes and many other publications. He is also a frequent guest on business and financial news programs on CNBC, Bloomberg, Reuters and MSNBC. Achuthan has been a featured speaker at John Mauldin’s Investor Conference and the Levy Institute’s Minsky Conference. In 2004, he co-authored Beating the Business Cycle: How to Predict and Profit from Turning Points in the Economy.

Achuthan met his mentor, Geoffrey H. Moore, in 1990 and was immediately fascinated by Moore’s unique global approach to analyzing business cycles. After working together for years, with co-founder Anirvan Banerji, the three left Columbia University to start ECRI in 1996.

Achuthan currently serves on the Board of Economists for Time Magazine, on the Board of Governors for the Levy Economics Institute of Bard College, and as a trustee on the boards of several other foundations. He received an undergraduate degree from Fairleigh Dickinson University and a graduate degree from Long Island University. Follow him on LinkedIn and on Twitter at @businesscycle.

Anirvan Banerji is the co-founder of the Economic Cycle Research Institute (ECRI). Additionally, he is the editor-in-chief of ECRI’s forecasting publications and is the co-author of Beating the Business Cycle: How to Predict and Profit from Turning Points in the Economy. Banerji has been an invited speaker at events ranging from the Eurostat colloquium on modern tools for business cycle analysis to the Grant’s Interest Rate Observer conference.

Banerji worked closely with Geoffrey H. Moore since 1986 at Columbia University's Center for International Business Cycle Research and co-founded ECRI with Moore and Achuthan in 1996. Banerji currently serves on the New York City Economic Advisory Panel and is also a past President of the Forecasters Club of New York. He has an engineering degree from the Indian Institute of Technology, Kharagpur and graduate degrees from the Indian Institute of Management, Ahmedabad and Columbia University.