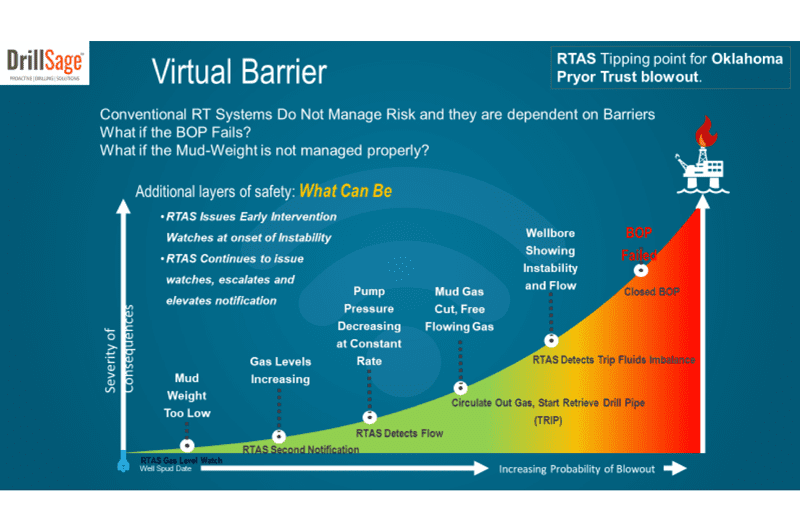 In March 2014, the Society of Petroleum Engineers (SPE) Aberdeen held the first international conference on how to address the type of risk assessment that drilling thought leader David Pritchard had written about for so many years. SPE Aberdeen selected Pritchard to speak and also to be a panelist at SPE’s “Another Perspective on Risk – The Tipping Point,” keynoted by Lord Cullen of Whitekirk, the judge who conducted the Piper Alpha inquiry and published the The Public Inquiry Into the Piper Alpha Disaster,1 to look at Piper Alpha and Macondo through the lens of the true cost in human lives.

An Offshore Engineer article from March 7, 2014, stated, “The stark warning was issued to delegates at SPE Aberdeen’s “Another Perspective on Risk” conference, which was organized to address the number of incidents occurring in recent years, despite the wake-up call from the Deepwater Horizon disaster.”

Lord Cullen, in his keynote address, reiterated the lessons of the Piper Alpha disaster, when he said, “Safety awareness at all levels should avoid any tendency to tolerate, cut corners, forget or fail to report, investigate and take lasting corrective action. That assumes, of course, a general commitment to safety which enables employees to report what has happened without fear of recrimination.”

Pritchard, co-chair of the Presidential Technical Commission for the Deepwater Horizon study group (U.S.) said, “With Macondo, as well as other operations I look at, there were unmistakable forewarnings throughout the design and execution process. It can happen again; it will happen again – we cannot dismiss early warning signs.”

In the long history of catastrophic blowouts, awareness of the social license to operate has never been greater for the global E&P industry. Coupled with this awareness is the absolute mandate to ensure the safest, most responsible drilling practices are always employed both onshore and offshore. Events from Piper Alpha, Macondo, Pryor Trust, and the continuing blowouts, including in India and other locations around the world, demand the industry do a better job managing risk. The failure to understand and assess process safety risk in the planning, design, and execution phase always plants the seeds for major disasters. It is time for the industry to adopt systems and practices that will deliver a transformational, reliable change in the way companies manage their process safety and risk management.

Shareholder and investor pressures drive the industry to drill faster, deeper, and cheaper. This necessity to rapidly reduce costs and increase production is a significant challenge to process safety.

Dr. Patrick Hudson spent more than a decade helping Shell Oil create a Safety Management System (SMS) connecting decisions made by the C-Suite to front-line workers, and creating feedback loops of communication where good news, as well as bad, could travel up and down communication lines between all parties on the rig and the C-suite. Enterprise-wide communication is critical in staying within Dr. Hudson’s thin green line of SMS.

The need for real-time technology and software to guide the entire operation on a minute-by-minute basis has never been greater.

The founders of DrillSage, a company dedicated to real-time process safety and risk management, realized, rather than attempting to change the way industry used real-time data, it would be necessary to create a new technology that could provide a third barrier between the well and the rig crew. DrillSage has unveiled the Real Time Advisory System (RTAS) as the paradigm shift toward a proactive method and technology to catch problems before they happen in well planning, design, and through all phases of the execution of drilling and completions. This proactively prevents blowouts and non-productive time events that lead to stuck pipe, swabbing, loss of mud and cement, kicks, sidetracks, fishing or simply having to walk away from the well.

The drilling industry often refers to problem wells as “train wrecks.” This metaphorical reference can range from hazards, such as stuck pipe or loss of barrier, to avoidable catastrophes such as the Macondo and Red Mountain Pryor Trust blowouts. Train wrecks in the drilling process happen often and, tragically, result in the loss of life, significant environmental damage, property damage, and damage to reputation. In 2020, at this moment in history, the social license to operate is in jeopardy, not just from governments, but from the communities forced to live for decades with the consequences. In the vast majority of cases, these train wrecks are entirely avoidable.

The DrillSage™ proprietary RTAS™ software proactively identifies root causes and tracks Avoidable Lost Time™ under the premise that if something cannot be measured then it cannot be improved. In this way, train wrecks are mitigated before they occur.

On July 6, 2020, a virtual remembrance will be held to honor the Piper Alpha disaster, which happened 32 years ago, and resulted in the loss of 167 lives, leaving only 61 survivors.

It also led to Lord Cullen’s The Public Inquiry Into the Piper Alpha, which resulted in 106 safety recommendations being made to the industry. Has the upstream industry failed to understand those hard lessons purchased with human blood? The Macondo and Pryor Trust blowouts are evidence that the lessons have still not been learned. These blowouts, as well as the others that have occurred and are still happening, demand new technological solutions that offer a dramatically different approach. The industry must leave behind 20th Century operating practices and adopt NASA-level technologies.

For three decades, Measurement While Drilling (MWD) and Logging While Drilling (LWD) and real-time data from the major service companies dramatically improved. The industry jumped on these real-time data streams and used them to drill faster, deeper, and cheaper. As a result, has there been less focus on preserving human life and the environment?

At the same time, well complexity in deepwater, shale, and high-temperature, high-pressure formations has increased exponentially. The thin margins between the pore pressure and frac gradient have proven deadly for many oil and gas workers on the front lines – on the sharp end of the safety spear – where they work and must make split-second, multi-million dollar decisions, and where conditions in the hole can change faster than human beings can sometimes comprehend. In every single event that results in lost or wasted non-productive time or death and disaster, the real-time data demonstrates forewarning at multiple stages before the major event. Blowouts, or even swabbing and stuck pipe, do not just suddenly occur. The conditions have to be conducive for these small events to reach a tipping point.

In both Macondo and Pryor Trust, and on so many other drilling rigs, alarms are bypassed by drilling crews. When a client uses the RTAS system, the alerts that include warnings and watches are automatically sent to all appropriate stakeholders in the well and well operations. RTAS notifications are independent of rig site personnel intervention, ensuring information necessary for office and contractor review is provided in a timely manner via tablet, cell phone cloud or computer access. 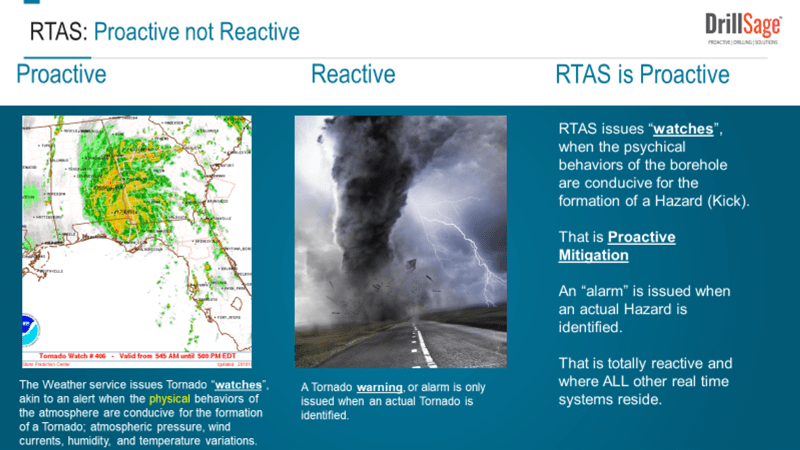 Pritchard says that in the summer of 2020, “We are at a juncture in our industry demanding real-time technology to save money and manage the risk of well construction. The critical path represents tasks on a time-depth relationship to accomplish geological objectives. Time should all be productive time, but rarely does that happen. We measure productive time and some non-productive time on the critical path. But we never account for time wasted when we deviate from the critical path, or what we DrillSage capture as Avoidable Lost Time (ALT). We measure from first “watch” of evolving hazards conditions for team awareness: barrier integrity, lost circulation, stuck pipe, kicks and well control or a hierarchical combination. Any deviation from the critical path exponentially increases risks and results in wiping out any efficiencies on a well or campaign of wells, but it can be both ways: efficiencies and eliminating ALT. Staying on the critical path is in fact the best way to manage risks and save real money.”

“Oil companies must have as their first mission protecting the lives of the tens of thousands of employees who work at the coal face of oil exploration and production. Protecting people and the environment must be elevated to the highest priority if we hope to maintain the social license to operate,” John Hofmeister, former president of Shell Oil Company, and the founder and CEO of Citizens for Affordable Energy.2

1 – Vol. I and II have been released into the public domain and can be downloaded free of charge. https://www.hse.gov.uk/offshore/piper-alpha-disaster-public-inquiry.htm.

2 – May 19, 2020, on Climate One Podcast. Listen to excerpt at Deepwater Horizon to Deflation.