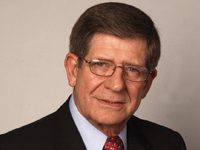 It is safe to say that the hot button topic in the oil patch is the oil price and its impact on U.S. drilling operations. Many analysts and talking heads are stating that the current price drop is not affecting our U.S. market, while others are stating just the opposite. While it is impossible to accurately predict the future, today, we are seeing companies indeed restructuring their drilling budgets for 2015 due to the change in oil prices.

Right here in Louisiana, some companies, such as Halcon and Sanchez, have already announced reductions in their budget for 2015 in the Tuscaloosa Marine Shale (TMS) directly due to falling oil prices. (See story, p. 38.) Unfortunately, Louisiana is not home to any cheap oil plays. The TMS is a good example of an expensive play especially now with $77 a barrel oil.

The Gulf of Mexico has already seen companies reducing manpower and scaling back drilling budgets for 2015. To say the market in the U.S. is not being negatively affected is simply not an accurate assessment of the situation.

How does this uptick in production cause a fall in oil prices? As production rises and demand does not, a simple imbalance in the economics curve occurs. In addition to the U.S. oil supply drastically growing, international politics also play a role in the rise and fall of U.S. crude oil prices.

The Organization of Petroleum Exporting Countries (OPEC) recognizes that the U.S. is gaining market share from them. OPEC, for obvious reasons, wants to retain control of the crude oil market. Saudi Arabia, a member of the cartel and the cartel’s largest producer, is specifically making moves to retain its market share from the U.S. Saudi Arabia, in December 2015, lowered export prices to the U.S. and raised its prices to other countries. This shift caused a decline in U.S. oil prices. This export price drop from the Saudis to the U.S. makes drilling domestically less financially appealing.

As consumers are enjoying a brief bit of relief at the gasoline pump, the larger implications of cheap gasoline will play a more detrimental role on the U.S. economy should the price of oil continue to drop. So again, as analysts are indicating everything is still “ok” for the U.S. market, the company executives that are cutting jobs and reducing drilling budgets most likely do not agree with the television commentators. Something to keep in mind as oil prices drop is the fact that investors are not looking to simply break even on oil prices. These investors need an actual return on their investment, as this is what will keep the U.S. economy strong for the future.