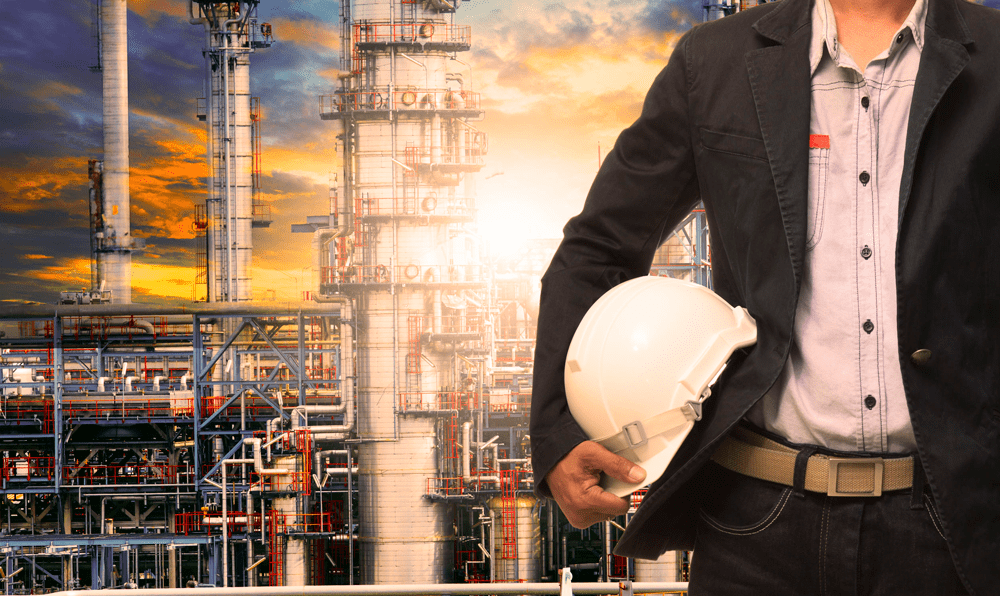 As for Alexeyev, he began his career in the oil and gas industry by attending the SPE (Society of Petroleum Engineer) events and conferences and talking to people and friends about the industry and the profession. “I liked it a lot – the way people worked, the importance of the profession, flexibility and opportunities it can offer. I somehow felt connected to the industry and people in it and wanted to be a part of it too. Plus, I always had a general technical education, so I thought I could do engineering as well,” Alexeyev explained. Alexeyev originally majored in Mathematics, but decided to pursue a second bachelor’s degree in petroleum engineering at the University of Wyoming. He obtained a master’s degree in Petroleum Engineering from the University of North Dakota.

With both individuals having established their own careers in the oil and gas industry, they now mentor and lecture graduate students looking to enter the industry, as they once did. When asked about the biggest challenges that students may face when trying to break into the oil and gas industry, Sen explained that the foremost challenge they [students] face is having clarity on what they want to do. “There are innumerable avenues to pursue and having a fairly good understanding should help students in the long run. I always advise students to spend time talking to people from the industry and understand their job roles,” Sen further explained. He also stated that having an idea of what you want to do will provide you the opportunity to develop a plan and work towards it. As for another challenge that students face, Sen shared that in his mind, the second challenge is meeting the right people.

Extending on the conversation of students breaking into the oil and gas industry, Alexeyev was asked if he believed the industry had taken initiatives to smoothly transition young professionals into the oil sector. He expressed how the industry could provide more engineer-related jobs for students. “Even if internships are scarce, they could host weeklong job-shadow events, where students could observe what it takes to work either in the office or on a field location even for a brief period of time,” Alexeyev expressed. He stated that such events would boost the understanding of petroleum engineering classes and the industry by a lot. “Maybe have some sort of weeklong boot camps set up on drilling rigs or in the office, make that part of the curriculum. I foresee that would be the next big step the industry can take to help the younger generation. This in turn will produce better quality students just because they will understand it much better upon graduating,” Alexeyev further explained.

Alexeyev was also asked if and why it is important for more young adults to be in the oil and gas industry. “Yes, it is important and SPE is at the front of all of this,” stated Alexeyev. “There are local and university chapters everywhere that organize the learning and volunteering and social events, as well as sister organizations that are also closely related to oil, like the AADE, AAPG, AGU, ARMA, SEG, etc. It’s really all part of one big oil-related industry and points out how different disciplines can work together and help each other,” Alexeyev further explained. He described how during those organizations’ events, young people and students are exposed to those who have been in the industry longer and thus, can learn from them. “They can see the expectations of the industry and how they can fit in. It’s great for networking, great to see what new technology and trends other companies are doing. There’s just so much interesting stuff out there,” Alexeyev expressed.

Continuing the conversation on graduate students and young professionals entering the oil sector, Sen was asked whether he believed the incoming of graduate students and individuals from other industries into the oil and gas industry would have an effect. He was additionally asked if an influx of diverse demographics would be advantageous to the industry? Sen answered, “I am a firm believer that a diverse demographic community will be beneficial to each and every one in the industry. I also believe that diversity already exists within this global industry.” He further explained how the oil and gas industry is in the process of implementing effective ways to harness data and information for operational efficiencies. “The incoming batch of graduate students will bring valuable skill sets to achieve this and thus should be capable of impacting the future of the industry. Diversity will help bring varied thought processes, views and expertise together, which will be beneficial to the oil and gas industry,” Sen expressed.

On the topic of transition, Alexeyev was asked whether he believed an individual’s transition from another industry to the oil and gas industry would provide difficulty or opportunity, such as a diverse perspective. He responded, “The oil industry has many people working with different but related STEM (science, technology, engineering, and math) programs. I think nowadays we’ll be seeing more computer scientists/engineers working in our industry too, because of the shift to digitization, data analytics, and automation.” He expressed how he would advise that the petroleum engineering curriculum add a few data analytics and computer programming courses as a requirement to reflect the current industry changes.

Continuing the conversation on industry transition, Sen was asked what advice he gives to individuals looking to transition into the oil industry from graduate programs or other industries. He stated “My advice to anyone trying to transition into the oil and gas industry would be to try and identify the challenges that the industry is facing currently. Then, develop skills which would help address or work on these challenges.” “The oil and gas industry is looking to better harness the data that is available and use it to increase efficiencies, and anyone with the skills to enable or achieve it will be in demand,” Sen further explained.

When asked what advice he gives to students who initially express interest in the oil and gas industry, Alexeyev stated that for those interested in an oil and gas career, “I’d say definitely choose a major in STEM, whether it is a general engineering (civil/mechanical/chemical) or science (math/CS/physics) major, just to have flexibility in case you end up not pursuing oil so you can still apply yourself in other industries.” He expressed how students could take introductory petroleum classes which could serve as electives. “That way, they [the students] wouldn’t lose time and classes in case they decided not to pursue it; it’s all about being flexible,” explained Alexeyev.