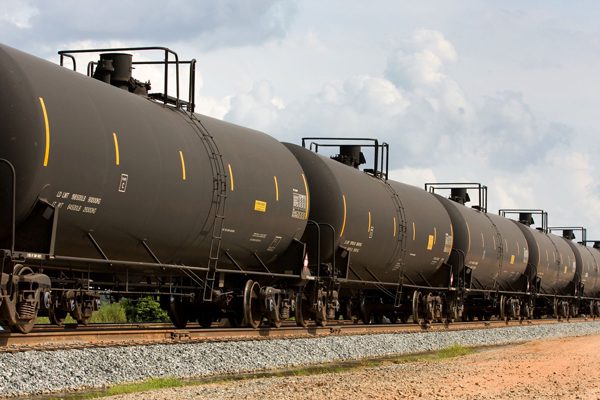 The U.S. Department of Transportation (DOT) has released a Notice of Proposed Rulemaking (NOPR) to improve the safe transportation of large quantities of flammable materials by rail – particularly crude oil and ethanol.

DOT proposes enhanced tank car standards, a classification and testing program for mined gases and liquids, and new operational requirements for high-hazard flammable trains (HHFT) that include braking controls and speed restrictions. The NOPR includes a phase out of older DOT 111 tank cars for the shipment of packing group I flammable liquids, including most Bakken crude oil, unless the tank cars are retrofitted to comply with new tank car design standards.

“Safety is our top priority, which is why I’ve worked aggressively to improve the safe transport of crude oil and other hazardous materials since my first week in office,” said Secretary of Transportation Anthony Foxx. “While we have made unprecedented progress through voluntary agreements and emergency orders, today’s proposal represents our most significant progress yet in developing and enforcing new rules to ensure that all flammable liquids, including Bakken crude and ethanol, are transported safely.”

Today’s NPRM is based on an ANPRM published by the Pipeline and Hazardous Materials Safety Administration (PHMSA) last September, and reflects feedback from more than 152,000 commenters.

The NOPR seeks to:

– establish the definition of HHFT as a train carrying 20 or more tank carloads of flammable liquids,

– develop and implement a written sampling and testing program for all mined gases and liquids, such as crude oil, to address (a) frequency of sampling and testing, (b) sampling at various points along the supply chain, (c) sampling methods that ensure a representative sample of the entire mixture, (d) testing methods to enable better analysis, classification, and characterization of material, (e) statistical justification for sample frequencies, and (f) duplicate samples for quality assurance,

– require offerors to certify that a sampling and testing program is in place, document the testing and sampling program, and make program information available to DOT personnel, upon request,

– require carriers to perform a routing analysis for HHFT that would consider 27 safety and security factors and select a route based on findings of the route analysis,

– codify DOT’s May 2014 emergency order that requires trains containing 1 million gallons of Bakken crude oil to notify State Emergency Response Commissions or other appropriate state delegated entities about the operation of these trains through their States,

– establish new standards for tank cars constructed after Oct. 1, 2015 – and that are used to transport flammable liquids as part of a HHF, e.g., thermal, top fittings, and bottom outlet protection; tank head and shell puncture resistance).

Comments are requested on three options for enhanced tank car standard requirements, including

– tank car option 2, with 9/16 inch steel and no requirement for ECP brakes or rollover protection, and

– tank car option 3, based on a 2011 industry standard, with 7/16 inch steel and no requirement for ECP brakes or rollover protection.

In addition, the NOPR seeks to require that existing tank cars are used to transport flammable liquids as part of a HHFT be retrofitted to meet the selected option for performance requirements. Those not retrofitted would be retired, repurposed, or operated under speed restrictions for up to five years, based on packing group assignment of the flammable liquids being shipped by rail.