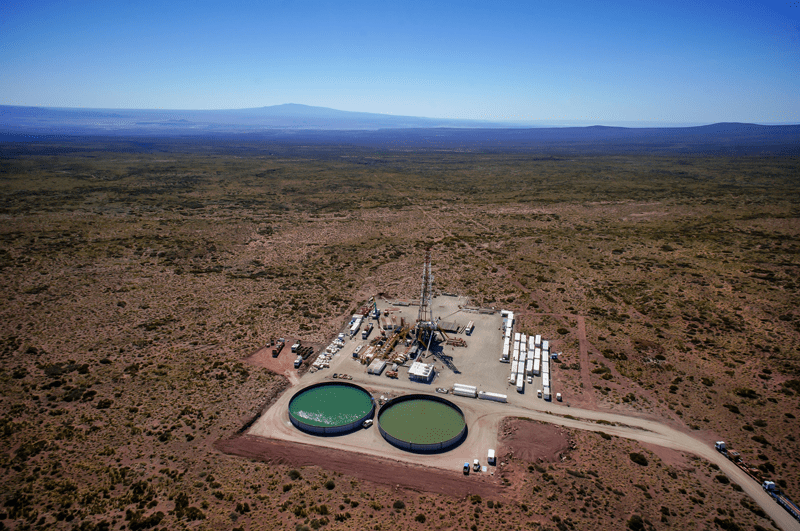 In previous sections, we introduced unconventional reservoirs, and determined that one of the main parameters that will define this type of reservoir is its permeability. We can refer to a reservoir with very low permeability, less than one (1) microdarcy (Figure 1), but which has the possibility of producing hydrocarbons, through the application of different techniques related to hydraulic fracturing. Much of the non-specific resources are found worldwide, and have particular characteristics such as rapid depletion (Figure 2). For this reason, it is important to consider some aspects of the exploration and production of these types of reservoirs, to have an understanding of the technological alternatives that are considered for their management.

Exploratory processes as such do not have a classification between conventional and unconventional, since they basically try to identify the structural geological complex that will result in the generation of hydrocarbons. In this sense, the exploratory methods are designed to find vestiges of source rock, reservoir rock, and seal that allow the accumulation of hydrocarbon. The exploratory processes are the same for conventional reservoirs as for unconventional reservoirs; what changes is the conception that was had of rocks with low permeability, which were not considered as storage rock, or rather, potentially producing rocks (Figure 3).

This introduces the great technological challenges from the production point of view, when trying to generate hydrocarbon production from rocks with low permeability, generating new exploitation schemes to obtain the best resources with effective and efficient management of the oil business.

The discovery of many of these kinds of reserves would not be possible without the development of horizontal wells with multiple fracturing (Figure 4), which allowed economic interest in low permeability geological formations. This is how an exploitation scheme allows these findings, but in fields that were already considered exploitable from the exploratory point of view. Rather, unconventional deposits are not sought; the ideal oil system scheme is sought, and both conventional and unconventional deposits can coexist in them.

Regarding their production characteristics, they are deposits in which induced fractures occur, or what is known as hydraulic fracturing, in order to generate the channels that allow fluid communication from the formation to the well. The accumulations that could be contained in the fractures are temporary and the formation matrix must fill these fractures again. So its production behavior will be rapid depletion as a function of time, requiring subsequent stimulations that could reactivate the productive state of the wells. Among the best known types of stimulations are multistage fracturing and induced seismicity.

This is the importance that the branches of geochemistry and microsismisity acquire in exploration and production technologies in the determination of unconventional reservoirs. Geochemistry, for unconventional types of deposits with high organic content, since it depends on the amount of total organic carbon contained in the geological formations under study. For its part, microsismisity becomes important for the determination of structural elements not detected by conventional seismic. Determining fracture systems as accurately as possible, with great potential to contribute to production, and detecting fracture families that can be stimulated with induced seismicity, are of great importance for the development of better unconventional reservoir production technologies.

The concern of nations to maintain their energy self-sufficiency merits the exploitation of these unconventional resources, which [accounts for] their investment in technology for the development of hydraulic fracturing techniques (Fraking).

To know what the technological solutions for the development of unconventional resources would be, we first must identify that this type of resource requires hard technology, which involves rock analysis (petrophysics, geochemistry, and geomechanics), microseismic, drilling both vertically, such as highly inclined, and horizontal wells, fracturing, and production. Due to the characteristics of the oil business, these technologies must be based on a scenario that includes time reduction, cost minimization, inventories, production optimization, and reduction of socio-environmental impacts. It will also require the so-called soft technologies: JIT (Just in time) and LEAN process optimization. The latter refer to the technologies of the market. Here we will name the hard technologies necessary in the development of unconventional deposits:

Horizontal Drilling: Drilling within the desired reservoir, allowing access to various levels through non-vertical drilling. It is intended to traverse and reach the deposits directly.

Fracturing: Injecting water and sand/propane at high pressures into the reservoir to improve gas and oil flow by fracturing the rocks, which increases the permeability of the rock through chemical reactions and fluid pressure, allowing natural gas to escape. In this sense, the so-called fracking or hydrofracking consists of pumping fluids (abundant volumes of water, gel, foam, compressed gases, diesel, steam, etc.) at high enough pressures (480-850 bar), also using explosives to fracture the rock, increasing its porosity and permeability.

Microseismic: Seismic studies designed and processed to show the fracturing system and other sensitive areas within the reservoir
(Figure 5).

3D Seismic: Seismic records are acquired on a high density grid, and their results are shown on a detailed 3D map of the volume in the subsoil.

Based on the objectives proposed in the exploration and production of unconventional deposits, those previously named as hard technologies, are the starting point for the development of specific technologies, among which are in situ monitoring of changes in pressures between geological formations from wire line, instrumentation to detect changes in salinities, developments in seismic or well seismic, digital pressure drop sensors, dynamic modifiers of the viscosity of the fracturing fluid, field monitoring from a simple fiber line for production optimization, seismic-assisted hydraulic fracturing, recoveries from the use of liquid natural gas, high-quality seismic monitoring, and Smart Microchip Proppants for high-precision monitoring in the generation of hydraulic fracturing.

In order to achieve a better understanding of the use of unconventional resources, companies have invested in the development of rock laboratories, for the generation of powerful petrophysical, geochemical, and geomechanical tests and, in this way, obtain the best results in reservoir characterization and establish the most optimal exploitation plans.

Additionally, new regulations, especially in North America, examine the current state of science and technology, as well as opportunities for future research and development activities, in relation to five general thematic areas of unconventional oil and gas fields: (1) resource recovery; (2) protection of water quality; (3) availability of water; (4) protection of air quality; and (5) induced seismicity. These issues are recognized within the Federal Multi-Agency Collaboration on Unconventional Oil and Gas Research, which also includes thematic areas on ecosystem impacts and implications for human health (Figure 6).

New technologies for the exploration and production of unconventional deposits are based on the basic principles of conventional deposits. The plays are determined under the same exploratory processes that at one time gave way to conventional deposits, but now with another vision that considers impermeable rocks as deposit rock. The technological challenges are given by the complexity of these deposits, which is why companies will seek to optimize highly inclined or vertical drilling, use the best fluids for both drilling and fracturing, and know how to have a better characterization based on use of microseismic and optimization of hydraulic fractures under the scenarios present.

Technology has advanced not only in production processes, but it is vital in characterization processes, where geophysics, petrophysics, geochemistry, and geomechanics play a fundamental role in major developments of rock laboratories and instrumentation, to meet production requirements, as well as best practices and care for the environment. 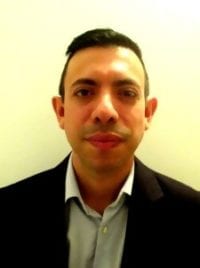