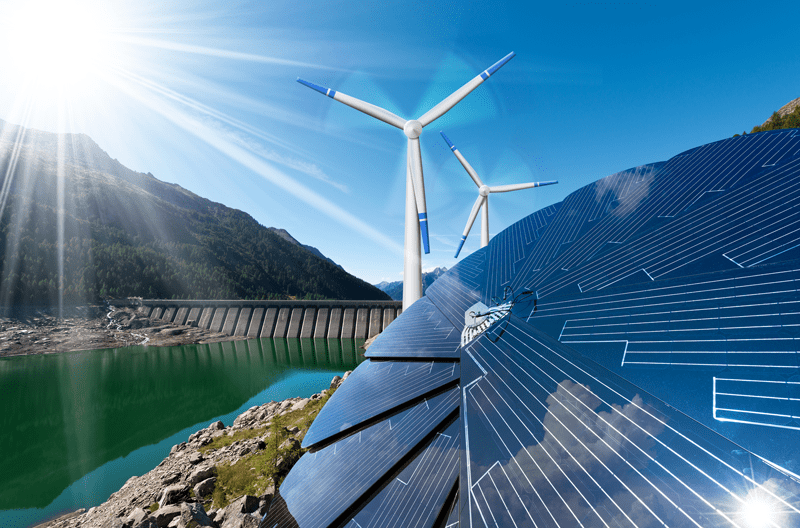 The use of clean energy is increasingly more important for the future of humanity as we know it. To be able to understand the research topic in greater depth, it is necessary to answer the following question:

What is Clean Energy?

Clean energies, also called green energies, are those that when obtained or used do not emit any polluting substances or do not involve any processes that have a negative impact on the environment. But not all of them are renewable, as in the case of natural gas which virtually does not generate waste, but it is nonetheless a limited resource.

In view of the climatic changes and global warming that have been evolving since the beginning of the Industrial Revolution, there is an urgent need to have an efficient energy production system, but sustainable and environment-friendly.

Among the types of clean energy, we find the following:

Now that we know what clean energy is and what types of renewable clean energy exist, we can continue with the research.

Currently, there is a taboo that these two types of energy are in a kind of moral war to see who stays at the forefront of the energy world. For a start, we have the “friends of the Earth,” who say that the energy that comes from fossil’s elements is highly polluting and has irreversible effects on our ecosystem. While it is true that although some things they argue may be true, it is necessary to understand that not everything is bad and that this energy can be optimally achieved in favor of the ecosystem.

It is necessary to leave these stigmas behind and think about the future, to work in complete harmony. The oil industry is generally considered highly polluting; however, throughout most of the twentieth century and what goes of the twenty-first century, it remains as the fundamental engine that energizes the world. In recent years, considerable efforts have been made to incorporate clean energy for oil developments. That is why the issue arises concerning the use of clean energies within the hydrocarbon production chain.

Why should we have a balance? Simply because the use of non-renewable energy is the one with the highest demand worldwide and the one with the greatest supply, but since it is non-renewable, we know that at some point it will come to an end, therefore it is imperative to lengthen as much as possible its use. This is being achieved progressively with the increase of clean energy power generation facilities such as solar cells, hydroelectric facilities among others.

Possible Uses of Clean Energy within the Hydrocarbon Production Chain

The use of these types of energies in the field of hydrocarbons can be very useful either from small uses like powering the engines of the following: artificial lifting, water injection, power pumps, or compressors for the transport of the hydrocarbons in the oil or gas pipelines to their discharge zone through the use of photovoltaic solar cells (the use of heating for the separation of water, oil and gas by using the other factor of solar energy: thermal energy). Hydrocarbons can be useful at large-scale such as, hydroelectric power plants or a wind turbine park to power drills, operating bases or a refinery for energy autonomy.

The application of this type of energy will bring more advantages than disadvantages. Both are described below:

You may think that these cases have never been applied in the industry because of the supposed war, but it is quite the opposite. More and more cases of the application of clean energy in the hydrocarbon industry are being developed. Among the real cases that are being developed are solar energy, wind energy and wave energy.

Below are some real cases of the application of these types of energies within the hydrocarbon production chain.

The first case is published on the PV Magazine web page in the article “Solar PV and batteries to provide 24-hour power for Santos oil pumps” where they describe the use of photovoltaic energy for the operation of well pumps to extract oil 24 hours a day and in this way replacing the use of diesel engines that emit many pollutants into the atmosphere.

The second case, also of solar energy but in this case thermal energy, occurs with the GlassPoint company that uses a technology based on the absorption of solar rays by using mirrors that obtain the position of the sun at any time to reflect these in a pipe with water to generate steam by heating for its different uses in the oil industry such as steam injection, use of steam for the separation and refining of hydrocarbons and all this process is protected by a greenhouse.

Finally, I want to highlight a case that caught my attention, as the SENER company publishes on its website, it is developing a technology that could be a hybrid of three types of clean energy and that can be implemented as needed, these are: solar, wind and wave energy. This project is called “Wave Energy Collector,” which is a marine infrastructure for shallow and deep water, this one is based on the principle of OWC (Oscillating Water Column) and, in addition, it has its own maintenance and cost analysis software (SENERWave) for WEC. This project, being located in the maritime area, could be very useful and beneficial for all oil projects that are carried out offshore and require the use of energy for proper operation, but it can also be useful for any on land operation. 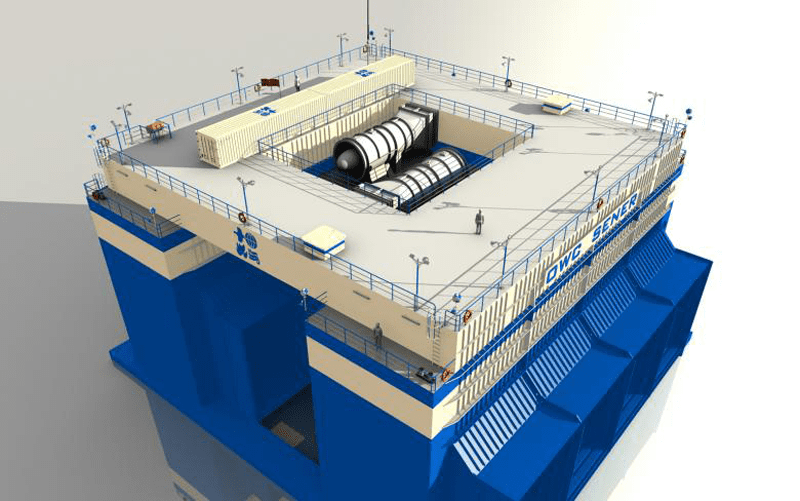 To conclude the investigation, it is important to see the progress to present day, in which different types of energies are combined and that also the taboo of the moral war that exists between both types of energies (those of renewable sources and non-renewable sources) is being left behind. On the other hand, there are oil companies that are also dedicating lately to the development of clean energy for various domestic and industrial uses without leaving behind their role in the area of hydrocarbons. So a future of prosperity and balance between clean energy and fossil energy is expected.