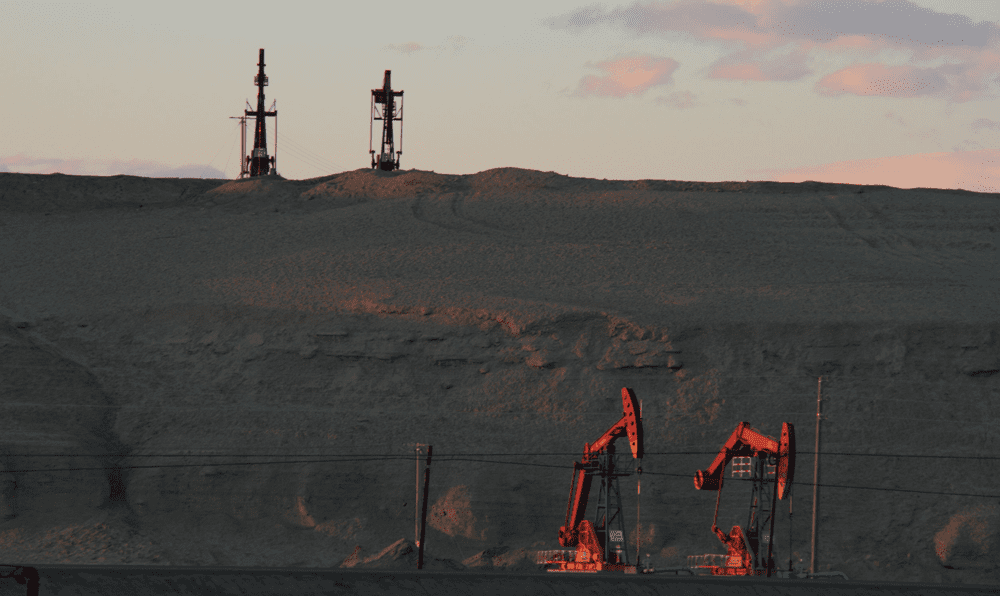 David Sealock, CEO of Petroteq Energy spoke with OILMAN’s editor, Eric Eissler, at length about the company’s innovative oil sands extraction technique which is environmentally friendly because it does not use water in the extraction process.

When you think about the costs of buying capital equipment, there are high associated costs with it that makes many executives reconsider purchasing new equipment until it has been fully depreciated and used—in most cases—well beyond their intended life. However, according to Sealock, “The capital cost to construct PQEs proprietary CORT (clean oil recovery technology) is the lowest in the oil sands mining sector at approximately $10,000 per flowing barrel.” He continued, “Conventional oil sands mining extraction capital costs are four and five times this amount per flowing barrel. The reason for this is that our CORT does not use water in the process.” Whereas, the conventional oil sands mining operations spend a massive amount of capital on water handling and treatment, however, it does not alleviate the environmental issue of the tailing ponds that are created by this process.

Drilling down further into the costs aspect, Sealock pointed out that Petroteq’s process is much more favorable than fracking cost on both levels: capital costs and operations costs. In terms of capital costs, “our facilities are ‘build once and produce for multi-decades’. For example, our 1000-barrel-per-day facility in Vernal, Utah has the resources available to produce for over 4 decades.” This is a one-time investment on capital equipment, with a massive ROI over a multi-decade term.

In fracking, there is the initial capital investment, however, to keep production at a constant output, capital expenditures are needed every year for DCET (drilling, completions, equipment and tie-ins). This reduces the net profit, as the payout term is always present.

Regarding operations costs, based on economies of scale of the daily production will be constant at $25-barrel-of-liquid-equivalent when we are producing more than 4,000 barrels of oil per day. Sealock further explains the multi-decade advantage, “as our operations are multi-decade, we can keep our costs constant as our operations stay the same. With fracking, in my view, there is uncertainty if a constant cost base can be achieved, as there are more elements that are needed – access to water, fracking sand, etc. I think that the industry will see more variability in fracking that our oil sands mining process provides.”

Furthermore, while Petroteq cannot control oil commodity pricing, the company is focusing on what it can control and that is operations costs. As Petroteq heads into the 2nd half of 2019, the company will look at hedge options for production as needed through forward market sales.

The first CORT facility has been up and running in Vernal, Utah.

With the success of the pilot plant and the current production at Vernal, Utah, Petroteq had the engineering data and the continuous operations experience to apply for an additional 3,000- barrels-of-oil-per-day expansion. Sealock highlights its production numbers by saying that “this will increase our production to 4,000-barrels-of-oil-per-day and as we expect State approval in the very near term, we hope to have this 3,000 barrels of oil per day expansion built and commissioned by Q1 2020 and in full operations by Q2 2020. This expansion will be the building block on how we will expand our production operations on our other assets as well as local and global potential licensing and or joint ventures we are in discussions with.”

General interest in the CORT system has been on an upward tread. This is due, in part, to the fact that there is an operational CORT facility. Technology has and will always be the catalyst that increases production at lower cost and in a much more environmentally favorable way. Petroteq’s CORT is this type of technology and it will change the way that oil sands mining is assessed in the future. Not only does Petroteq’s CORT reduce costs for oil sands extraction, both on a capital expenditure and operations costs basis, the key to the process is that it uses much less energy than many other methods of harvesting oil sands hydrocarbons. “Because it uses no water and has virtually no GHG emissions, our CORT has environmentally efficient environmental goals and is very synergistic for the industry,” Sealock summed up.

While Petroteq has been using aspects of the PB (Petrobloq Blockchain) operations in our capital expenditures, the focus on Petrobloq Blockchain has been managed by Marcus Laun, our Business Development director. The development of PB has been more centric to our work with vendors, our work with the State and in the future, with potential business partners. Since it launched around this time last year, there have not been too many updates as to its progress. It can be assured that the blockchain development has been kept under wraps in order to keep competitors from gaining any inside information as to what the company is developing.