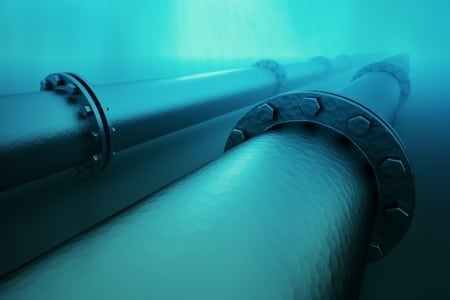 The U.S. Environmental Protection Agency’s (EPA) Clean Water Rule: Definition of “Waters of the United States” affects the oil and natural gas industries “almost from top to bottom, and more in the midstream and upstream sectors,” Lowell Rothschild, an attorney in the environmental strategies group with Bracewell & Giuliani in Austin, told Oilman on July 7.

The rule was signed by EPA Administrator Gina McCarthy on May 27, and is slated to go into effect on Aug. 28.

“In the upstream sector, for activities such as pad construction and spill control, to the extent that there are more waters now identified as jurisdictional waters, there will be more need for wetland permitting and mitigation as well as spill control,” Rothschild said. “On the construction side, for wetlands, a lot of permitting relies on fairly standardized nationwide permits, but those nationwide permits have acreage limits, so to the extent that additional impacts are going to occur, for instance when constructing a pad, there’s a definite possibility that individual permits would be needed.”

Rothschild noted that individual permits are not only more time consuming, but they also call into play additional environmental requirements, such as National Environmental Policy Act review, and Endangered Species Act consultation.

“It is a lengthy and expensive process,” he said.

The rule also may cause costs to increase for the midstream sector.

“A lot of new pipeline constructions rely heavily on, for instance, nationwide permit 12, and to the extent that there are more waters identified under the rule, there’s either going to be more costs associated with avoiding those waters or it will require additional mitigation for the impacts that will occur to the newly identified jurisdictional waters,” he said.

In an effort to clarify the scope of waters protected under the Clean Water Act, the rule defines tributaries that affect downstream waters, and protects prairie potholes, Carolina and Delmarva bays, pocosins, western vernal pools in California, and Texas coastal prairie wetlands when they impact downstream waters. In addition, the rule reduces the use of case-specific analysis of waters.

To date, 27 states, including Texas, Louisiana, Ohio, Michigan and North Dakota have filed suit against the EPA, and on July 2, the American Petroleum Institute joined 13 other national trade organizations in a lawsuit filed with the U.S. District Court, Southern District of Texas, Galveston Division, challenging the legality of the rule.

According to Rothschild, the state and private lawsuits outline the same general concerns about the rule – that the rule exceeds the scope of the agency’s authority under the Clean Water Act and exceeds the limits on the agency’s jurisdiction. The lawsuits also claim that there were significant changes between the proposed rule and the final rule, and interested parties did not have time to comment on the rule as finalized.

“The states also have their standard 10th Amendment concerns, which are that the Clean Water Act specifically reserves for states the authority, to the extent compatible with the Clean Water Act, to maintain their powers over local land use and water use,” Rothschild said. “The states that have sued are concerned that the rule impinges on that authority.”

Rothschild noted that the chances are slim that there will be a stay on the Aug. 28 implementation date for the rule.

“It’s typically very difficult for entities to stay an EPA rule generally, and it’s fairly difficult to stay an environmental rule more specifically,” he said. “Because the states are involved in the lawsuits, and they have a particularized harm, there’s a slightly better chance than normal that the rule might be stayed, but it still is not a very significant chance.”