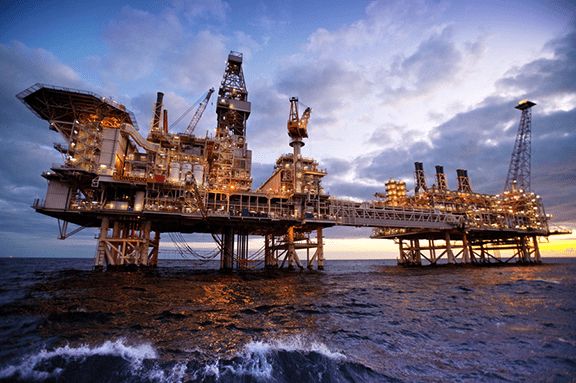 The upstream sector of the oil and gas industry is based on the first stage of a reservoir’s lifetime. This cycle takes into account the processes of exploration, drilling and production of the well; therefore, its task focuses on converting possible reserves to proven ones, achieving a quantification of fluid on the surface. Being primarily responsible for a reservoir’s lifetime and subsequent oil well, the upstream sector has undergone changes over time in terms of technology to achieve much lower uncertainty and, at the same time, achieve a prediction of behavior.

Seismic exploration is based on the travel time of the different waves that occur on the Earth’s crust and that travel to the subsoil. A wave generator, whether controlled explosions or flatbed trucks, is used and these waves travel and, at one point, return to the surface where the receivers, strategically placed along the field, are in charge of reading the waves. During this process, the waves that are sent to the soil and subsoil are:

Technological innovations in this area range from sampling to advanced processing. For seismic readings, receivers that used to be connected to one another by cables were used and all derived from a single source. The readings are usually of several square miles to generate a map of the possible reservoir, and this is where one of the greatest difficulties of a seismic analysis arises: the total distribution of the receivers.

According to the article, “New Technology for Seismic Data Acquisition,” written for Geophysics, Banaras Hindu University, in 2010, establishing the use of receivers of the wireless network (WSN) for subsoil geophysics logs with the use of the infinite telemetry system, which is nothing more than the use of each receiver as a radio base station to make the information travel from the subsoil, from a radio base to the next radio base, until reaching the center of the reception, in this case, a computer.

This type of receptor is much more economical than the receivers originally used. Apart from this, the use of cables, which are highly expensive and less reliable, is avoided. The geophones receptors contain within their settings a Remote Acquisition Unit (RAU), which works like a cell phone and is known as infinite telemetry.

In addition to lowering costs and being more accurate, this type of technology has a global location. Also in its favor, is the fact that it does not have a limitation regarding cable use, so it can be used in places where cabled systems did not reach before, which facilitates the creation of more advanced seismic models, such as 3D or 4D.

The first drilling practice was successfully carried out on an oil well in 1859 in Pennsylvania. The method was classic: the drilling was performed using the percussion method, and it was so until the early 20th century when drilling rigs and rotary tables began to be used. Subsequently, the twin-cone roller bit created by Hughes and the cross-roller rock bit, which was originally created by Granville A. Humason, started to be included. Humason eventually sold the rights to the tool to Hughes.

Taking a profile view, we can see that the drilling science has aligned itself with great changes since its inception, and over time the demands grew even larger, needing more powerful machines for oil wells with HT and HP conditions. This has put the drilling industry one step ahead and has forced it to innovate its methods again.

One of the most important steps of the last decade was taken by the company Geosteering Technologies, implementing the acquisition of real-time data while drilling, beyond the data provided by MWD and the LHD. Along with its Geonaft suite, it ensures a stratigraphic reading of the borehole while drilling, providing geo-location, pressure, temperature, detection of fluid and, thanks to the operating software, is able to predict changes in the formation of the structure.

This kind of real-time information helps decision making and facilitates the adaptation of drilling fluid changes on time. Knowing the stratigraphic section in real time is a relief and avoids major operational problems. This type of innovation goes hand in hand with the digitalization of the industry.

Another pioneer in search of change is Shell, with the fulfillment of a dream, drilling its first monodiameter well in 2001 (and successfully completing its sixth installation in 2015 using the technology at its deep water operations in the Gulf of Mexico). This type of well construction is defined as the construction of an oil well of the same diameter until reaching the target zone, using the new technology of pipes expansion, created by a team of scientists from I+D for Shell in Pinedale, Wyoming. Afterwards, engineers installed two sections of consecutive casings of the same diameter in an open well in tough conditions.

Its function is to drill a section and coat it with special material. Then, mechanical pressure is applied through a steel cone, obtaining an effect similar to the one provided by creating pipes in cold form. After correctly installing this phase, the next step is drilling while maintaining the original diameter of the drill bit.

Thanks to the expansion of the metal, the coating that comes next can drill through the new coated area and take its place so that the same process of mechanical pressure is applied to it. This type of technology was tested when the company delivered the first well in deep water at the Princess-Ursa reservoir in the Gulf of Mexico. One of its advantages is that it enables the draining ratios and makes the most of the production, as well as providing better safety when the drilling is performed.

The production of the wells represents the last step in the upstream sector and the objective of exploration and drilling operations. Due to the low supply of conventional reservoirs in the world, unconventional reservoirs have become a trend; in turn, unconventional production has gained ground. Because of this, an old and well-known method returned: multi-stage fracturing, this time for horizontal and deviated wellbores and a bare-borehole OHMS system.

The application of the OHMS in bare boreholes is based on a multi-stage fracturing in a horizontal or deviated wellbore, isolating each fractured stage from one another with the use of gravel packs instead of cement. These types of packs are designed with elastomers that extrude against sidewall, creating a seal between the fluid and the drilling, as well as a seal for the following areas to avoid the deflection of the fracture to unwanted places.

For the application of this technique, Saudi Aramco combined stresses with the use of geomechanics to hydraulic fracturing, knowing in this way how much pressure the gravel packs used to isolate the areas must resist. Additionally, with the knowledge of the physical properties of the rock, the extent of the fracture within the reservoir can be inferred.

The upstream sector is the first of the steps to materialize crude into money and, in turn, it indicates how much it will cost to convert it by obtaining an investment/profit ratio. For this reason, technologies do not stop, and every day an innovative and cost lowering product becomes more necessary. Despite the fact that drilling is the highest money spending step of this sector, it also becomes the most crucial; a bad drilling practice will mean the loss of hundreds and, in some cases, even millions of dollars.

This is one of the reasons why many engineers around the world are resistant to changes in drilling, and it is difficult to open up to new options, but the world keeps turning and more options are available every day.