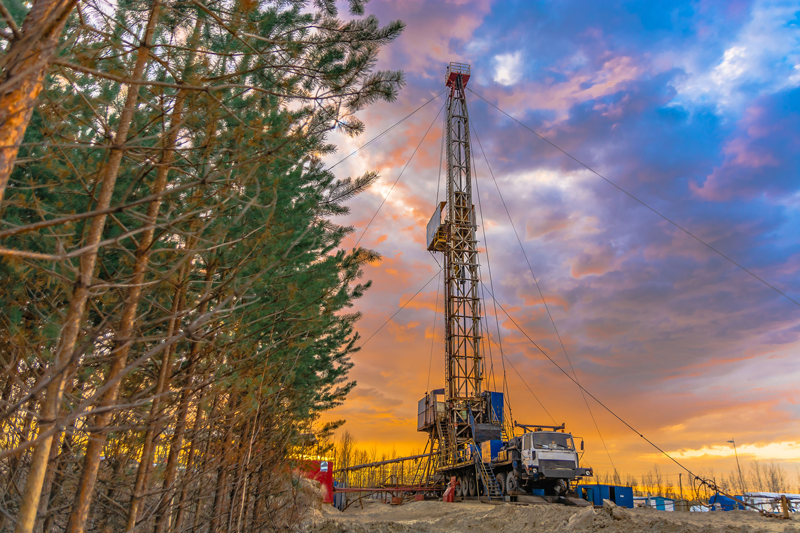 The Rule of Capture has been a foundational concept of oil and gas prospecting for 150 years. The Rule of Capture exists to provide an affirmative defense to drillers when they tap into oil and gas pockets that cross property lines. As fictional oilman Daniel Plainview so aptly described it in the film There Will Be Blood, “Underground, there’s no way to know whose milkshake is whose.”

The Pennsylvania Supreme Court agreed to consider the issue and heard oral arguments in September 2019. Their ultimate decision could have far-reaching and long-term repercussions on the entire industry.

In Adam Briggs et al. v. Southwestern Energy Production Co., a Pennsylvania family claims that a fracking operation next to their property unlawfully crossed over into their 11-acre lot to tap into gas pockets.

A three-judge panel in Pennsylvania Superior Court sided with the plaintiffs in 2018, finding that the Rule of Capture does not apply to fracking operations. The ruling overturned a 2015 decision by a lower court, which dismissed the lawsuit on Rule of Capture grounds.

At issue is the very technology used in fracking. Traditional oil and gas development taps into pockets of natural resources. But fracking involves the injection of proppants, or pressurized fluids, into solid rock formations in order to release natural gas and hydrocarbon liquids trapped within. The plaintiffs compared this process to a drill bit digging into their property. The court ruled that this procedure is invasive to the point of being substantively different from traditional well drilling and, thus, not protected by the Rule of Capture.

“In light of the distinctions between hydraulic fracturing and conventional gas drilling, we conclude that the rule of capture does not preclude liability for trespass due to hydraulic fracturing,” the Pennsylvania Superior Court wrote in its decision.

In its filings to the state’s Supreme Court, Southwestern Energy Production argued that if the Superior Court’s ruling is allowed to stand, it would create mass confusion among oil and gas producers and open up virtually every fracking operation to subsurface trespass claims.

“Settled expectations would be upended if this court were to limit [“the Rule of Capture’s”] application in this case,” the defendants wrote in a brief to the Pennsylvania Supreme Court.

In Coastal, the dispute arose between two energy companies. The plaintiffs claimed that Coastal’s fracking operations in Hidalgo County, Texas drained gas from a reservoir underneath the plaintiffs’ nearby tract.

The court’s majority did not rule on the question of whether or not such activity could be considered trespassing. But they did say that in order to be actionable, trespass must cause injury and due to the Rule of Capture, there could be no finding of injury.

The majority wrote that the owner of mineral rights has “title to the oil and gas produced from a lawful well bottomed on the property, even if the oil and gas flowed to the well from beneath another owner’s tract.” In other words, the Rule of Capture protected Coastal from trespass claims.

The Texas Supreme Court rejected arguments from the plaintiffs that fracking is an “unnatural” activity, pointing out that all drilling for oil and gas is a human-directed, and thus unnatural, activity.

The Court also outlined several points in favor of keeping the Rule of Capture in place, including for fracking operations. They noted that property owners have other business and legal remedies available to protect their interests, including simply drilling their own wells to capture the gas on their property.

In his concurrence, Justice Don Willett noted the importance of the oil and gas industry to the Texas economy, and wrote that overturning the Rule of Capture for fracking would leave much of the state’s valuable natural resources untapped and unusable.

“The Court today averts an improvident decision that, in terms of its real-world impact, would have been a legal dry hole, juris-imprudence that turned booms into busts and torrents into trickles. Scarcity exists, but above-ground supply obstacles also exist, and this Court shouldn’t be one of them,” he wrote.

However, the Texas decision was not unanimous. Dissenting justices wrote that the Rule of Capture only applies to legal oil and gas production methods. Just as the plaintiffs in both Texas and Pennsylvania have done, the dissenters on the court likened fracking across property lines to an oil drill that unlawfully crosses property lines.

“Both involve a lease operator’s intentional actions which result in inserting foreign materials without permission into a second lease, draining materials by means of the foreign materials, and ‘capturing’ the minerals on the first lease,” the dissenting justices wrote.

What’s Next for Fracking Industry, Rule of Capture?

Without a doubt, all eyes are on Pennsylvania and that state Supreme Court’s consideration of Briggs v. Southwestern Energy. Interested parties are weighing in on both sides, with energy companies asking the Supreme Court to overturn the Superior Court decision and property rights advocacy groups urging the Justices to uphold it.

If the Supreme Court sides with the plaintiffs, the effects on Pennsylvania’s natural gas industry could be chilling. The Rule of Capture acts as an affirmative defense to trespass claims. The Briggs decision obliterates that defense, and anyone in the unconventional natural gas and liquids business would have to think long and hard before undertaking any fracking operations in the Keystone State, which is home to the gas-rich Marcellus Shale.

Observers also correctly wonder what a plaintiffs’ verdict in Briggs would mean nationally. At least in the short term, it likely would mean a great deal of state-to-state variation in how the Rule of Capture is applied. Company officials would need to be aware of any particular state’s approach if they intend to conduct fracking operations in that state.

For example, West Virginia’s Supreme Court of Appeals issued a ruling in June 2019 (EQT Production Co. v. Crowder et al.) that horizontal drills that cross property lines underground, even if not producing from that strata, constitute subsurface trespass, and that gas companies cannot drill such wells without the permission of the neighboring property owner. Even though distinguishable from alleged trespass arising from fissures and proppants resulting from hydraulic fracturing, the Court took a broad perspective when it wrote, “This court will not imply a right to use a surface estate to conduct drilling or mining operations under neighboring lands.” Those operations arguably include the effects of hydraulic fracturing.

With fracking operations taking place across the country, it seems likely that more and more state courts will be forced to reconsider the age-old Rule of Capture for a modern-day energy industry.