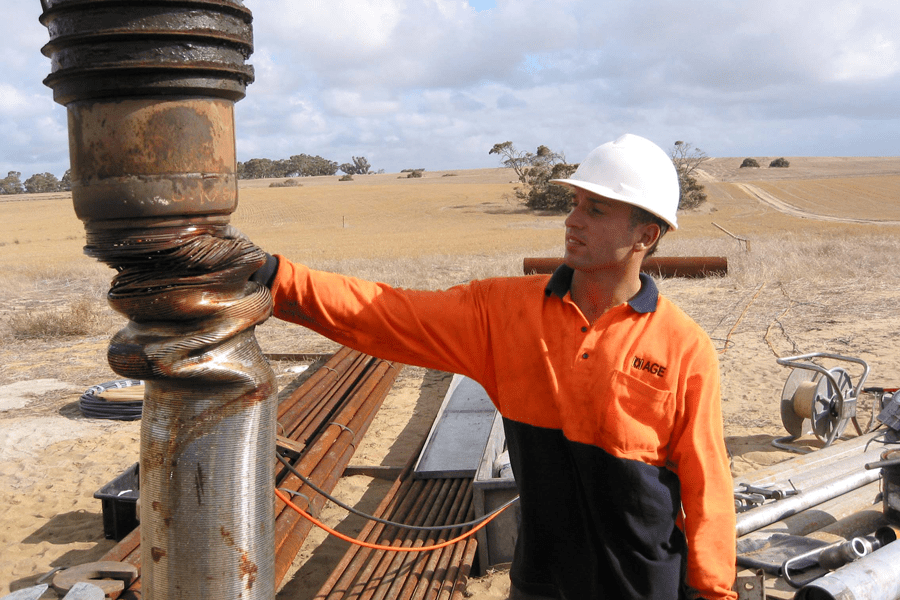 The production of hydrocarbons is the most essential part of the energy world since, from this, hydrocarbons are obtained and delivered for the different processes they go through to generate the products we use on a daily basis. This production is nothing more than the rational exploitation of oil and natural gas from the reservoirs, complying with environmental and safety laws and regulations. The well production potential is the most important factor to take into account when you want to drill or restore an oil well.

What is the production potential of the well? This is just the flow rate under optimal completion conditions at which the well is theoretically capable of producing. That is why all the work that will be done in the well must consider this potential, since its profitability depends on it.

There are different categories of wells, whether they are new, exploratory, inactive (idle), gas, injection or abandoned. These are categorized by numbers and change according to the company or region. The standard use in the oil industry is the one shown in the following table:

For purposes of this article, we will focus only on the 2, 3, 5, and 9 categories, which are: idle wells capable of producing immediately through less work; inactive wells that need more work or cannot produce immediately; currently not economic; and a new well or well under construction, respectively.

Let’s start with the category 9 wells, which are new wells (under construction). These are found by drilling a well, which is simply the construction of a means of communication between the reservoir and the surface. So now that we know what an oil well is, we will also need to know the main reasons to drill a new well and the associated costs.

The primary reason for drilling a new well is that it allows the generation of aggregated potential, incorporating additional barrels of hydrocarbons to the daily production. Other times, it is necessary to drill a new well to build a warehouse for unwanted products in the environment, among others.

Is Drilling an Oil Well Expensive?

The costs associated with the construction of a new well involve several factors such as:

These costs may vary depending on the contract obtained and the locations and specifications of the work. For example, an average cost associated with an onshore well according to the U.S. Energy Information Administration (EIA) can range between four and nine million dollars including miscellaneous expenses.

If we talk about cost per barrel of oil, we also talk about a general average in the world of between $10 and 30 per barrel, although to be more precise we could take the example of YPF. As Reuters published in its June 2017 article, “Argentina’s YPF says technology lowering its shale costs,” the development of oil wells in the Loma Campaña field costs $12.90 per barrel with a downward trend.

After understanding how costly it can be to drill an oil well, it is crucial to consider other options, such as the restoration of idle wells, mainly of inactive wells in categories 2, 3, and 5. These wells occupy a considerable percentage of the total wells that exist in each region of exploitation. For example, we can take the region of Alberta, Canada, where Dr. Lucija Muehlenbachs, Associate Professor, Dept. of Economics, University of Calgary, focused her 2017 briefing paper entitled “80,000 Wells of Inactive Oil: A Blessing or a Curse?” Since inactive wells occupy 20 percent of the total wells in the region, it is important to take them into account when organizing new projects to increase or recover production. Since these wells are more accessible, the uncertainty is lower, and at lower cost in most cases.

Operating companies have a specific reason for having inactive wells: the economy. But it is not the only reason they exist, there are others. Among the most common cases of wells in an inactive state are:

It is also important to take into account the Health and Safety aspects, and this is because these inactive (idle) wells constitute a dangerous aspect to the environment since they can cause the following problems:

So, as time has passed and we have new technologies and case studies of the affected areas, we could detail each case and review what work could be done to put it into production, and then evaluate if this is profitable since, depending on the work that might be needed, there will be a certain cost. If no work can be done, it is also necessary to perform an optimal mechanical abandonment to avoid the aforementioned problems, even if they lead to more expenses.

In the lower graph of the Wells Insight Report 2018, published by the Oil & Gas Authority Company on its website, the costs in euros per barrel of the renovations that were carried out are reflected:

In the current conditions of the global economy, oil companies are limited to make large investments. The price of a barrel of oil is around $20 on average for different types of crude oil; in addition to this, the upcoming scenarios are not very promising, so resources must be managed carefully.

The impact that these factors have in the decision-making on the type of activities to be carried out by the operating companies that own the assets is undoubtedly elevated. So, it is indispensable to take action on the economical matter and generate the greatest amount of oil production potential in the most efficient, fast, and profitable way.

Should Rehabilitation Be Privileged Over Drilling Wells?

It is not a unique or general answer, since depending on the area and the current economic situation this may vary, but based on the aforementioned factors, the drilling of wells, despite being what allows the generation of more production potential in a field at the moment, it is not the most recommended, as the costs of drilling an oil well, especially those in non-traditional areas, are generally much higher than most of the rehabilitation operations, and this makes operating companies give up incorporating new wells into their fields nowadays. In this way, rehabilitation operations (services to wells, reactive and non-reactive matrix stimulations, side-track work, fishing work and, in more extreme cases, its re-completion), seem to be the most appropriate option due to their low cost, rapid implementation, and certainty.

For this reason, companies do not normally mechanically abandon these idle wells, but rather keep them in an inactive state since they see them as a valuable resource, as they can be reactivated in the future and do not need new infrastructure, in addition to not needing as much equipment as a new well and, as a bonus, the surface environment is less affected.

It can be said that not only is drilling wells the future of the oil industry, but that the necessary work must be done to reactivate those inactive wells that still have potential, and keep producing those wells that are already active through carrying out preventive services.