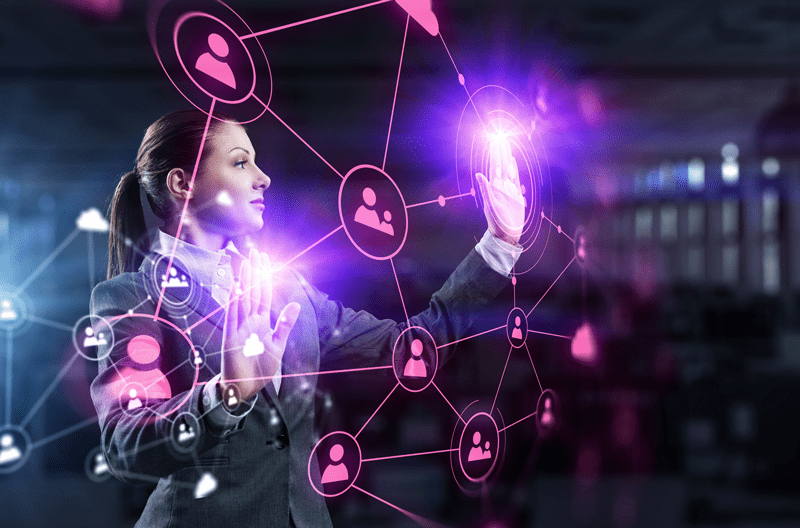 Houston, long known as the energy capital of the U.S., is now becoming recognized as a technology hub as well as a forward-thinking city for women in tech. While the oil and gas industry usually ranks near the bottom of male-dominated industries in terms of numbers of women in its workforce at approximately 22%, there is a surprising number of female Chief Information Officers (CIOs) in the industry. According to a Korn Ferry analysis conducted in 2019, the energy industry has the second highest number of female CIOs at 21% behind finance at 25%.

Four women helping guide their companies into the new technology frontier share their vision of the future. 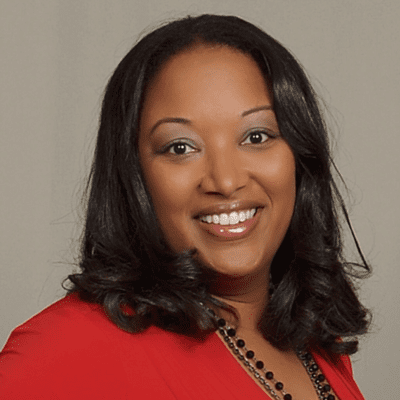 Shell Game-ChangerTM was the first innovation vehicle started in Shell in 1996, helping to bridge the gap between technology developed in a lab and a commercially viable product. We work with startups and businesses on unproven technologies with the potential to impact the future of energy – a bit of a “disruptive ideas only” mindset.

Ideas range from early stage concept, also known as technology readiness level two, through to proof of concept, technical readiness level five or six. During the process we offer coaching, expertise and non-dilutive funding, while the company maintains the independence to make its own decisions. By seeing a company through to proof of concept, we aim to de-risk the startup and their technology enough to make them investible.

We accept ideas in two ways – through a formal “call” for submission and through an external website where anyone can submit an idea at any time.

Coming to this team, I assumed people had an idea and needed money. But startups don’t really come to us just for the funding; they come for the access to experts. That’s the priceless piece. We are their biggest supporters and their biggest critics – whatever each startup needs us to be in their journeys.

GameChanger always looks for the same criteria: how novel is the technology? Is it different? Is it unproven? How valuable is your technology? Can it create new value if it works? A core idea of the program is to ensure we learn quickly by encouraging them to start off tackling the big problems or blockers that will result in the project not being ultimately successful. This type of framing arranges the project in terms of getting the highest risk factors out of the way first. At the same time, we begin with the end in mind and are sure to clearly define the post-GameChanger possibilities, forcing the companies to link the technical and commercial risks early on. This includes thinking about scaling up and what the implications are of large-scale deployment. Overall, our portfolio companies begin with an idea of hypothetical value and enormous technical and non-technical risk, and end with managed and mitigated risk and a technically and commercially viable business and product.

One last thing to note is that we’re interested in solutions for the entire industry, not just solutions for Shell. The ultimate goal is co-creating a game-changing solution. 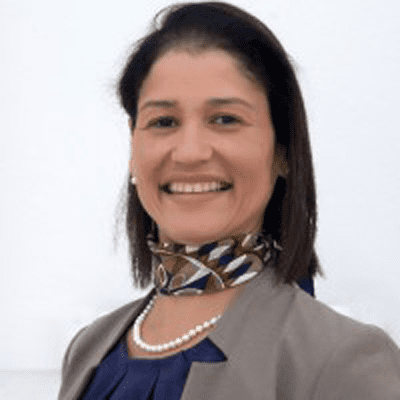 As an engineer, I like numbers, so let me share a shocking number: up to $100 billion are the estimated savings by our sector, according to Rystad Energy, with the application of digitalization and automation: 55% on CAPEX between facilities, wells and subsea, and 45% in OPEX.

Let’s look at the trends and where our sector is investing:

With so many opportunities, what are the barriers to achieving these results?

I have no doubt that industry 4.0 is just at its start in the oil and gas sector and many positive changes are being driven by this revolution. 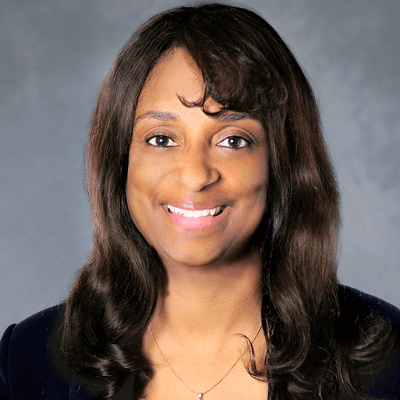 When I first joined Chevron almost 29 years ago, information technology (IT) was seen as a service, something you used and wanted to be cheap – nothing that really had an impact on the industry in general. Fast forward – now it’s seen as an enabler, something that can add value. A lot of that has to do with the fact that we’re in the 4th Industrial Revolution, which is all about being in a digital world.

Some of the transformation is around sensors. We have had sensors and the data from those sensors for a long time. Historically, we have not been able to turn the massive data into meaningful information to drive business decisions. How do you utilize all of that information from the sensors in order to do that?

I think one of the biggest breakthroughs is going to be, how do we connect technology in a different way and get insights that we haven’t seen before from the data that will then lead to cost reduction or business insights that help generate revenue?

In some ways, we have “data exhaust,” where we have all this data coming out, but we haven’t necessarily utilized it in meaningful ways. For example, how do you connect data that’s coming off the drilling rig to real-time financial data to real-time reservoir data and allow that to be [delivered] to our engineers where they can analyze it? [Right now], we don’t get the insights that we could, if we had that kind of real-time quality integration. We’re an old industry and we have a lot of technical debt, so there’s a clean-up aspect.

When you step back and look at our industry, we have a noble purpose and that’s to provide energy to the world. There are so many people who don’t have basic energy and we know that’s the [basis] for being able to have a better life. I think because there are so many opportunities that would allow us to get that energy in a very responsible way, from an environmental standpoint, that’s something that is of interest to the younger generation.

We have some huge problems to solve. When you talk about the complexity of being able to use machine learning, AI, the IoT – like the connection of our sensors to the digital world – it’s very cutting edge. For someone coming out of university, wanting to solve complex problems, our industry is a great place to be. 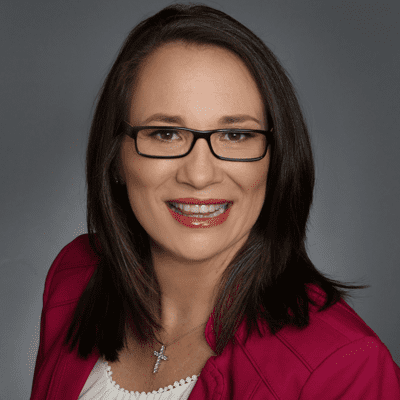 Drilling contractors aren’t traditionally the big researchers and developers. During hard times, when there’s a downturn or a change in the industry, first, you want to continuously and consistently focus on safety, which for Seadrill, is most important. Second, Seadrill wanted to prove to everyone that with our offshore rigs that we’re the best drilling contractor in the world while managing our costs and supply.

We do that – and deliver performance for our customers – through our three big key initiatives.

Vision IQ – we partnered with The Marsden Group to use LIDAR to manage our red zones to make sure when someone on the rig floor comes into potential contact with a machine or piece of equipment that they’re always safe. Vision IQ [a next-generation AI-enabled technology], which has the capability to avoid a man vs. machine collision, creates alerts and alarms – audio and visual cues – to say there’s someone in the red zone on the rig floor. We’re sharing that with the industry. Safety is something we want anybody from any company to have access to. We’ll showcase it at the Offshore Technology Conference (OTC) this year.

Plato Performance – a comprehensive drilling analysis suite tracking over 300 KPIs and providing real time visibility to both on and offshore teams. This empowers both our people and our customers to understand how we are performing and where we can improve. By integrating the equipment health, safety and human impacts of drilling performance, the tool targets driving consistency over extremes, ensuring the organization delivers predictable, safe and reliable drilling operations.

Plato Condition-Based Maintenance (CBM) – instead of using a calendar to say [when] we have to replace a specific piece of equipment, we’re actually doing it based on the condition of that equipment, how much it’s been used, and getting good efficiency out of it, as well as [being cost-effective]. Every time you have to do a big maintenance activity, you’re putting your people at risk; there’s a safety element to that. How do we do that at the right time to ensure the best-performing equipment and keep our people safe?

We developed the technology during the downturn; innovation also comes when you’re in a down cycle. You become more efficient, continue to increase your focus on safety, and continuously perform well, so that you’re the best company to do the job.

You’ve got to build technology, systems and equipment that ensure everybody goes home safely and can be consistent in their performance in what we’re trying to do in these harsh environments. Bringing in data analytics, machine learning, and AI to the oil and gas industry, is going to [enable] a more diverse group of people to get involved. Because we’re now utilizing technologies that are used in multiple different industries, that’s a bigger group we can tap into to bring innovative ideas to the organization and to the industry.

Excerpted from Breaking the GAS Ceiling: Women in the Offshore Oil & Gas Industry (Modern History Press; May 2019) by Rebecca Ponton.

Although MasterCard moves billions of dollars across the globe in mere seconds, Ann Cairns, now executive vice chairman of MasterCard, and the first female engineer certified to work offshore on U.K. rigs in the ‘80s, says the company is not a financial institution; it is a technology company. Its focus, investment, and money are spent on technology, she says, citing its futuristic biometric authentication. “We’re very focused on financial inclusion. Millions of women are born all over the world and, particularly in parts of Africa, their births aren’t registered. They don’t have passports, driver’s licenses, bank accounts. It’s hard for them to be noted anywhere as people in their own right. Once we start to work with governments rolling out capabilities to the general population which allow them to biometrically authenticate themselves with fingerprints, voice-recognition, heart rate, iris-scanning, and so on, suddenly, even in these kinds of geography, they have a digital means to say, ‘This is me.’ This is engineering again because biometric authentication is kept in a chip on a card or increasingly in the phone. And by being able to rollout that capability, you’re giving hundreds of millions of people – a high percentage of them women – the ability to have a digital identity in the world.”

Rebecca Ponton has been a journalist for 25+ years and is also a petroleum landman. Her book, Breaking the GAS Ceiling: Women in the Offshore Oil and Gas Industry (Modern History Press), was released in May 2019. For more info, go to www.breakingthegasceiling.com.