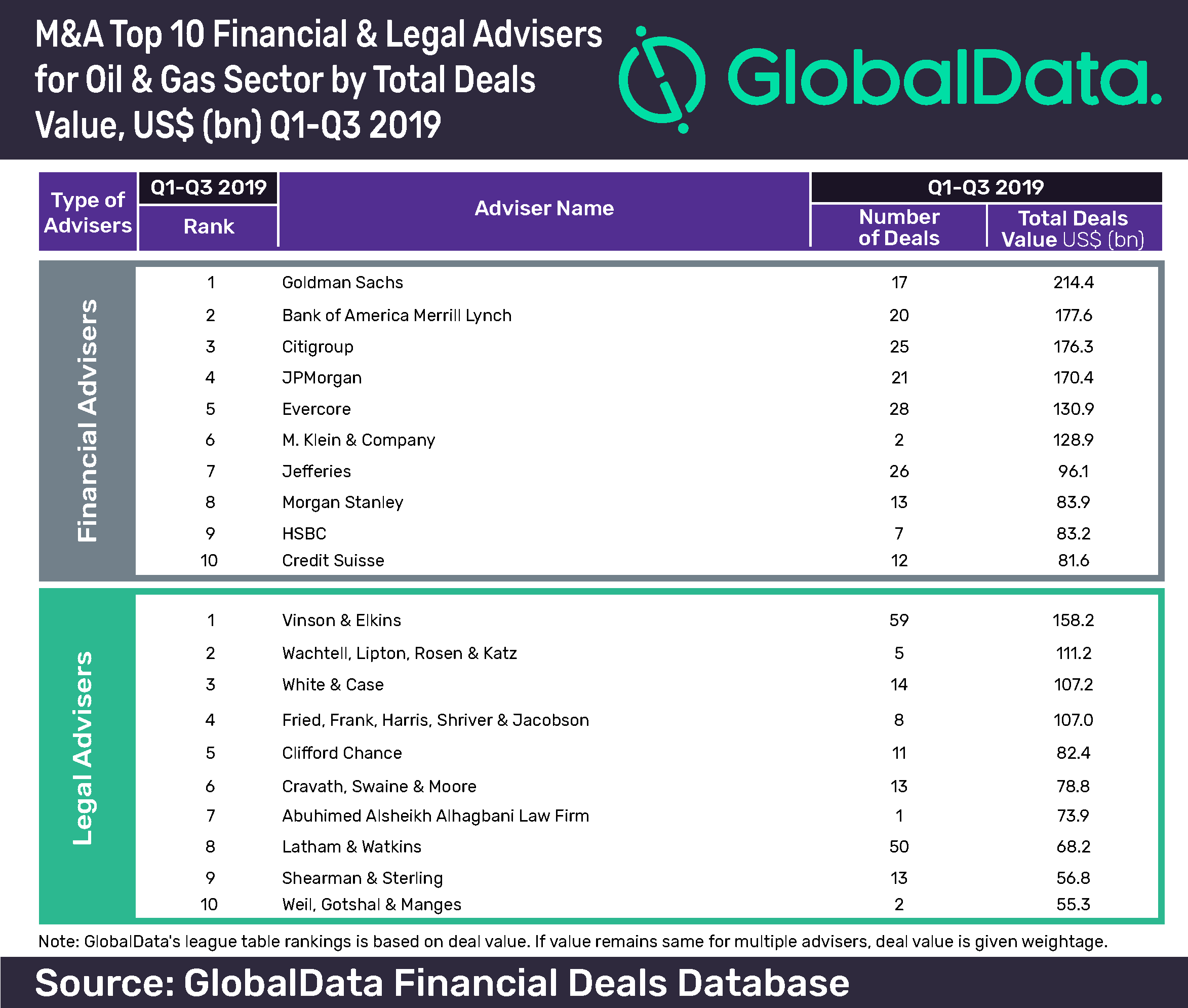 Goldman Sachs has secured the top position in the latest mergers and acquisitions (M&A) league table of the top 10 financial advisers for the oil & gas sector based on deal value for the first three quarters (Q1-Q3) of 2019, according to GlobalData, a leading data and analytics company.

The American multinational investment bank topped the rankings with a deal value of US$214.4bn, by advising on 17 deals during the period. Bank of America Merrill Lynch stood at second position with US$177.6bn earned on advising 20 deals.

According to GlobalData, which tracks all M&A, private equity/venture capital and asset transaction activity around the world to compile the league tables, Citigroup occupied third place with 25 deals worth US$176.3bn.

Praveen Karnati, Financial Deals Analyst at GlobalData, says: “Goldman Sachs retained its top position in terms of transaction value for the first three quarters of 2019. Overall, Goldman Sachs represented 14 companies that are on the sell-side, including Saudi Aramco’s agreement to acquire 70% stake in Saudi Industries from Public Investment Fund for US$73.4bn and Occidental Petroleum’s acquisition of Anadarko Petroleum for US$55bn.”