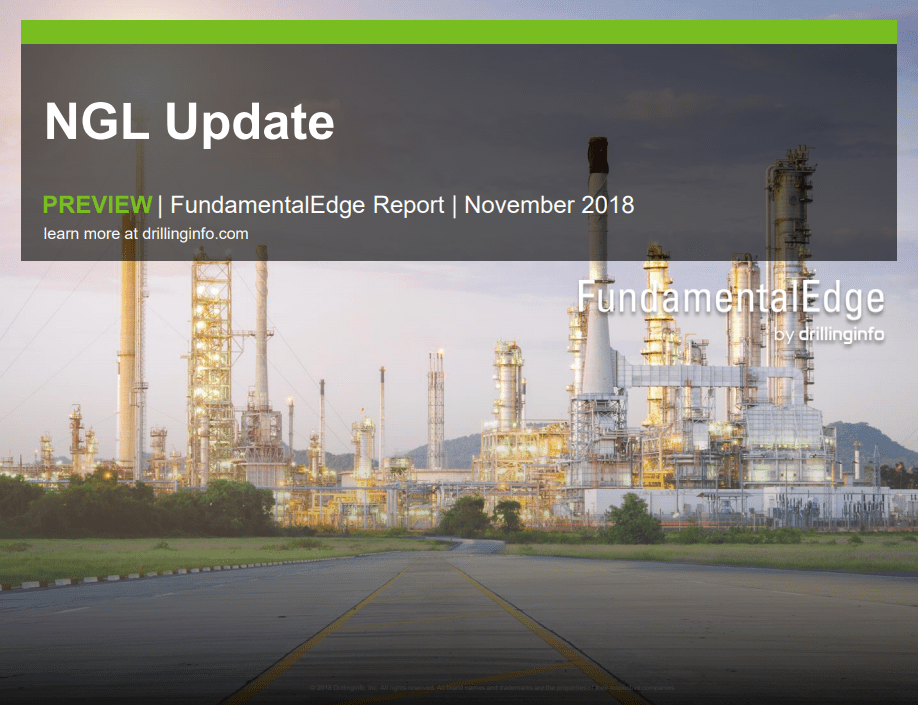 According to the report, NGL production is hitting record highs despite fractionation and infrastructure constraints. NGL fractionation facilities process mixed natural gas liquids streams into purity products such as ethane, propane, normal butane, isobutane and pentane. NGLs are used to make plastics, petrochemical feedstocks, residential and commercial heating and cooking fuels, polystyrene foam and in blending with vehicle fuels such as gasoline.

August marked the eighth record in a row as NGL production reached 4,570 MBbl/d. Drillinginfo projects that production will grow ~5% over the next year and ~21% over the next 5 years, with the highest growth out of the Permian (9% and 35% growth over one and five years, respectively).  Prices will likely stay volatile as infrastructure, fractionation, and cracker projects come to fruition.

With record-high supply, fractionation margins, and constrained volumes surrounding the NGL market, several midstream companies have posted significant project announcements to take advantage of the market fundamentals. An overview of these announcements is included in the report.

Key Takeaways from the NGL Update:

Recently, NGL prices have fallen with crude and the increasing domestic and global supply. Producer and marketer netbacks are also down, which is a result of the constraints, as they pay more for spot frac capacity, storage, and transportation to move their barrels.  Midstream also suffers lower margins, but still reaps the benefits of the constraints through high utilization of assets, optimization opportunities, and absorbing those premiums from their customers.

The Weekly Word: Wet and Dry Gas, NY Fracs and the Marcellus