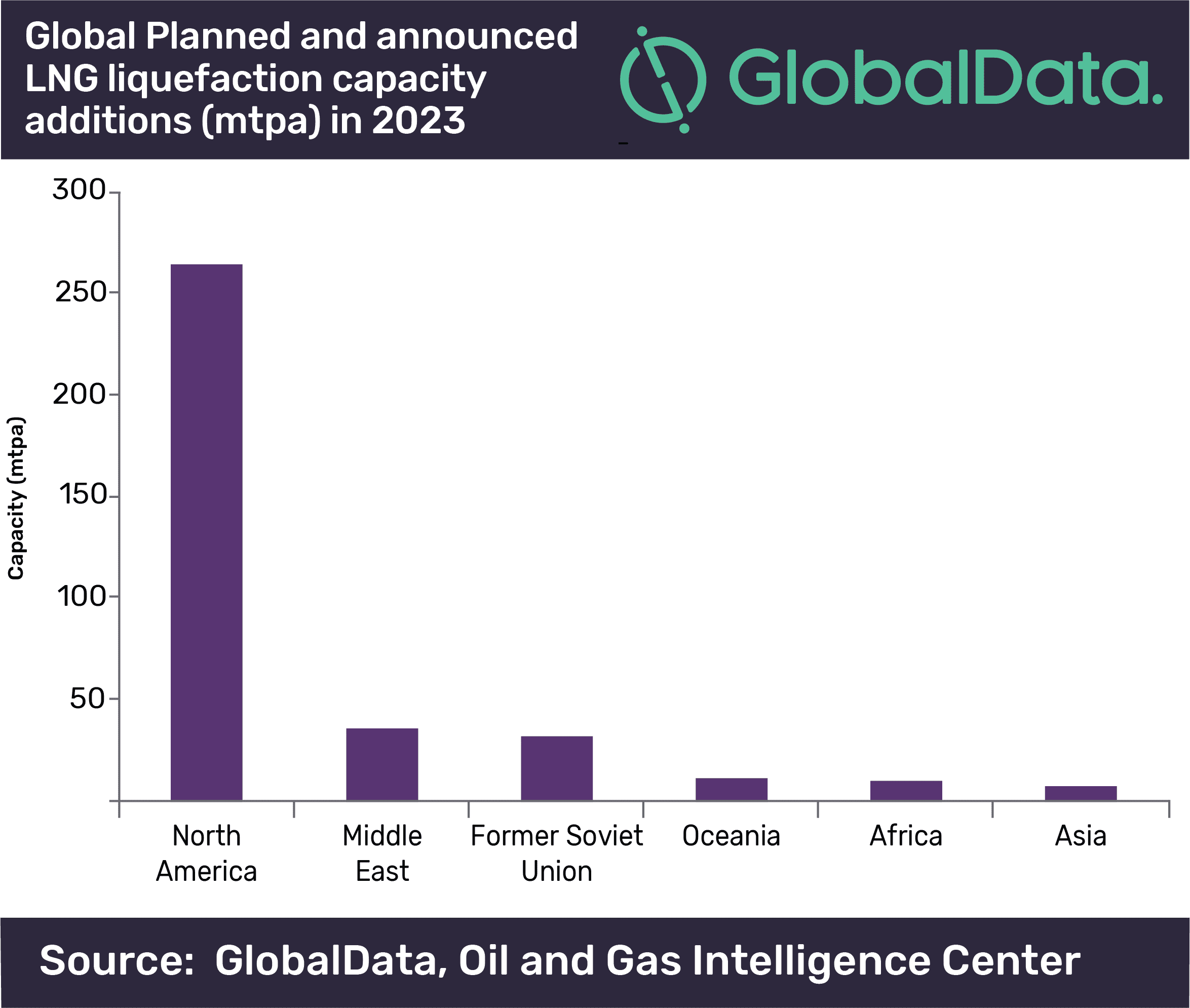 North America will be the major contributor to the growth of global liquefied natural gas (LNG) liquefaction capacity between 2019 and 2023, accounting for around 72% of the total global capacity from planned and announced projects, according to GlobalData, a leading data and analytics company.

The company’s report: ‘H1 2019 Global Capacity and Capital Expenditure Outlook for LNG Liquefaction Terminals – US Continues to Dominate Global Liquefaction Market with Staggering Capacity Additions’ reveals that around 366 million tonnes per annum (mtpa) of LNG liquefaction capacity is expected to be added during the outlook period (2019–2023), from planned and announced projects globally.

The Former Soviet Union (FSU) stands third globally, with liquefaction capacity of 33 mtpa in 2023. In FSU, Russia accounts for all the capacity additions from planned and announced projects.

Among terminals, Qatar LNG terminal has the highest LNG liquefaction capacity globally by 2023 with 32 mtpa, followed by Rio Grande and Cameron II with 27 mtpa and 25 mtpa, respectively.