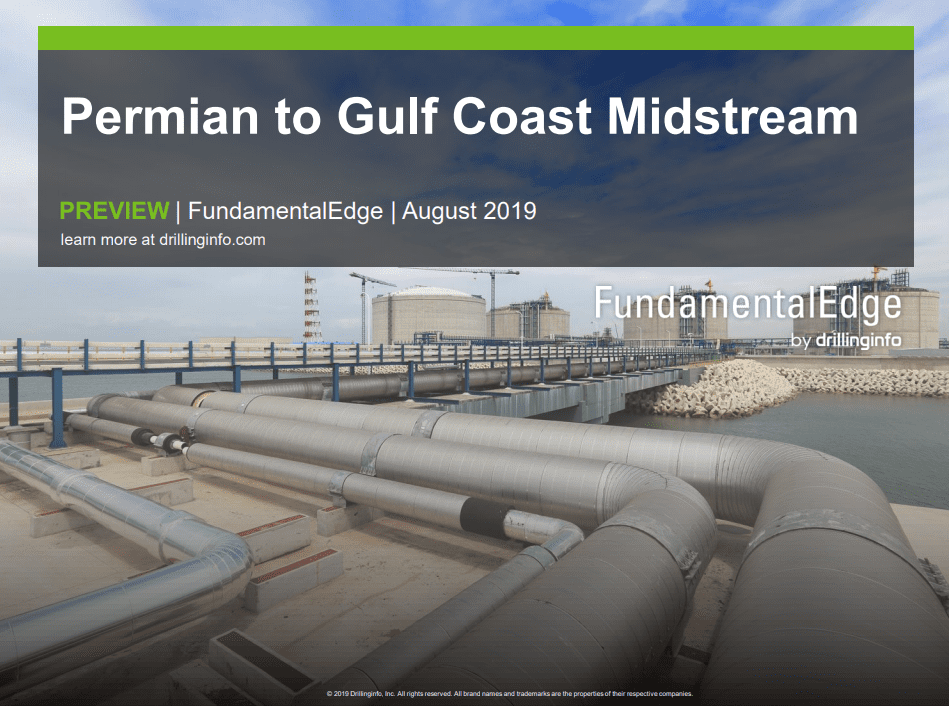 “The Permian basin has experienced unprecedented production growth and remains the world’s focus, from producer to private equity, to service and supply companies,” said Bernadette Johnson, Vice President of Strategic Analytics at Drillinginfo. “But the Permian continues to be challenged by existing pipeline constraints and the inability to efficiently and effectively move oil, natural gas, and NGLs to the market. All hydrocarbons are tied at the drill bit and one affects the other.  Although many players in the Permian are targeting crude oil primarily, natural gas processing and pipeline bottlenecks can have a negative impact on that crude oil production. However, a light at the end of the tunnel may soon be visible – at least for those that can hang in there through 2020,” said Johnson.

In Permian to Gulf Coast Midstream, Drillinginfo analyzes numerous planned pipeline projects and the bottlenecks they expect will be cleared providing relief to America’s most prolific, but congested basin.

NGL production out of the Permian is expected to continue to grow, with most of the production destined for the Gulf Coast. To allow for the extra production, a number of pipeline projects are under construction or in planning to transport the NGLs. As NGLs arrive at the Gulf Coast, they are then fractionated. Fractionation capacity has been running tight since mid-2018, resulting in numerous fractionation projects along the coast. The fractionation bottleneck was relieved slightly in early 2019, when two projects hit the market. However, with most projects scheduled to come online in early 2020 and after, it is possible the bottleneck will reappear in late 2019 and early 2020.

Will a Pacific Northwest Pipeline Suffer the Same Fate as Keystone XL?