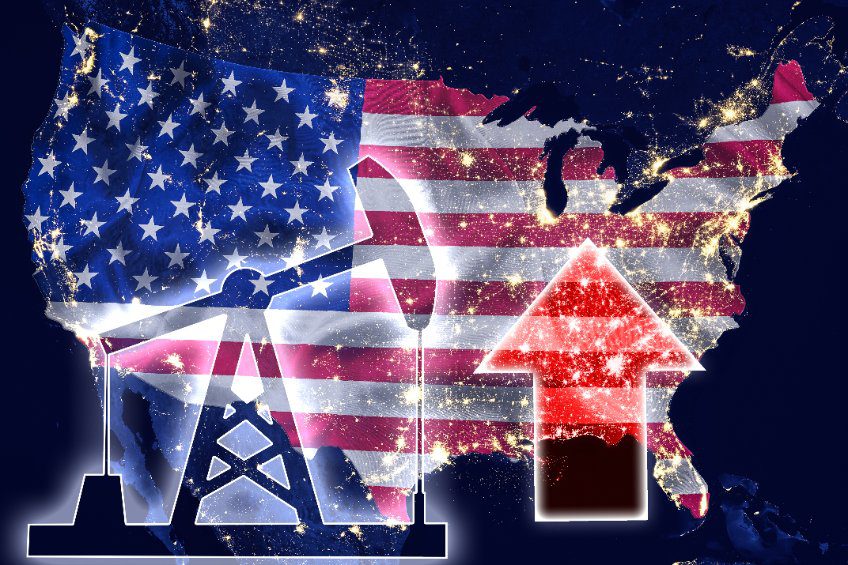 When President Biden took the Oval Office in January of 2021, he signed several executive orders signaling the beginning of the end of the fossil fuel industry in the U.S., as you’ve come to know it. In its place, you would get your energy from renewable resources like solar, wind, and turbine power. Automobiles and trucks would run on electricity. The environment would be saved, and businesses would still thrive via clean, non-carbon-producing energy.

The problem, however, is that clean energy alternatives are not quite advanced enough to completely replace carbon-producing products like oil and gas. The result has been skyrocketing fuel prices and even supply chain shortages. That said, Biden had no choice but to ask U.S. oil well services and producers to up their production, and they did. Big time.

According to a new Forbes business report, one of the latest out of many finger-pointing attacks over this year’s $2 spike in gasoline prices is the following: Oil companies in the U.S. are sitting on a massive amount of drilling permits but are said to be happy with reaping big fat profits while their oil rigs go unutilized.

This is, of course, false. However, there is some truth to the matter when you look at the big picture. Here’s what’s really going on. According to Forbes, the number of oil rigs operating in the U.S. has been steadily climbing for months. The Baker Hughes North America Rig Count states that the amount of rigs operating is around 60 percent. Historically speaking, the rate of oil-producing rigs “has rarely climbed at a faster pace than this.”

What this means is that Washington’s narrative of oil producers and services just “sitting on their hands” is said to be patently false.

Say the experts, with drilling on the rise, what sources cause the government to claim oil services and companies are not drilling? There are said to be two major elements of confusion.

Many politicians understand the nature of politics but have little idea of how drilling and oil-producing work. It just so happens that, at present, there remains a major lag between oil production and the act of drilling.

Drilling may have spiked by 60 percent in 2022, but oil production is only up about 8 percent. Therefore, politicians believe oil services must not be drilled. Washington doesn’t understand that before you can get to the oil, you must first drill. And it can take some time for the oil to be found.

Also, with the government insisting on drilling outfits to utilize existing wells, the results are even slower. Most of these wells are used up and require deeper and more difficult drilling procedures, and it’s also a very expensive process.

Another key element to the lack of oil situation is this: although the “rig count” is rising steadily, taken all together, the amount of drilling in the U.S. remains “significantly below” the levels of drilling prior to the Covid-19 pandemic when different, more oil energy-friendly policies were in place.

Experts state that a three-year observance of all drilling activity proves the dramatic impact not only of the pandemic but also on new executive orders placing severe regulations on the oil services and production industry.

The demand for oil is also a factor to take into account for the oil production slowdown during the pandemic. Between the months of February and July of 2020, when everyone was on forced lockdown, the operating oil rig count is said to have plummeted 70 percent. This mirrored the overall plummeting demand for oil products in the U.S.

Many of the effects of that initial oil production plunge remain today, which is a part of the reason oil and gas prices have spiked dramatically. This begs the question, why aren’t oil businesses increasing their drilling efforts at a speedier pace?

In short, the oil industry is suffering from a shortage of materials, equipment, spare parts, and manpower. Too many oil workers have abandoned the oil business over frustration from so many up and down years, depending upon which political party is in power.

Lack of manpower also has a direct impact on oilfield supply and services. For instance, the sand required for hydraulic fracturing has been in short supply for many months. While the situation doesn’t limit drilling, it limits the production potential of the drilling.

It’s also worth noting that while Washington and even the POTUS have directly accused oil companies of price gouging and purposely not drilling enough, many of them have simply gone out of business over the past three years. An out-of-business oil service cannot produce oil, no matter how many fingers you point at them in order to gain political points.

Top 4 Ways Your Business Can Mitigate the Risk of Downtime