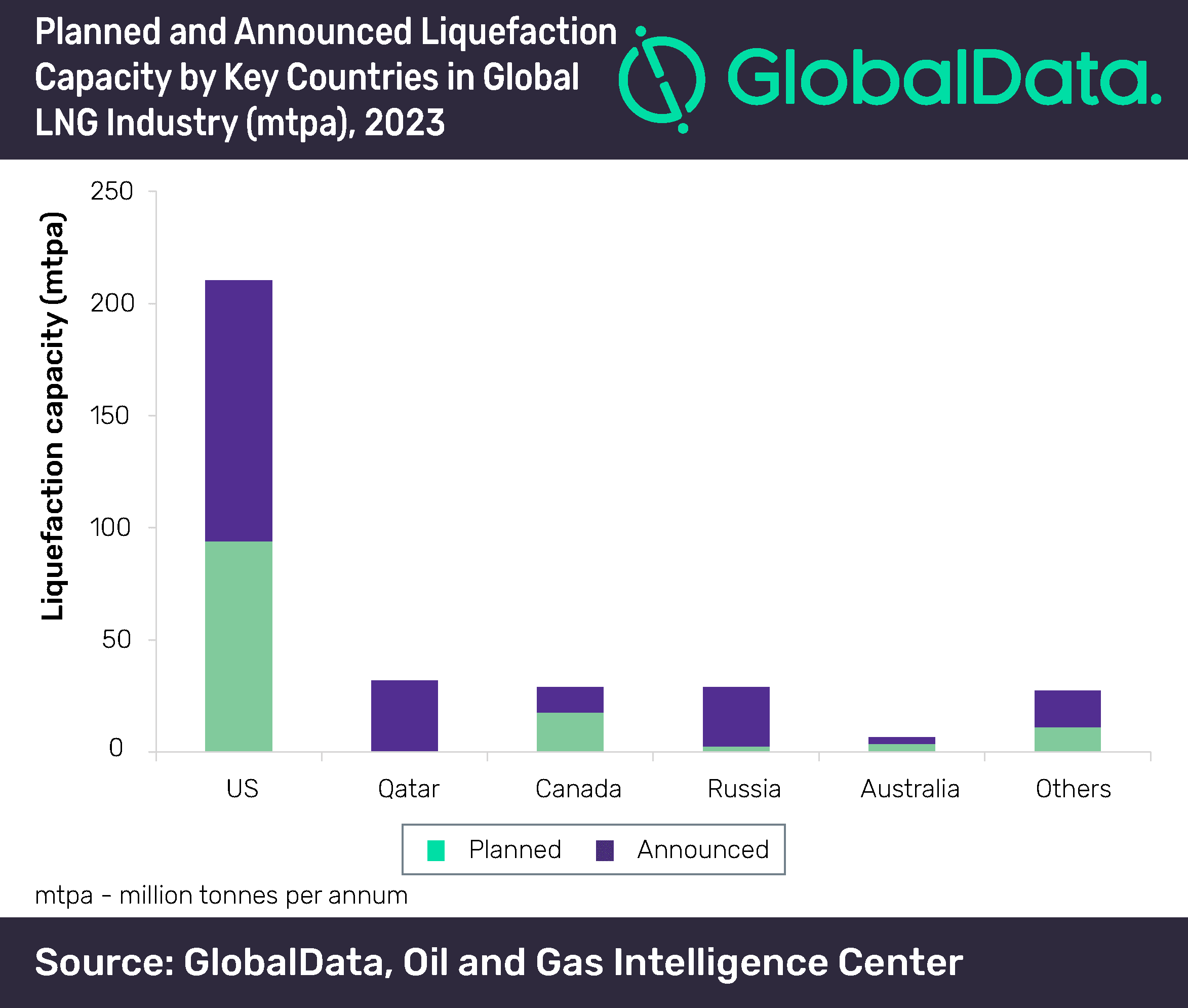 The U.S. and India are expected to lead capacity growth in the global LNG liquefaction and regasification industries from planned and announced (new-build) projects, respectively during the outlook period 2019–2023, according to GlobalData, a leading data and analytics company.

The company’s report ‘Global LNG Industry Outlook to 2023 – Capacity and Capital Expenditure Outlook with Details of All Operating and Planned Terminals’ reveals that the U.S. will lead globally in both capacity growth and capital expenditure outlook on planned and announced liquefaction terminals during the outlook period.

The country’s new-build liquefaction capacity is expected to grow from 26.1 million tonnes per annum (mtpa) in 2019, to 210.3 mtpa in 2023. Of the total capacity expected to come online in 2023, 94 mtpa is expected to come from planned projects that have received required approvals for development while the remaining 116.3 mtpa could come from early-stage announced projects that are yet to receive any approvals for development.

After the U.S., Qatar and Canada rank second and third, with capacities of 32 mtpa and 29 mtpa, respectively, from new-build liquefaction projects in 2023.

On the regasification front, India leads globally in terms of regasification capacity growth from planned and announced projects with 4.1 trillion cubic feet (tcf) of capacity expected to come online in 2023.

In terms of the largest liquefaction terminals in the outlook period by capacity, Qatar LNG terminal leads all the other terminals globally with a capacity of 32 mtpa. The announced terminal is expected to start operations in 2023.