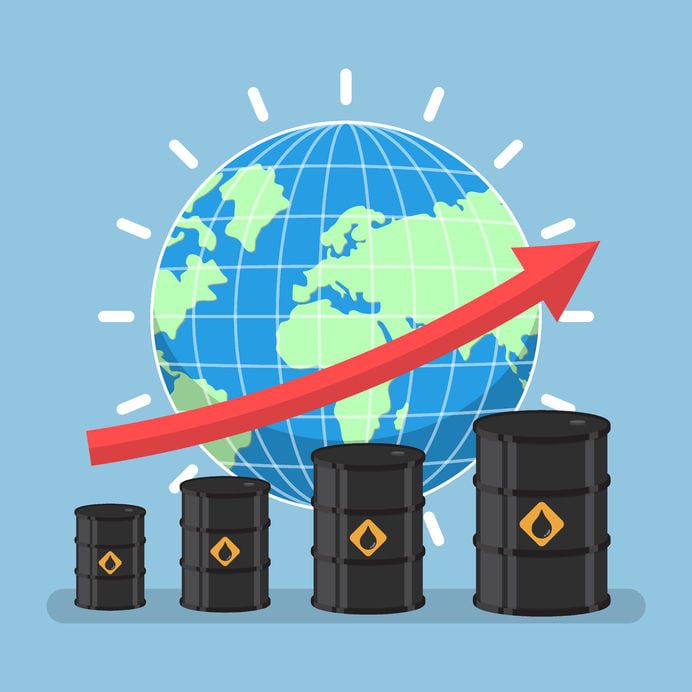 Crude oil and natural gas will continue to provide a major portion of the world‘s energy needs for the next 20 years, according to a study released by the Baker Institute for Public Policy at Rice University.

“Despite differences in assumptions, all outlooks see the developing world and its policies, economies, and energy consumption patterns as the leading driver affecting future global energy use,” the study stated. “The outlooks also agree that fossil fuels – coal, oil, and natural gas – will play a significant role in driving economic growth in the developing world through 2040.”

The authors cited the United Nations Department of Economic and Social Affairs predicting a rise in global population from 7.6 billion to 8.6 billion in 2030 and 9.8 in 2050, and 90 percent of this growth will come from Asia and Africa. As these countries “aspire to eradicate extreme poverty, including energy poverty,” demand for affordable energy will be critical.

Demand for energy will be strongest in China and India accounting for two-third to three-fourths of the expected growth.

“Despite impressive growth rates in renewables, all three outlooks agree that fossil fuels will continue to be an important, if not predominant, source of energy consumption globally,” the paper noted.

“Policymakers and stakeholders should take into account that the future of the U.S. fossil fuel sectors will increasingly depend on foreign demand,” the study said. “This includes the need to invest in infrastructure that is conducive to energy exports. Thus, a careful consideration of the negative consequences of retreating from multilateral and bilateral free trade policies should be of utmost importance. Mercantilist policies could significantly hamper and/or disadvantage the United States’ position as a global energy exporter, slow global economic growth, and, in effect, decrease demand for U.S. oil and gas.”

Crude oil and natural gas exports from the U.S. have increased since 2016, and that trend is expected to continue as oil and gas production from shale increases, too.

The study also addressed climate change efforts to reduce carbon dioxide emissions, which are expected to decline in the U.S. but increase about 10 percent worldwide because of increases in developing countries.

“In consequence, climate agreements with no enforcement mechanisms to limit emissions or transfer fund from OECD (Organisation for Economic Co-operation and Development) nations to the developing world to support renewable will face difficulties in implementation and achieving set goals,” the study said.

The chance of reaching such a global agreement “is not very high.”

How to Land a Promotion and Level Up During the Downturn