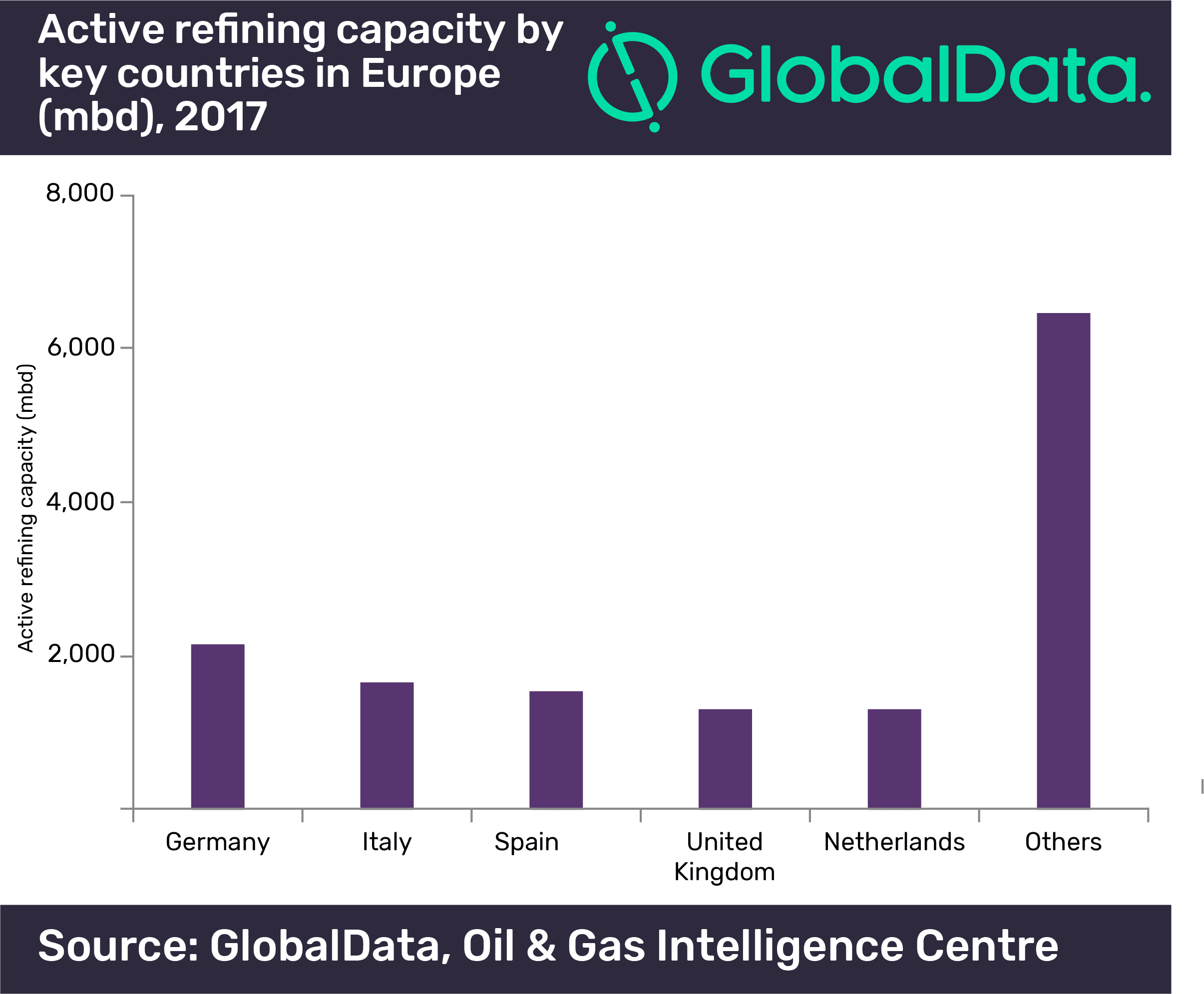 Germany, Italy and Spain are the major contributors in the European crude oil refining industry, as the three countries together account for more than 35% of the active refining capacity among all the countries in the region, according to GlobalData, a leading data and analytics company.

GlobalData identifies Italy as the second highest country in Europe with active refinery capacity of 1,653 mbd in 2017. Melili refinery, a cracking type refinery operated by Lukoil Oil Co, has the highest active refining capacity in the country with 320 mbd. Sarroch and Sannazzaro de Burgondi follow with capacities of 300 mbd and 200 mbd, respectively.

As Oversupply Bears Down, U.S. Producers and OPEC+ Pump the Brakes on Production