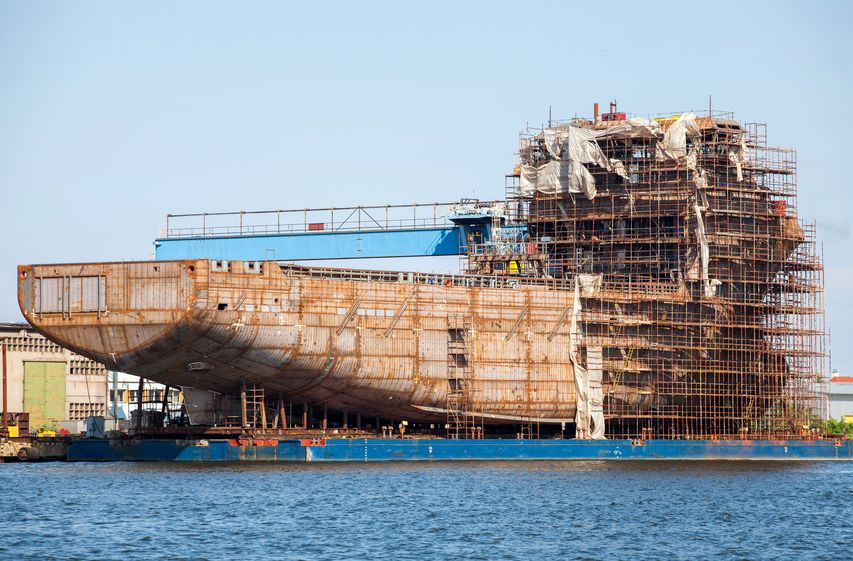 Regional energy companies are investing to consolidate their oil and gas market share over the long term. The race among Gulf national oil companies (NOCs) to establish global energy supremacy has ushered in a boom period for the shipbuilding industry, according to MEED, part of GlobalData.

Saudi Arabia’s maritime needs are set to grow considerably as the kingdom prepares to boost its global oil market share and become a net exporter of natural gas. With regional NOCs looking to consolidate their oil and gas market share, their long-term need for transport vessels has grown exponentially. This spurt in demand has in turn led Gulf NOCs to make significant shipping investments, providing key impetus to the maritime industry.

Aramco holds the majority 50.1% stake in IMI, with Saudi Arabia’s Bahri holding a 19.9 stake and international partners UAE/UK-based Lamprell and South Korea’s Hyundai Heavy Industries (HHI) – the world’s largest shipbuilder – holding stakes of 20% and 10%, respectively. These partners are understood to have invested $5.2bn in building the Ras al-Khair scheme.

Indrajit Sen is the Oil & Gas Editor at MEED, part of GlobalData, comments: “Activities critical to Saudi Aramco’s operations, including shipbuilding, rig manufacturing and fabrication related to offshore drilling and shipping activities, are all expected to be carried out at the development.”

With an area of 11.4 million square metres, the King Salman complex will have the world’s largest ship lift; the world’s largest combined lift capability over a drydock, at 2,150 tonnes; and the largest total drydock area and quayside in the Middle East and North Africa region. The yard is designed to have the capacity to manufacture four offshore rigs and more than 40 vessels, including three very large crude carriers (VLCC), and to service more than 260 vessels annually.

Qatar Petroleum (QP) has launched a $19bn liquefied natural gas (LNG) vessel building program, supposedly the largest-ever campaign of its kind, as the state enterprise looks to reclaim and hold on to the top global LNG exporter position in the long term.

QP previously signed a $2.86bn contract with government-owned China State Shipbuilding Corporation (CSSC) for the construction of LNG carriers at its Hudong-Zhonghua Shipbuilding unit in Shanghai.

“The state enterprise is therefore looking to reserve 60% of the world’s LNG shipbuilding capacity to build more than 100 vessels, in order to be able to export the increased LNG production volumes from the NFE scheme.”

Why Outlook for Oilfield Services Sector is Down, But Not Out