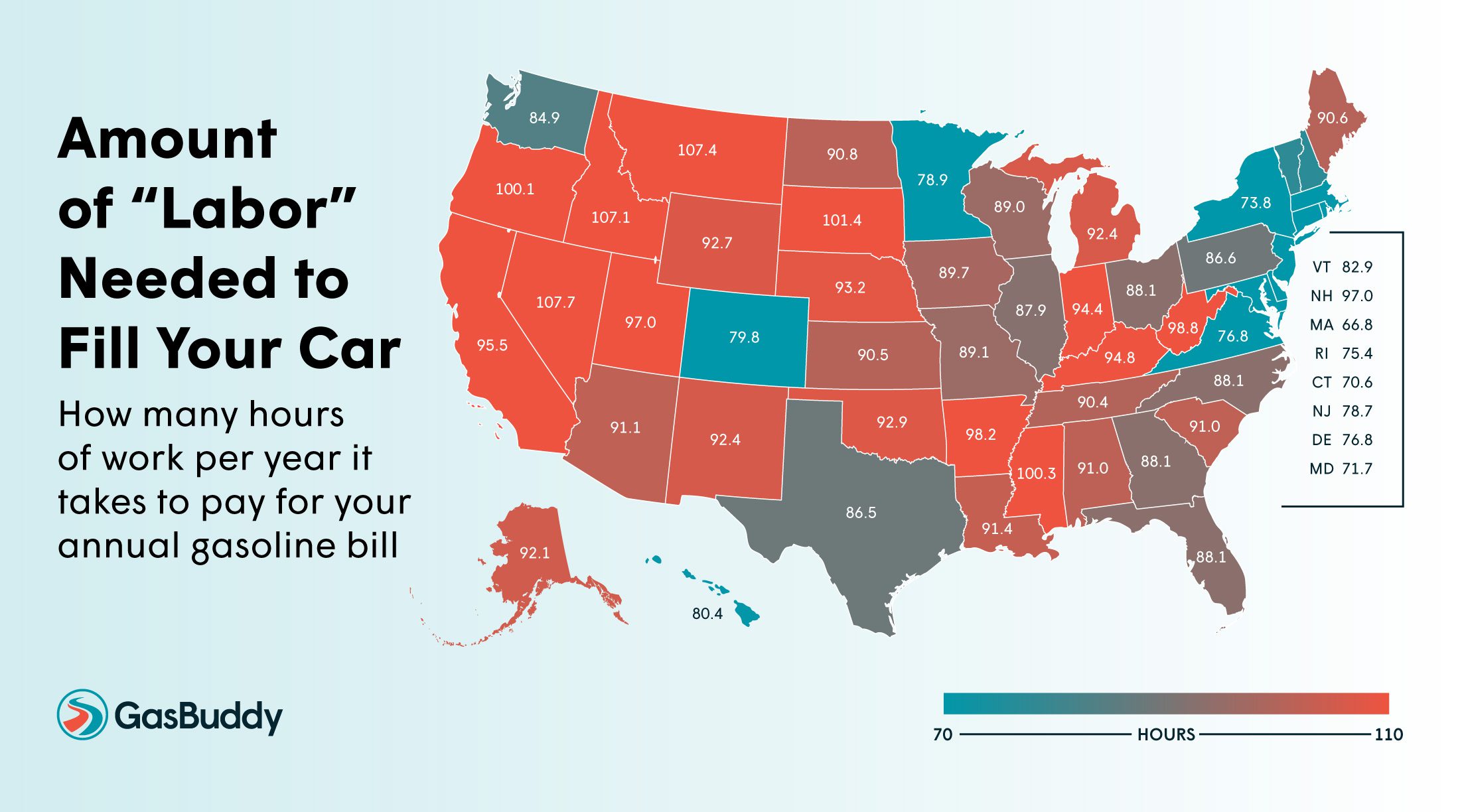 BOSTON – With Labor Day and the close to summer driving season on the horizon, gasoline prices this Labor Day are set to be lower than last year for everyone, but some are still putting in more “labor” to fill their tanks, according to GasBuddy, the smartphone app helping consumers avoid paying full price for fuel. Price wise, for Labor Day, GasBuddy predicts a national average of $2.55 per gallon, down nearly 30 cents from last year and the lowest priced Labor Day since 2016’s $2.20 per gallon average.

The national average gasoline price on Labor Day itself will likely be the third lowest in the last decade, behind 2015 and 2016’s average of $2.42 and $2.20, respectively. Gas prices are likely to face additional headwinds into the autumn as the transition back to cheaper winter gasoline begins in just two weeks while demand for gasoline is also set to begin a seasonal downturn. By Thanksgiving, GasBuddy estimates that as many as 10,000 gas stations, primarily in Oklahoma, Texas, Louisiana, South Carolina, Alabama, Mississippi, Missouri but also a handful in the Great Lakes, will drop under $2 per gallon, barring any improvement in U.S. trade relations with China, a recent major factor in oil prices.

Meanwhile, a new GasBuddy study on how many hours motorists need to work to pay their annual gasoline expenses found that motorists in Nevada had to work nearly 108 hours per year, while those in Montana worked roughly a half-hour less (107.4) and those in Idaho falling into third place (107.1) for hours worked, all well above the U.S. average of 88.9 hours. Meanwhile, motorists in the Northeast region got off easiest, with those in Massachusetts working just 67 hours per year to pay their yearly gasoline bill, followed by Connecticut (70.6 hours) and Maryland (71.7 hours). The difference between the two amounts to nearly an entire workweek every year. The West Coast, Rockies and Southeast all generally required more labor than the Northeast, while the Great Lakes was close to average.

“While it feels nice to have seen gas prices fall so substantially into the last leg of the summer driving season, we wanted to see how motorists in each state may have to work more or less to fill their tanks. This study was an interesting reminder that how much time one spends to pay for gasoline varies drastically and that motorists can lessen the burden by locating low priced stations,” said Patrick DeHaan, head of petroleum analysis at GasBuddy. “Rural communities oftentimes have wages that are lower than urban areas, while also having to commute longer distances with little to no mass transit. The Northeastern U.S. generally has gas prices at or slightly higher than the national average, but commuters have many more options than driving their cars, which are also generally smaller than the vehicles found in rural communities.”

Methodology: the study looked at the latest state-by-state median wage data available from the Department of Labor (May 2018), as well as data from GasBuddy’s payments card to calculate average yearly demand by state, using the average price on record, by state, on August 1, 2019.

GasBuddy’s mission is to help consumers avoid paying full price for fuel. As the leading source for crowdsourced, real-time fuel prices at more than 150,000 gas station convenience stores in the U.S., Canada and Australia, millions of drivers use the GasBuddy app and website every day to find gas station convenience stores based on fuel prices, location and ratings/reviews. GasBuddy’s first-of-its-kind fuel savings program, Pay with GasBuddy, has saved Americans more than $8 million at the pumps since its launch in 2017. The company’s business solutions suite, GasBuddy Business Pages, provides Fuel Marketers and Retailers their best opportunity to maintain their station information, manage their brand, and promote to their target consumer audience. For more information, visit http://www.gasbuddy.com.

Midland, TX is Now the Richest Metropolitan Area In the U.S.

The Reality of Snakebites – Time is Tissue