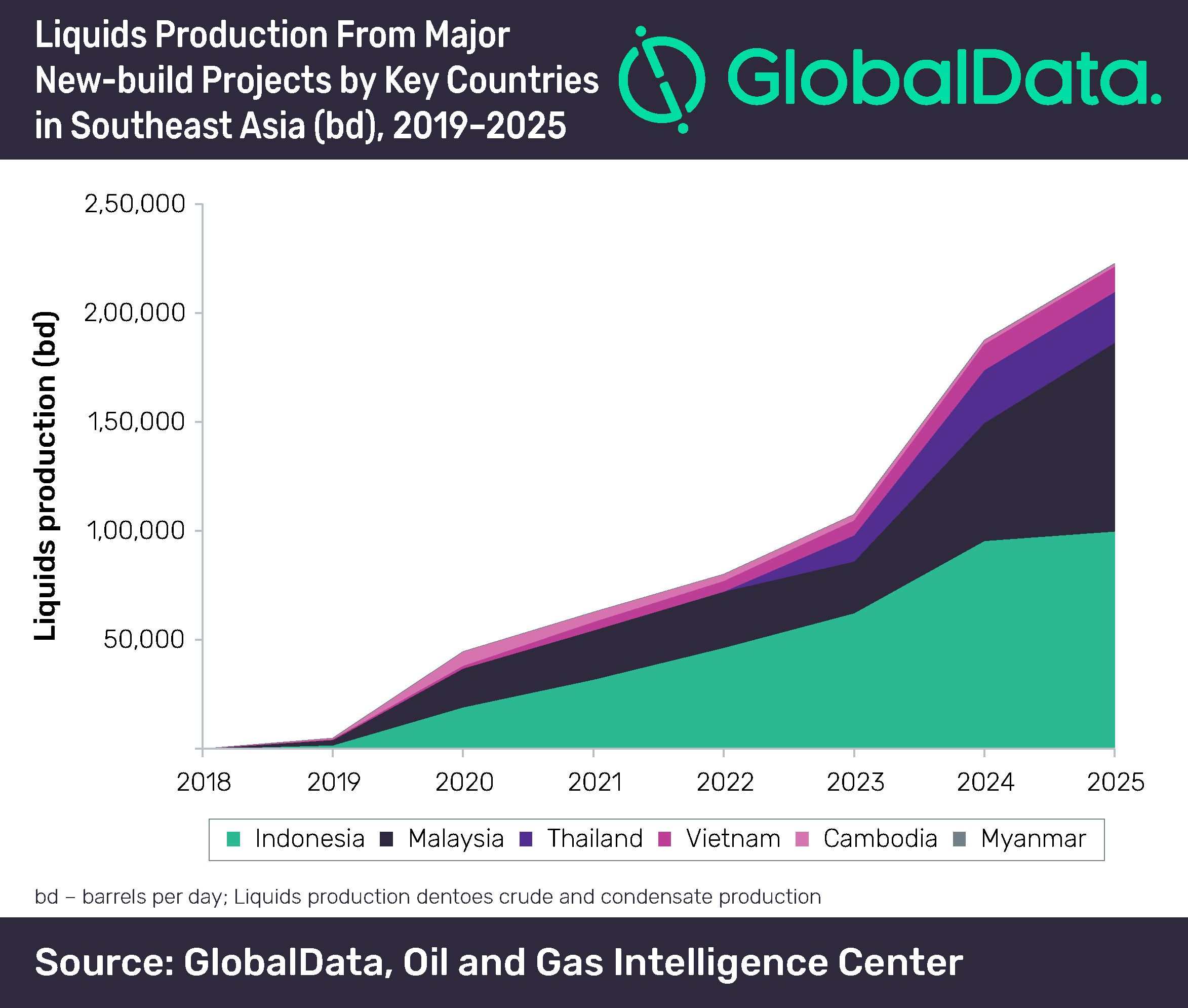 Indonesia and Malaysia will contribute around 80 percent of Southeast Asia’s total crude production from eight planned and announced projects in 2025, according to GlobalData, a leading data and analytics company.

The company’s report: ‘H1 2019 Production and Capital Expenditure Outlook for Key Planned and Announced Upstream Projects in Southeast Asia – Indonesia and Malaysia Lead in Oil and Gas Production’ reveals that besides crude production, Indonesia and Malaysia will also contribute more than 70% of Southeast Asia’s total natural gas production from planned and announced projects in 2025.

Among the countries, Indonesia accounts for highest number of upcoming crude and natural gas projects with 13 planned and 14 early-stage announced projects.

GlobalData identifies Malaysia as the second highest country with 18 upcoming projects – nine each in planned and announced stage. Vietnam follows with six upcoming projects, expected to come online by 2025. Cambodia, Thailand and Myanmar are the other countries in Southeast Asia with one upcoming project each.