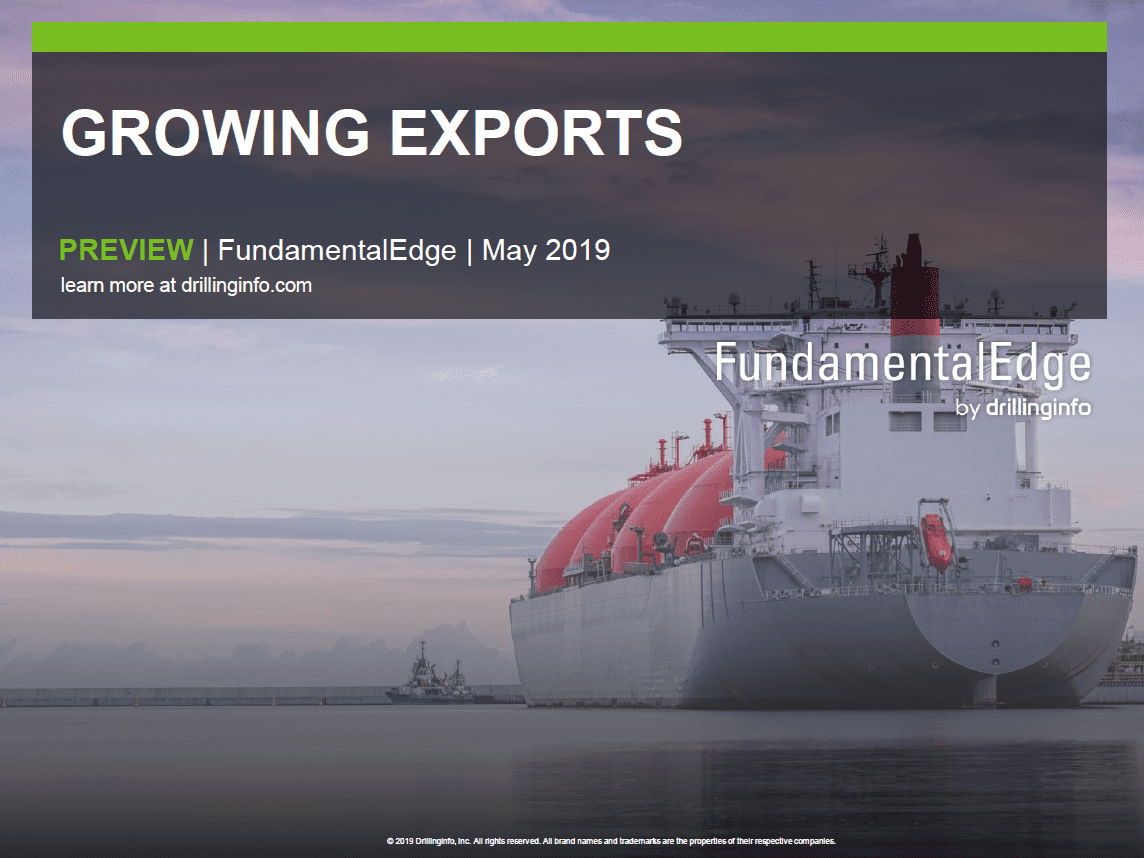 Austin, TX – Drillinginfo, the leading energy SaaS and data analytics company, has released an update on exports as a part of their FundamentalEdge series. The report points to continued production growth of crude oil, natural gas, and NGLs, that outpaces domestic demand, with the supply surplus heading overseas.

“The story on the future of oil and gas in America is becoming clearer. Every incremental barrel of production since the middle of 2016 has been exported. As U.S. crude oil production grows, all incremental barrels are (and will continue to be) exported,” said Bernadette Johnson, Vice President of Market Intelligence at Drillinginfo. “To facilitate this rapid increase in exports, additional infrastructure will be critical. Without it, operators will be stuck with a valuable product, but limited options of how to send it to market,” said Johnson

The report highlights that most of this infrastructure will be built in Houston and Corpus Christi, Texas. Corpus Christi is expected to be the leading point of export moving forward, due to its proximity to the Permian and Eagle Ford basins and being a less congested port. As natural gas production continues to grow faster than domestic demand, more gas is finding a home outside of the U.S. In early 2017, the U.S. became a net exporter of natural gas for the first time. During 2018, net exports reached an average of 2.5 Bcf/d. Over the next five years, Canadian imports and Mexican exports will each represent 5 Bcf/d, netting zero imports/exports. Therefore, the amount of LNG exports will equal the total net exports in the U.S. By 2024, the U.S is expected to net export ~10 Bcf/d of natural gas.

“This will be a busy year, and very telling for the future of the LNG export market,” continued Johnson. Three new facilities are expected to come online — Elba Island, Cameron LNG, and Freeport LNG. Additionally, currently operating terminals will be increasing their capacity with added trains in Sabine Pass and Corpus Christi. Beyond that, there are four projects already approved but not under construction, and many others have been announced. “If recent history has shown us anything, it’s that infrastructure doesn’t always come online as expected, and everyone, both the industry and investors alike, should expect some price volatility while the market balances itself,” she said.

For NGLs, strong production growth is expected to continue. Export markets will continue to grow, as supply will outpace domestic demand. As additional infrastructure hits the market, ethane, propane, and butanes will grow export volumes. Pentanes plus domestic demand is expected to grow in the short term, due to bottleneck issues and production cuts in Canada.