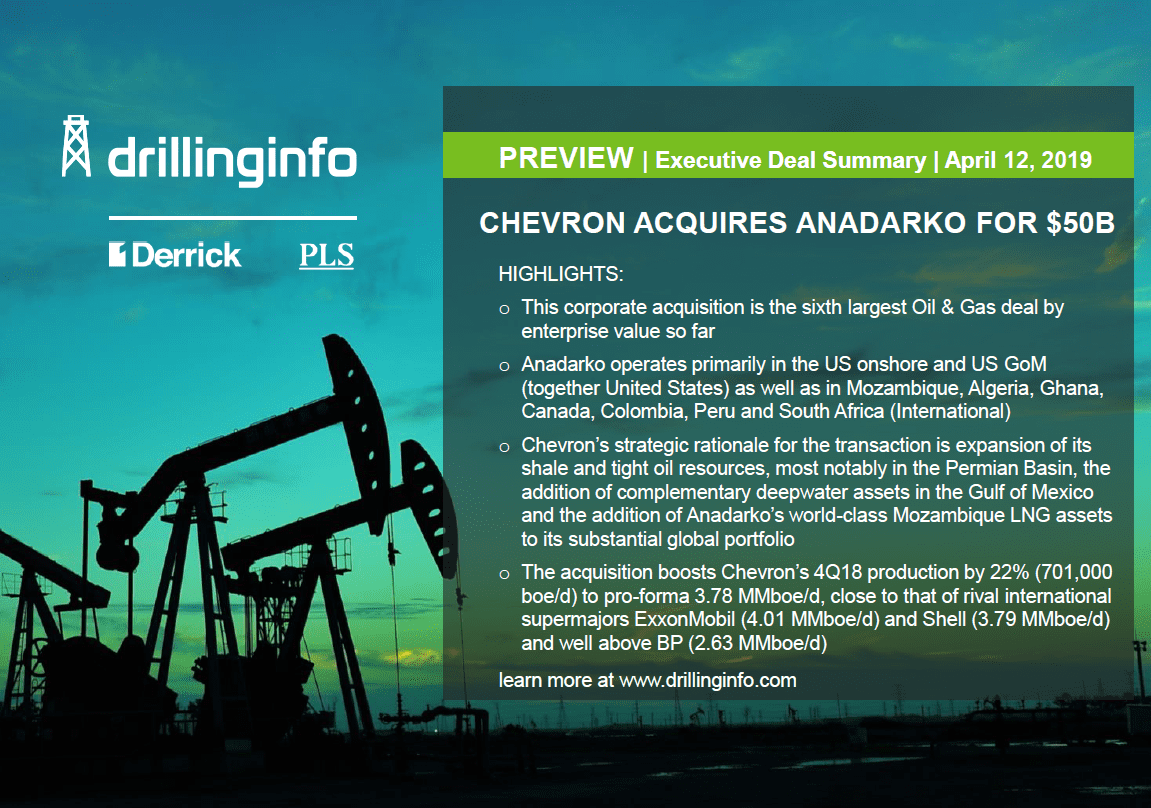 Austin, TX – Drillinginfo, the leading energy SaaS and data analytics company, released a new analysis focused on Friday’s announcement that Chevron would acquire Anadarko Petroleum Corporation for $50 billion, the sixth largest transaction in the history of oil and gas acquisitions. If finalized, the deal would break a ‘deal logjam’ given U.S. oil and gas M&A deal values plunged to a record 10-year low in the first quarter of 2019.

“From a Wall Street and investor perspective, the deal checks the boxes and is accretive on per share free cash flow, operating cash flow and earnings.  On the strength of synergies, Chevron bolsters its annual share buyback target from $4 billion to $5 billion per year,” said Dittmar. 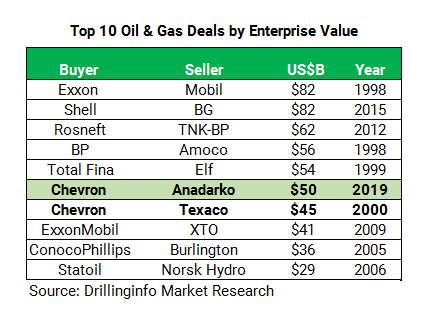 This large deal potentially opens up future transactions where companies could be on either side – buyer or seller.  Either way opportunity exists in a market where scale matters and equity values are soft.