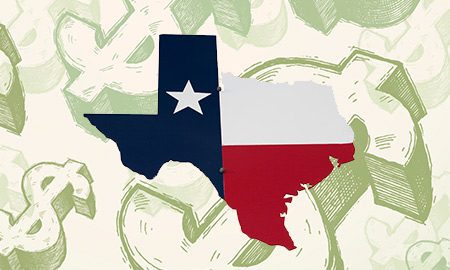 According the data released by the U.S. Bureau of Economic Analysis Midland, TX ended the Bridgeport, CT metro area’s reign as the area with the highest per capita income. Take that yankees!

The two counties that make up the Midland metro area had a per capita income of $83,049 compared to the second-place $81,068 for the Bridgeport metro area that includes Norwalk, Stamford, Greenwich and Danbury.

The change at the top is the story of two counties, figures show. Midland is heavily dependent on mining, which includes oil and gas, economist David Lenze said. Fairfield County, meanwhile, has an economy centered on the financial services industry.

While there was an $800 million increase in one of the two counties that make up Midland’s statistical area, there was a nearly-corresponding $798 million drop in the financial services industry in Fairfield County, said Lenze, who works at the U.S. Bureau of Economic Analysis.

“Not everyone who lives in those areas works in those industries, obviously, or benefits directly from them,” Lenze said.

“But the growth in mining accounted for $3,610 of the increase in per-capita income in Midland, while the financial services industry accounts for a $951 drop per person in Fairfield County.”

Midland is enjoying an upswing due to new technologies that are unlocking pockets of oil and natural gas. Those technologies have dropped Midland’s unemployment rate to under 4 percent, making it the lowest in Texas.

BMW sales in the Midland area have increased 50 percent more than two years ago, according to State Impact Texas.

There are three major components of personal income, Lenze said: net earnings, dividends and interest and transfer receipts. Transfer receipts are benefits like Social Security and Medicare payments, the economist said, and net earnings includes more than hourly wages. “Proprietorships and partnership income is included in that too, so this reflects the income of business owners and investors,” he said.

While Midland saw a $5,554 increase per person during the same period, transfer receipts — government benefits — actually fell by $281. That was more than offset by the $5,700 increase in net earnings. Dividends and interest increased by $1,134 in the area of Texas that Midland comprises.