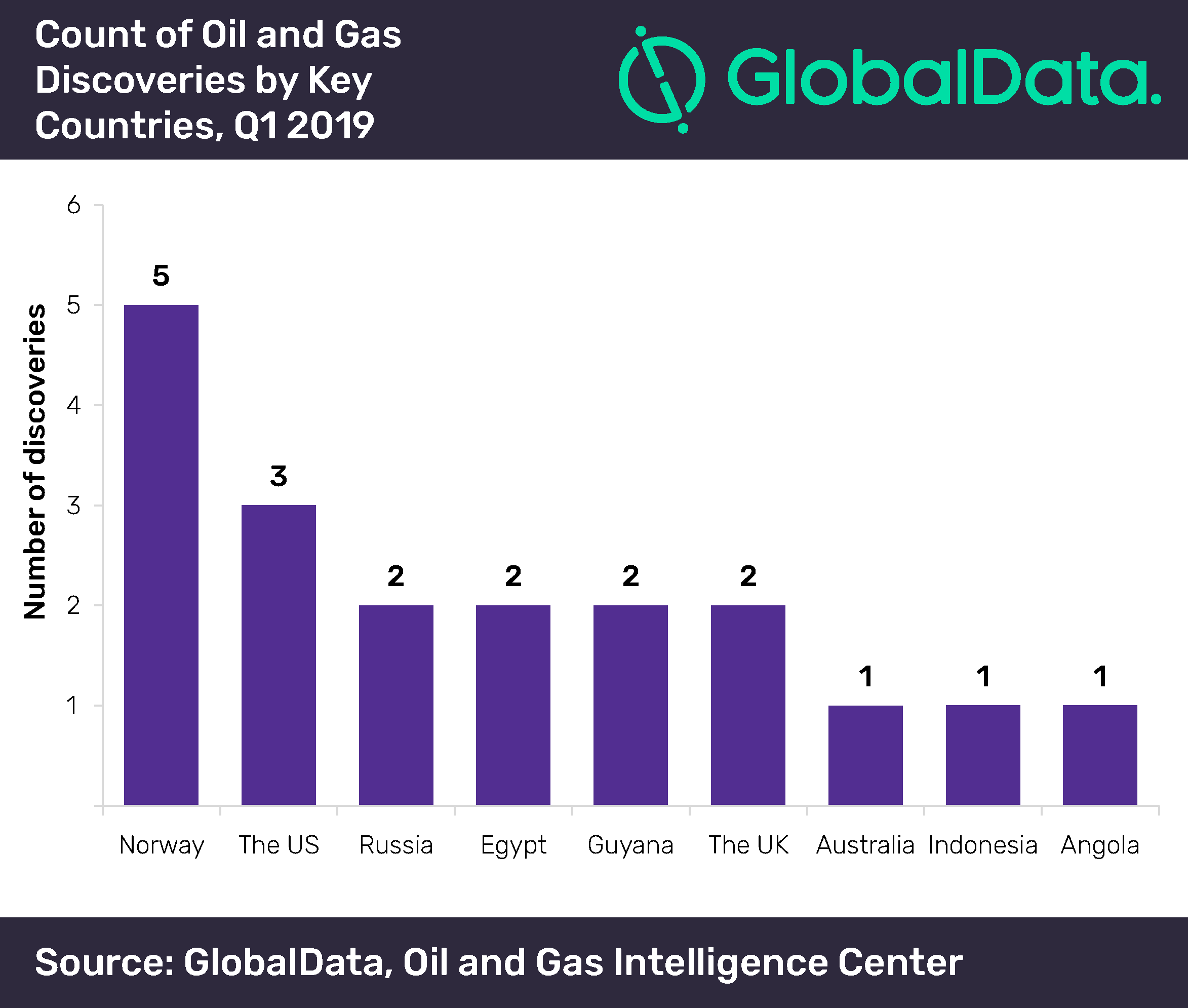 Among the countries, Norway had five discoveries, the highest among all countries globally in Q1 2019. The U.S. followed with three discoveries. Russia, Egypt, Guyana and the UK had two discoveries each in the quarter. Australia, Indonesia, Angola and Bolivia had one discovery each during the period.

Among operators, Statoil ASA and Exxon Mobil Corp led with three discoveries each in Q1 2019. Eni SpA and Total SA followed with two discoveries each. The rest of the operators had one discovery each during the quarter.

Oil and Gas Industry Faces Many Questions in 2021