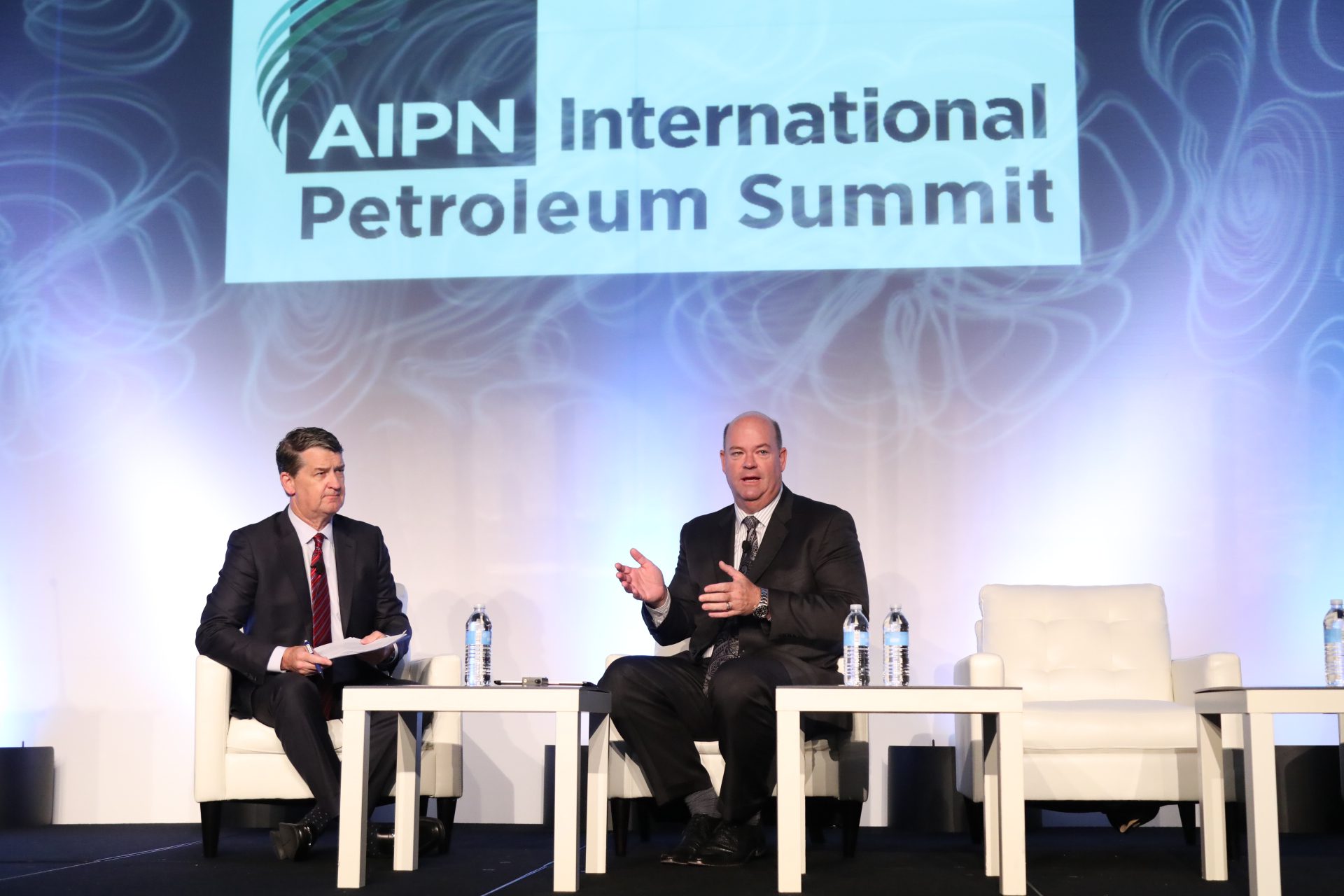 Houston – Speaking at the closing of the AIPN 2019 International Petroleum Summit (IPS), Ryan Lance, Chairman and Chief Executive Officer of ConocoPhillips spoke about his company’s “hyper focus on returns” highlighting that the “returns the energy industry has generated have been negative over the last 10 to 15 years. Investors are frustrated. We chase the cycle up only, they have to chase the cycle back down on the back side. We recognize it’s a mature industry growing at 1 percent per year. There’s a lot of companies, some tremendous companies … that have dramatic growth profiles. But when they put a hundred percent of their cash flow back into the business, don’t pay the shareholder a fair amount of money, they’re actually destroying value in the long run.

You’ve got to pay your shareholder upfront, you’ve got to be able to grow and develop your company off the cash flow that’s left over and you’ve got to have a focus on returns on capital employed.”

Technology was a constant theme throughout the two days of the IPS with many of the speakers agreeing that technology is going to play a great part in generating future value. Ryan Lance said, “The revolution that we’ve got going on inside our company is embracing technology, innovation and analytics…is it’s not so much about adding another rig it’s about how do you get more work done with that rig that you’ve got.”

Alma Del Toro President, Blue Bull Energy believes that, “Technology, such as unmanned platforms, will change the entire nature of the joint operating agreements. Technology is changing the game plan.” However, she pointed out that, “For a CEO choosing the right technology presents its own challenges.”

With panels on Venezuela and Brazil as well as several sessions on Mexico delegates recognized that South America, despite the huge amount of change in the last six months, would provide important opportunities for the industry’s expansion. When commenting about the political changes in Mexico Alma Del Toro said, “Shell, Murphy and Jaguar have reaffirmed my belief that the new administration has not changed much and that Mexico is open for business. Permits are getting issued and nothing has stopped.”