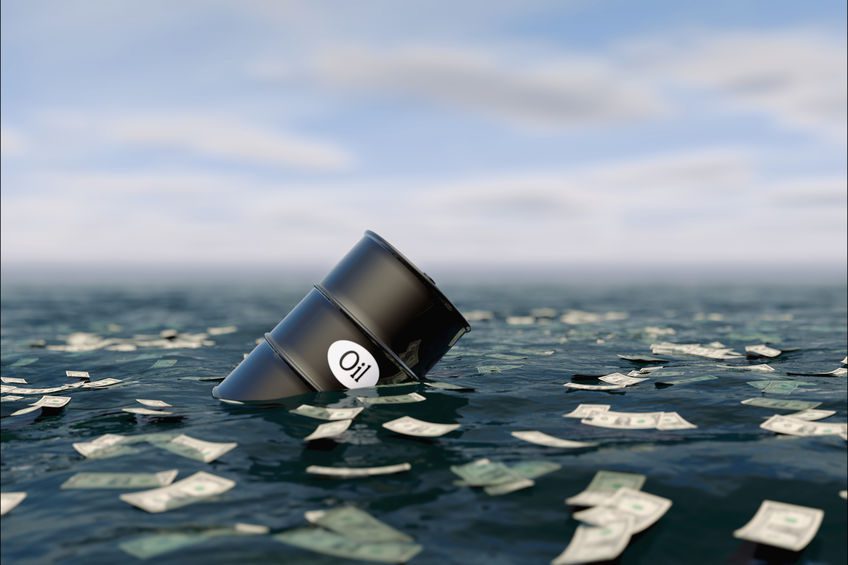 On Friday of last week (April 17), oil closed at $18.27 per barrel for May delivery, but when markets opened on Monday the selloff began and West Texas Intermediate (WTI) oil closed at -$37.63. It is the first time oil traded in negative territory.

Crude oil is traded, bought, sold all over the world, and the price varies from day-to-day and location-to-location. Most news sources report the futures price quoted for “front month” delivery, also called 30-day delivery, from the New York Mercantile Exchange (NYMEX). However, speculators can put contracts on “forward months” going 60 days, 90 days, or even a year into the future. When the price for these contracts is higher than the front month speculators are betting that prices will be higher in the future than currently. This is called “contango.” Traders have been calling the current situation a “super contango.”

It was a “perfect storm” on Monday because Tuesday was settlement day and Monday was the last day of trading for May contracts. Traders who did not sell their contracts oil would have to take possession. On average, only 1 percent of the contracts on the futures market exchange “wet” barrels. The other 99 percent are traded electronically on computers by speculators daily, and they are called “paper” barrels.

The trading scenario became more precarious on Monday because storage facilities are in high demand due to the oversupply of oil in the U.S. and internationally.

U.S. Secretary of Treasury Steve Mnuchin called it a “classic supply and demand imbalance” because of the oversupply of oil and low demand.

Demand was already declining this year just as the pandemic coronavirus spread throughout the world. Governments implement “shelter-in-place” requirements prohibiting travel and business activity, which resulted in steep declines in the demand for petroleum products. The demand situation will not improve until people get back to work.

The supply situation has already started to decline in some areas. U.S. oil production is down some 900,000 b/d, according to EIA, and is expected to decline to 11 million b/d by end of this year from a high of 13.1 million b/d in January. The drilling rig count, an important barometer of future activity, is down to 529 active rigs from 1,012 this time last year. Companies have cut their budgets and employees.

OPEC members and other countries that produce oil, including Russia, have agreed to reduce current production by 9.7 million b/d beginning May 1.

Possible solutions obviously involve decreasing supplies and increasing demand. Most experts believe that worldwide demand has decreased by 20 million b/d currently and it could grow to as high as 30 million b/d in the coming months depending upon how long it takes for people to get back to work and the economy to recover. Unless oil supplies decline quickly, the storage problem will get bigger and bigger. Refineries are operating at reduced rates because gasoline and distillates (jet fuel) inventories are at record highs.

President Trump wants to put some oil in the Strategic Petroleum Reserve, which currently hold 635 million barrels and has can take another 77 million barrels. He also has asked the Treasury Secretary and Energy Secretary to suggest other potential areas to soften the blow.

Regulators in Texas and Oklahoma are seeking solutions to the supply problem, too.

The “insane” events of this week have shaken the confidence in futures trading. The volatility in crude oil prices has long been a serious concern. Now that speculators have driven the price of a barrel of oil down more than $50 in a single day and sent it into negative territory, state and federal policymakers need to seriously consider changes into the manner this strategic natural resource is traded.

The Right to be Heard