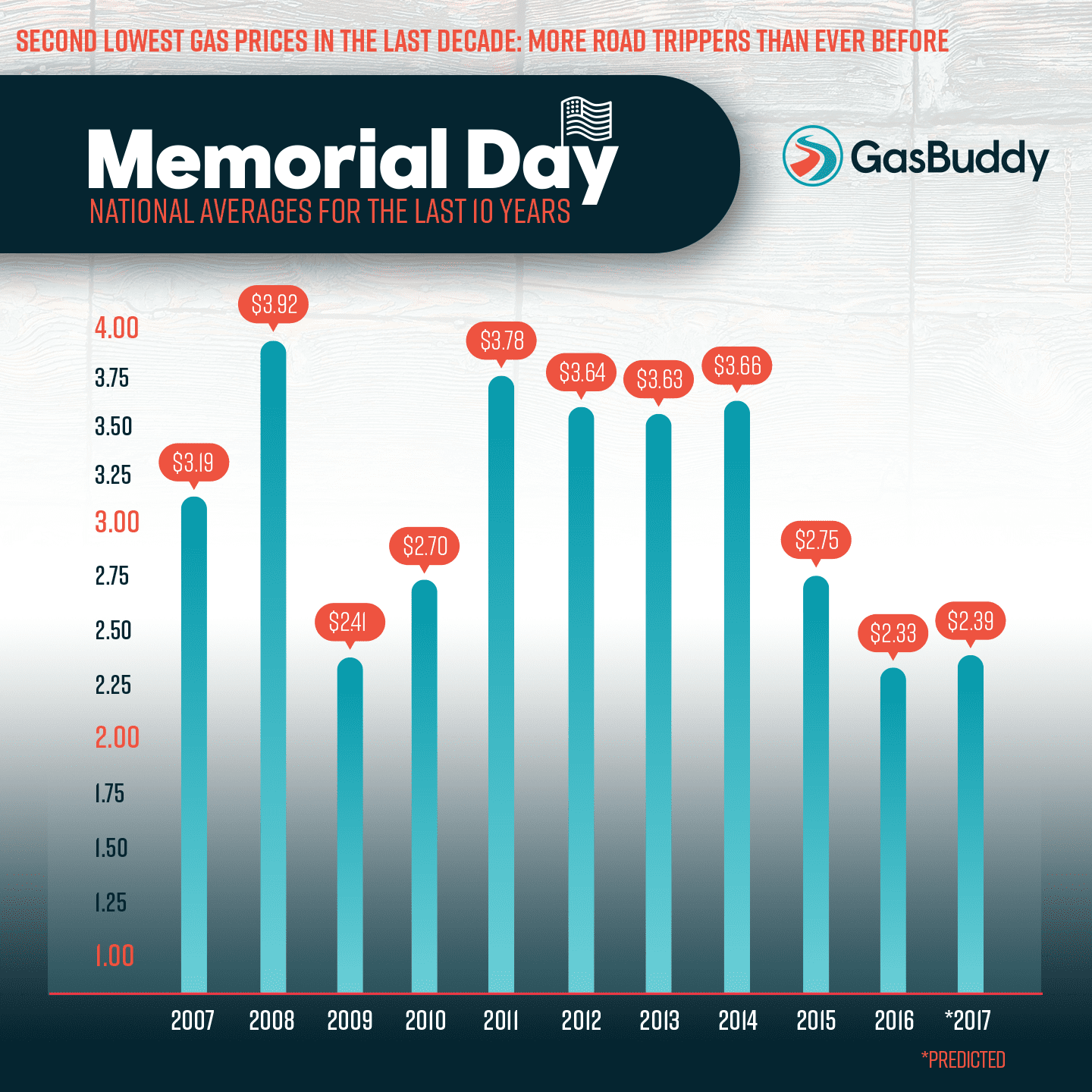 More Americans are planning to hit the road this summer compared to 2016, according to the annual Summer Travel Study conducted by GasBuddy. More than 82 percent said they will take a road trip this summer, a 7-percent increase from last year and a 9-percent increase compared to 2015, with a majority (70 percent) planning to take at least two trips.

A key finding behind the surge in travel is a feat never before seen: the national average gasoline price today is nearly the same (up 1.5 cents) as it was to start the year ($2.34), compared to the average increase of 47 cents1, and also nearly the same as Memorial Day last year ($2.33). The stability at the pump is likely sparking optimism for the upcoming summer driving season as motorists have not been hit hard by skyrocketing gas prices during the spring.

“It has been a remarkably quiet spring at the pump, perhaps even record-setting quiet as gasoline prices have seen minimal fluctuation during the normally explosive spring time. As a result, we are finding that more people than ever will be taking advantage by hitting the road,” said Patrick DeHaan, senior petroleum analyst for GasBuddy. “The incredible part is that nationwide, we’ll be spending $2.2 billion less over the long weekend versus the highest-priced Memorial Day weekend in 2011 at $3.78 per gallon.”

Despite stable gas prices, the price differentiation between stations is some of the widest in recent history. According to a recent GasBuddy study, there is a higher chance for consumers to overpay at the pump when gas prices are less expensive. SUV drivers can save on average $11 per fill-up by stopping at the favorable end of the price spread.