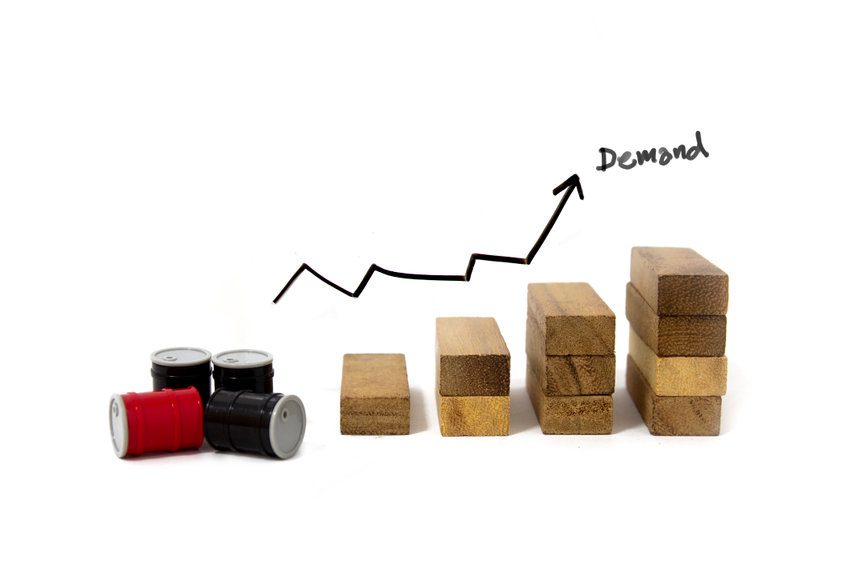 Petroleum prices are rising as the economies around the world recover from the Covid-19 pandemic and demand has caught up with supply.

The Energy Information Administration (EIA) this week forecast this week West Texas Intermediate (WTI) will average $71 per barrel during the third quarter of 2021, which is $6 per barrel higher than in the forecast issued last month, and Brent crude oil will average $73.

“We revised global production down by 210,000 barrels per day (b/d) in second half 2021, leading to larger forecast inventory draws in the second quarter of 2021 and smaller forecast inventory builds in 2022, which contributes to the increased price forecast,” EIA stated.

The Dallas Fed Energy Survey, which is conducted by the Federal Reserve Bank of Dallas, also finds that oil companies expect firm oil and natural gas prices for the remainder of the year.

The survey of 152 companies expects  WTI to average $70 per barrel and $3.10 per million British thermal units (MMBtu) by year end.

Demand for petroleum products continues to rise from 2020. Bloomberg reports a rolling average of U.S. total oil products supplied – an indicator of consumption – jumped to the highest seasonal level in government data going back three decades in the week ending July 2.

The week running up to the Independence Day holiday saw weekly gasoline supplied hit a fresh record in EIA data. The rolling average of diesel supplied, at 4.07 million barrels a day reached its highest for the week since 2017.

“While gasoline and diesel demand have returned to pre-pandemic levels, a surge in petroleum use for products such as plastic, asphalt, lubricants and other industrial needs is propelling the recovery,” Bloomberg stated.

Petrochemical producers invested heavily in manufacturing in the U.S. in the decade after fracking technology led to a surge in oil and gas production as well as low-cost natural gas liquids. The result has been an increase in plastic manufacturing along the U.S. Gulf Coast in recent years, Bloomberg reported.